A South African mother on holiday from Leicester in the UK was apparently accidentally shot by a relative who was cleaning a gun at his home.

Fatima Lambat Issa, 47, an educator, was killed in the incident which happened on Sunday at a gated estate south of Johannesburg.

Lambat Issa was on a two-week holiday with her 19-year-old daughter Humairah.

It was the first time since the Covid-19 lockdowns that she was able to return to South Africa.

According to Yusuf Abramjee, an anti-crime activist, a relative at the home she visited was cleaning his gun when a shot went off. The bullet hit Lambat Issa and killed her.

Her brother, Ebrahim Lambat, broke the news of his sister’s death on Monday via Facebook.

“Request duas for my sister Fatima Lambat Issa, who has returned to the mercy of Allah.”

Lambat Issa worked at the City of Leicester College, which conveyed its sympathy and condolences.

“We all wish her family courage and peace during this time.” 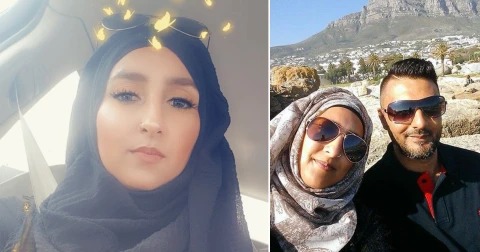 Her colleagues described Lambat Issa as having a wonderful personality and someone who always had a smile.

A’isha Rahman Khan, a friend of Lambat Issa, wrote on Facebook: “A very beautiful friend of mine has left this world but I am so grateful our paths crossed in this journey we call life.

“Fatima gave me so many special memories. Her friendship, compassion and love were always so fierce. I pray we are reunited again.

“May Allah grant you the highest abode. Forever grateful. Forever in my heart.”

Lambat Issa’s husband, Fayaz Issa, has on previous occasions travelled with her to South Africa. An image of the couple together in Cape Town was shared when the news of her death was posted.

At the time of the incident Fayaz Issa and their three other children were in Leicester.

He works for Leicester City Council. Issa and other family were planning to travel to South Africa for her funeral, which was planned for Tuesday at the Avalon Cemetery.

Gauteng police confirmed that an investigation was being conducted.

The response from Zwane after he was asked if he had received an invitation.

Fuming Hugo Broos throws some Bafana players under the bus