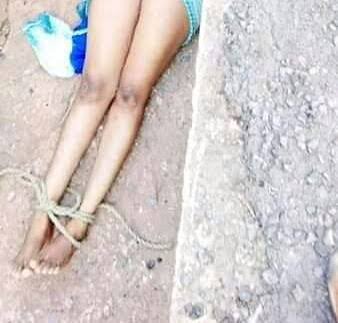 Police in Hillbrow have secured the successful arrest of one suspect in Hillbrow after he allegedly shot her girlfriend to death left her in the street.

According to the daily talk online TV news report, a woman was found dead by police in the streets of Hillbrow earlier today 23 October 202, according to witnesses who were at the scene it's alleged that the deceased woman and her boyfriend were arguing over a WhatsApp message that another man sent her.

The man repeatedly accused the woman of cheating on him, the woman denied the allegations and the man got angry to an extent of pulling out a firearm and shooting her several times then leaving her to die in the streets, witnesses called police to the scene and the suspect was arrested.

The suspect is currently in jail and will soon be appearing in court to face a charge of murder, women should leave a relative as soon as they experience any type of abusive behavior from a partner before things escalate to incidents such as murder.