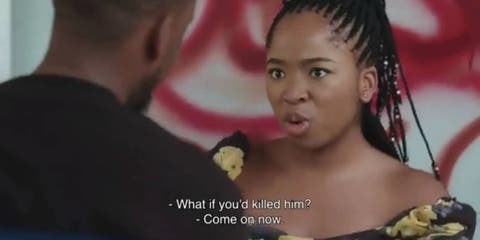 Yesterday Nkunzi and Gabisile consummated their relationship, but then Gabisile felt guilty and started questioning what they had done. Nkunzi had to remind her that they were adults. Gabisile acknowledged her mistake involving Phillipe and confessed that she did it out of jealousy.

Pastor Gwala is down but not out; he is now more than convinced that Sbonelo is hiding something in that construction site and will uncover it. The church ladies found him injured and lying down in his house. The ladies were concerned about him after he didn’t show up for an important meeting.

Nkunzi cannot believe it when Pastor Gwala names his attacker as Sbonelo. 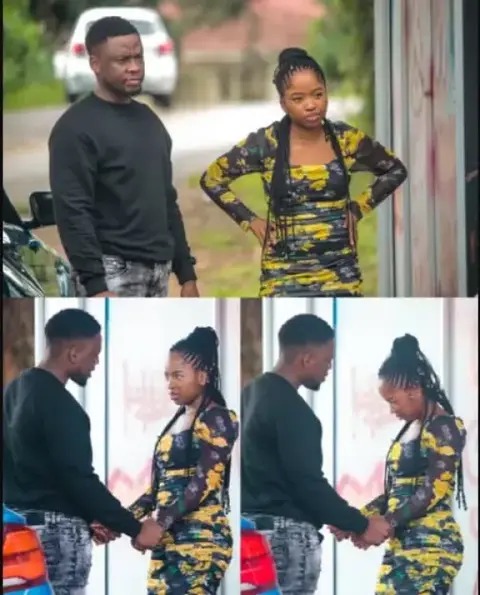 Babekazi could face jail time if the investigator finds her. Babekazi has the police investigating her.

It’s getting harder for Sbonelo to hide the truth from surfacing from six feet under.

Another day of being collateral damage in S’bonelo’s mess

Another day of being collateral damage in S’bonelo’s mess. Credit: Uzalo/Twitter

Today we find Nonka shocked to hear that Sambulo was attacked, and she suspects Sbonelo immediately. She calls him to question him, and he doesn’t deny it.

Nonka disapproves of what Sbonelo did. Sbonelo will not let him near that site, and according to him, he has succeeded.

Sbonelo doesn’t know that Pastor Gwala is now more than determined to discover where Nomzamo is.

Nkunzi clarifies his intentions to Gabisile about their relationship. Gabisile is scared that Nkunzi will leave now that they have spent the night together. Sbonelo nearly caught them yesterday, and now he suspects something is going on between the two. These two have been through everything, but will the relationship survive? What is coming? Babekazi is planning a hostile takeover at the Bhebhe house; if her plan succeeds, Nkunzi will kill Gabisile for stealing his money.

Mbatha is forced to take desperate measures against Norah. The plan is still on. There are hiccups along the way, but Babekazi is set on pulling it off.

Let’s see if Babekazi managed to escape the law on tonight’s episode of Uzalo.

Reports: After they brutal killed a 6-year-old for muti rituals, this is what the community has done

Police officers sleeping on duty, have a look at the photos