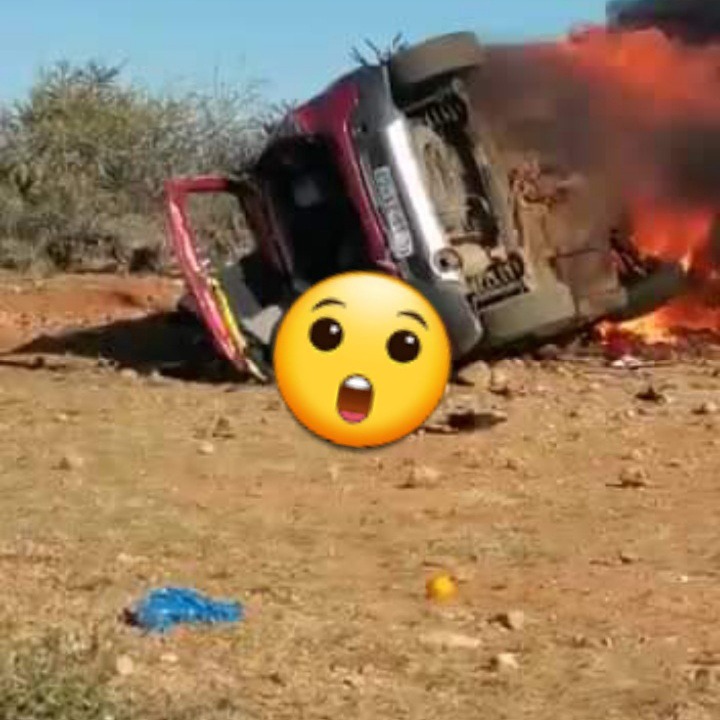 Two vehicles belonging to the suspects were set alight while the suspects were inside, two of the suspects managed to flee the scene, the third suspect who was also trying to escape from a burning vehicle was stoned by community members until he died inside the vehicle. The video footage of the incident can be viewed on the Flyingnewslive news page.

South African Police Service (SAPS) members arrived at the scene after the incident occurred but no arrests were made.

Predicted Mamelodi Sundowns starting Xl against TS Galaxy. Check If Abubeker Nasir Is On The List

6 Provinces will experience loadshedding tonight. Here's where and some tips to prepare.

Sad: See what this chinese Man did to a Ghanaian Man who answered a call while working for him.