'If I Wanted Zanele Dead, I Would Have Left Her Die, - Nomia Rosemary Ndlovu

By Senorita* (self media writer) | 4 months ago

If I needed her dead, I would have gone out to pass on and not surged her to the medical clinic."

This was the declaration from previous cop Nomia Rosemary Ndlovu about occasions encompassing the demise of her niece Zanele Motha. She was affirming in the Johannesburg high court on Monday.

Motha kicked the bucket subsequent to supporting genuine wounds while she was visiting Ndlovu at her home in Clayville. 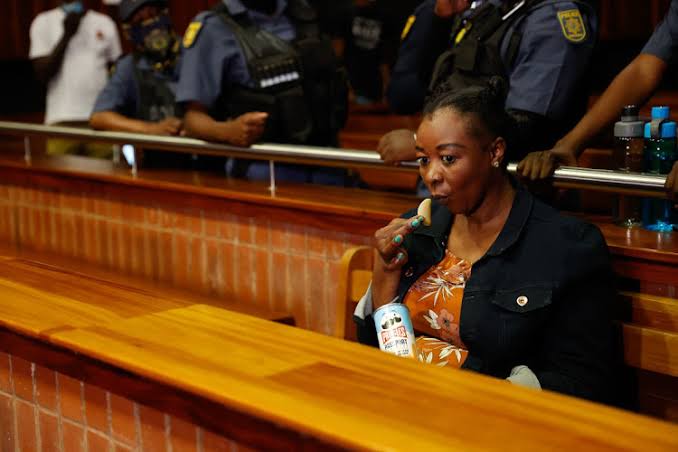 There has been disarray regarding how and where Motha supported her wounds. In the prosecution, it is expressed Motha supported wounds after purportedly being struck by a vehicle in Kempton Park.

However, when Ndlovu affirmed in court last week, she said she had gotten a call from her sibling to hurry to Thembisa Hospital where she discovered Ndlovu situated on a wheelchair and  currently released.

She said her niece, a youthful mother of three, never clarified how she had supported the wounds.

Ndlovu returned Motha to her home in Clayville and she said she dealt with her for a day. Motha grumbled of extreme torment the following evening so Ndlovu said she hurried her to the Arwyp Hospital in Kempton Park, where she was announced dead on appearance.

The state addressed a significant point. Investigator Riana Williams asked Ndlovu for what good reason she had not returned Ndlovu to Thembisa Hospital where she was treated previously or to Zamokuhle Hospital, a private clinic near her home, or even the Life Carstenhof Hospital, likewise closer, rather than heading to Kempton Park. 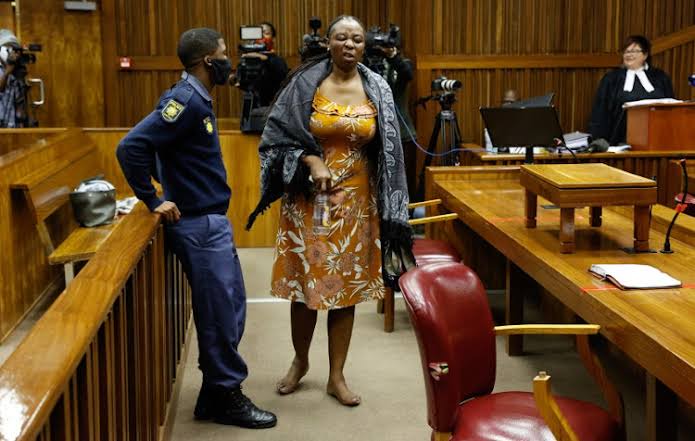 Ndlovu said they were not happy with the assistance got at Thembisa Hospital as notwithstanding them treating Motha, she was as yet in torment. Zamokuhle was under redesign and she was uncertain about whether they would be adjusted. She thought it was too hazardous to even think about passing through Thembisa to get to Carstenhof.

Williams inquired: "Did you realize it involved life and demise?"

Ndlovu reacted: "It didn't happen to me. I didn't think about that. I never figured she would pass on. All that was to me was to get her to the clinic."

She said she didn't know what amount of time it had required for her to arrive at Arwyp Hospital however accepted it had been around 30 minutes.

"The way that you didn't take Zanele to the nearest medical clinic shows you were not intrigued by her improving," Williams put to Ndlovu.

"In case that was the situation, I would have gone out to bite the dust. I would not have tried to take her to the clinic," said Ndlovu.

At the point when her niece died, Ndlovu capitalized on nearly R120,000 from three approaches she had opened in Motha's name. She helped the family with about R60,000 and stashed the rest. She said she had kept this cash in her record, expecting to maybe utilize it for the uncovering of Motha's headstone.

Ndlovu said she didn't consider offering it to Motha's sweetheart, who had been passed on to deal with their three small kids, in light of the fact that the beau had revealed to her he didn't need anything to do with her.

TimesLIVE addressed Motha's beau last week. Jabulani Nhlapo told TimesLIVE of the doubts he had encompassing Motha's passing, saying he had addressed why Ndlovu had abruptly needed to guarantee her. He said they didn't have a cozy relationship.

During questioning on Monday, Williams took Ndlovu through the last couple of seconds when Motha was allegedly seen alive.

"At the point when you tracked down her on the floor hacking, was she actually speaking?" Williams inquired.

"Indeed. I asked her what was happening," said Ndlovu. "She said she was in torment. She said nothing more. I expected to take her to the clinic so I asked nothing more."

"How could she get into the vehicle?" Williams inquired.

"She was more limited than me. I requested that she put her arms around me. I drove her to the vehicle, put her in the secondary lounge, shut the entryway and drove her to clinic," Ndlovu said. 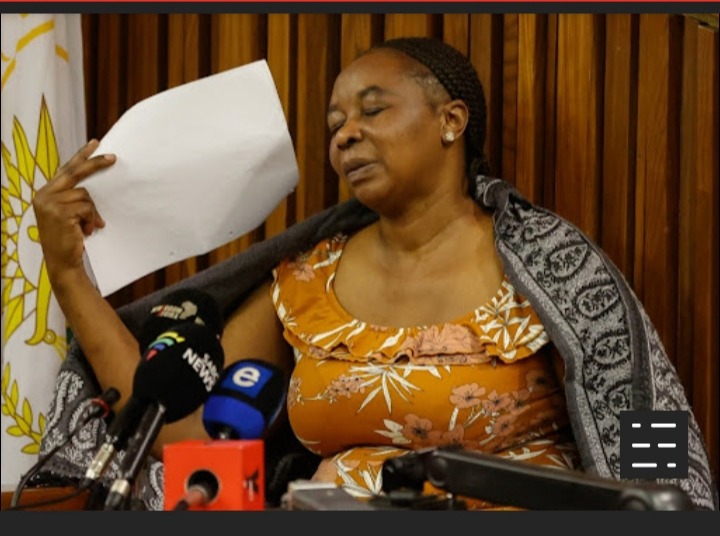 Along the course, Ndlovu said, Motha was crying from torment.

As per the state, at 1.08am — six minutes after she had shown up at Arwyp Hospital — Motha was pronounced dead upon appearance.

Another essential piece of the state's case is that when Motha was treated at Thembisa Hospital before her passing, the inspecting specialist said she had just had scraped spots to her face. However, when Motha passed on, her wounds were more serious. An after death uncovered she had cracked ribs and her liver was harmed.

The specialist, Ipeleng Nku, affirmed during the preliminary. Nku told the court the main likely clarification was that Motha had supported these wounds after she was released as it was absolutely impossible that she would have released Motha under such conditions. She said Motha would have been in horrendous torment — an excessive amount to have left the clinic.