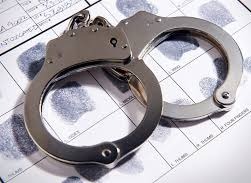 It ended in death for a girlfriend in Eastern who found her boyfriend with another woman at his place on Sunday morning . The woman whose boyfriend is a member of the South African Police Service reportedly went to her man´s place and found another woman .

An argument between the gitlfriend and her cop-boyfriend heated up . For reasons unknown , the law enforcement agent pulled out his gun and reportedly shot his girlfriend six times . She reportedly died on the spot . The boyfriend got arrested by police and his firearm got confiscated as well.

The boyfriend was reportedly stationed at Kanvelihle Police station . In accordance to the information that was released , it was noted that the police officer did not have any history of domestic violence .The identity of the victim was not revealed as the investigations are still ongoing . The murder suspect will appear in court soon .