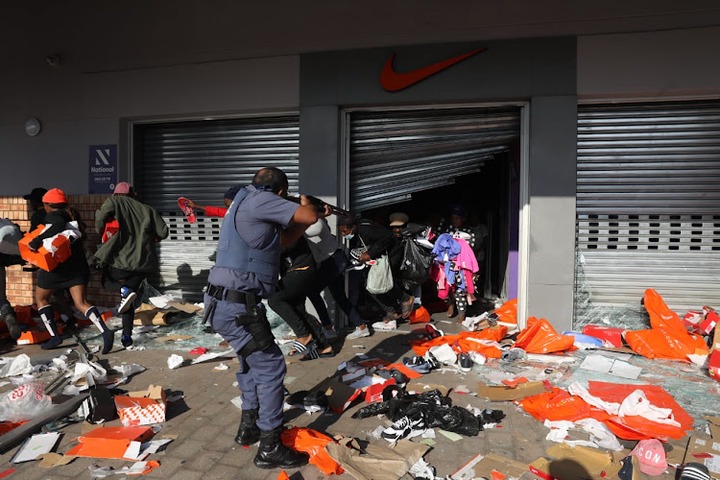 Gauteng chief David Makhura said on Friday the reaction by the police to the turmoil that grasped Gauteng in July was insufficient.

"I have no question the police were going near, however their reaction was not satisfactory," Makhura said at the SA Human Rights Commission (SAHRC) hearings on Friday.

"The police actually need to let us know who was coordinating the brutality."

He said the Gauteng government was discontent with the manner in which the occasions paving the way to the turmoil were taken care of.

The plundering in Gauteng, Makhura said, was an indication of frantic conditions which were a consequence of the deteriorating monetary circumstance because of the Covid-19 pandemic.

He said web-based media postings could have fuelled the turmoil.

It isn't unexpected reason there were individuals who were upset, yet overstepping the law is something different by and large.

He said when the common turmoil hit KwaZulu-Natal, authorities were stressed the circumstance would influence Gauteng.

"There was no significant assault on key state foundation aside from the plundering in malls. We actuated private security organizations that worked intimately with the police," the chief said.

He said on the grounds that the uprising didn't occur didn't mean there had not been an endeavor to oust the specialists.

"From checking out the messages via online media in the approach the assembly, you will reach the resolution it was coordinated. I question the expectation was tied in with plundering."