There is a traditional saying that's says “The big great tree has fallen”, which is often used in the event of the death of someone important and respected in the community.

It is usually used in the event of the death of an elderly person who was a pillar, a repository and an expert.

It is no exaggeration to say that the people of the Eastern Cape are full of grief this week following the news of the death of King Ngangomhlaba Matanzima. 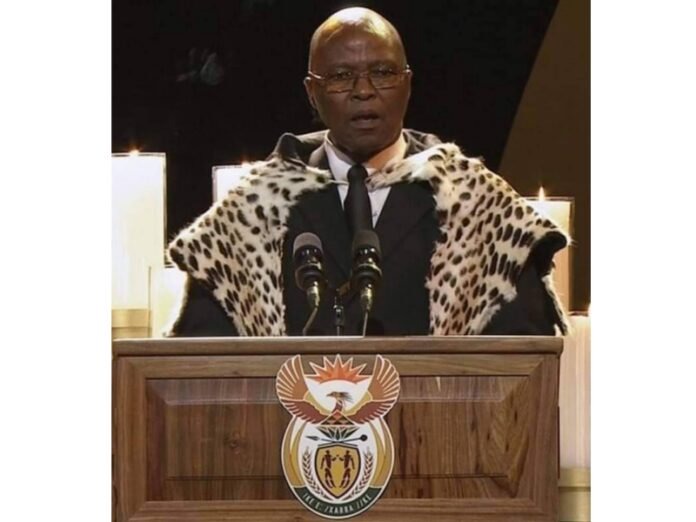 It is a great loss to the Thembu people especially the Madlomo House which is the Royal Household of the late President Nelson Mandela.

The Eastern Cape House of Traditional Leaders confirmed on Tuesday that the veteran traditional leader was in a state of shock.

“A man of integrity, with a big body and strength has passed away. Inkosi MJN Matanzima was a handsome man, a good leader, and a hero of traditional communities, ”the Royal Household said in a statement.

Amakhosi in the province commended King Matanzima for his contribution to the construction of the House of Traditional Leaders in the Eastern Cape and for serving the house for 21 years.

King Matanzima was considered the great Thembu tree and Mandela's house because he was the one who was able to unify and control the bitter feud between the various houses in the ruling Madlomo tribe.

All the Bathembu houses including the Mtirara, Matanzima, Mandela, Dalindyebo, Manqanqeni and Joyi families have various grievances against the Thembu people 'leadership.

King Matanzima was loved and respected by many Eastern Cape tribes for his role in shaping the traditional leadership nations in these regions.

As the leader of the Moral Regeneration Movement in the province, King Matanzima “valued morals and ethics” and once spoke out against sexual harassment, urging men to change.