Kiambu County police have taken custody of the three individuals suspected of being involved in the murder of Purity Wangechi, a college student who was 19 years old.

According to the reports that were filed with the police, the victim, who was a student at the Kenya Institute of Mass Communication (KIMC), was allegedly beaten to death in the wilderness close to the Kiambu train station. 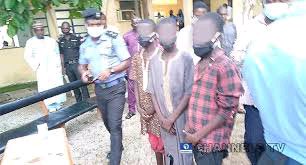 The primary suspect, John Wanyoike Kibungi, along with two of his accomplices were reportedly arrested on Sunday morning at their hideout in Kirigiti as they prepared to depart the scene of the crime. 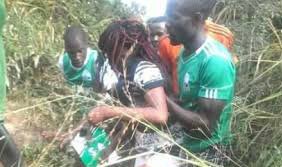 During the search that took place in the wee hours of the morning, law enforcement found a vegetable knife carefully hidden in his waistband. This knife had been used to attack an innocent young student. 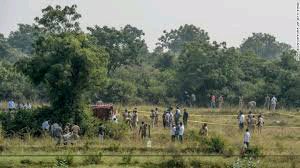 Her parents say that they saw their daughter for the last time on Friday evening, when she was on her way into town with a few companions.

"She left the house on Friday night to go into town, and she was never seen or heard from again." The deceased person's uncle, Mr. Duncan Kamau, stated that the deceased person's body was discovered the next morning by a child who was walking to school near the train station. 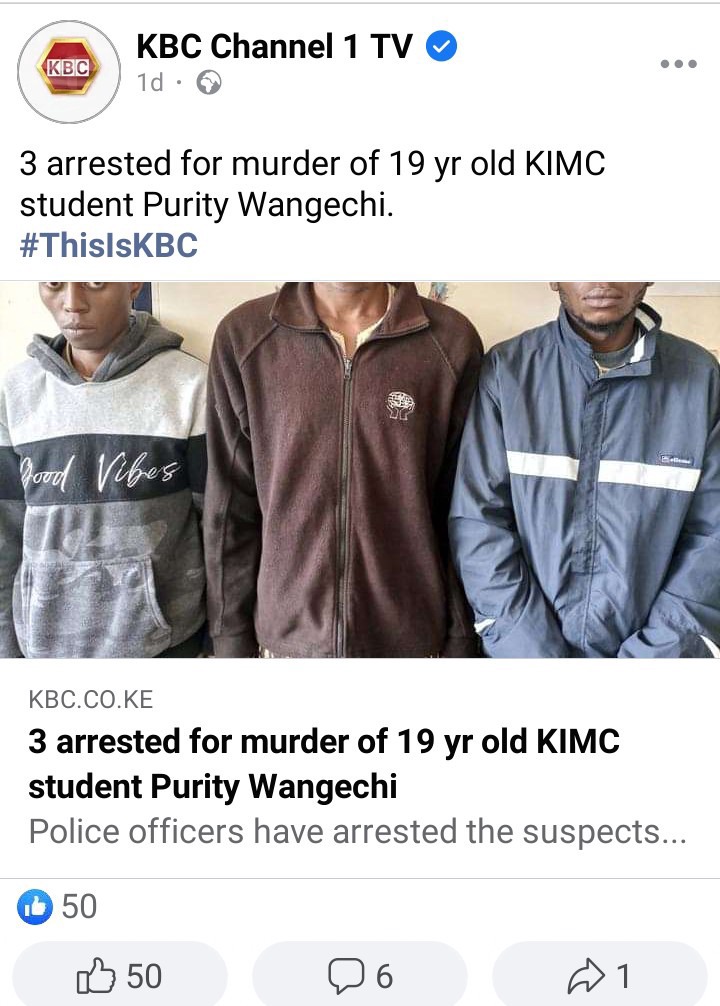 The crime took place late at night, when everyone in the neighborhood was sound sleeping, and the alleged perpetrators broke into the house of the deceased while everyone else was asleep.

They took the victim into the nearby woods and subjected her to a series of sexual assaults one after the other. After that, they stabbed her in the stomach multiple times with a sharp knife and then abandoned her to die in the bushes.

On Saturday, the police conducted a manhunt in order to locate the culprits, which ultimately resulted in the defendants' apprehension. 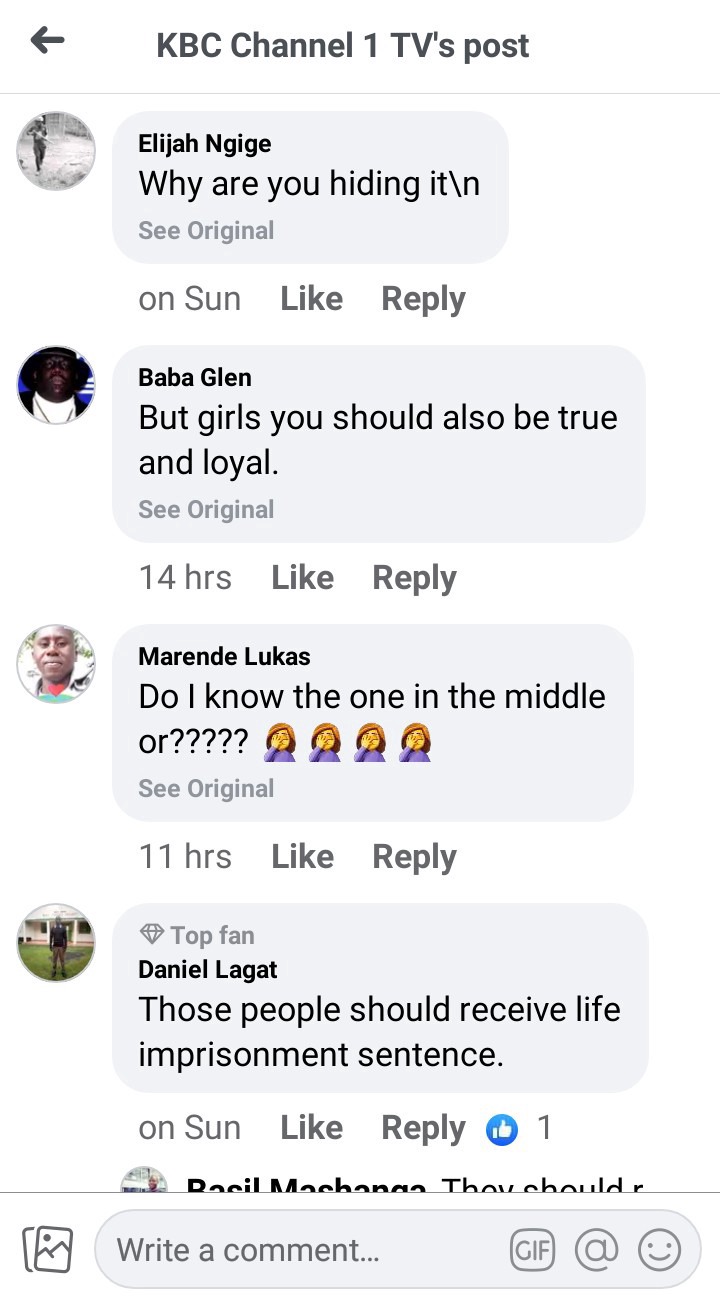