Leading carjacking squad taken down, check what they were found with

On Saturday the 25th of September 2021, a report was shared by members of the Johannesburg Municipal Police Department which left many putting on smiles on their faces. 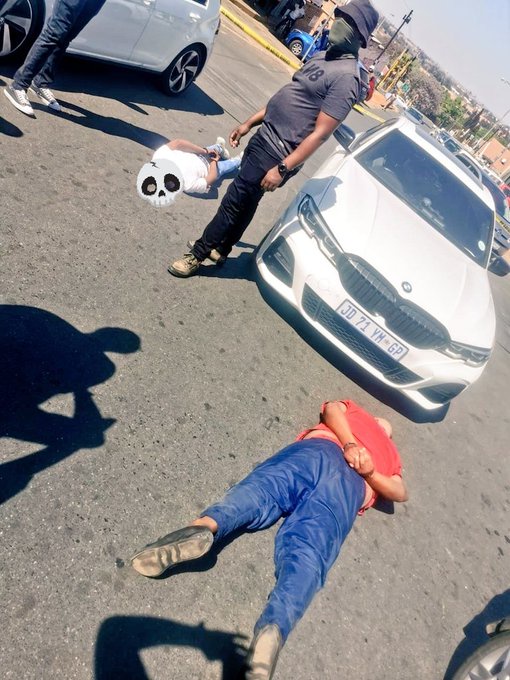 This was after the officers from the JMPD carried out the joint operation with the assistance of members from the South African Police Services. This was part of the crime prevention operations which was aided by information which had been made available to the police but members of the public.

A cooperation between the police and community members led to the arrest of criminals were on the verge of carrying out hijacks in the West Rand area. In the report it was stated that the members of the police department received information of suspects through a tip-off.

A description was given of the vehicles which the suspects will be using. The team kept an area in Olivienhout Street, Bosmont under surveillance as this was set to be where the suspects were set to carry out the hijacks. When a vehicle which was believed to be the one who suspects were using was spotted, the officers the intercepted and stopped it. 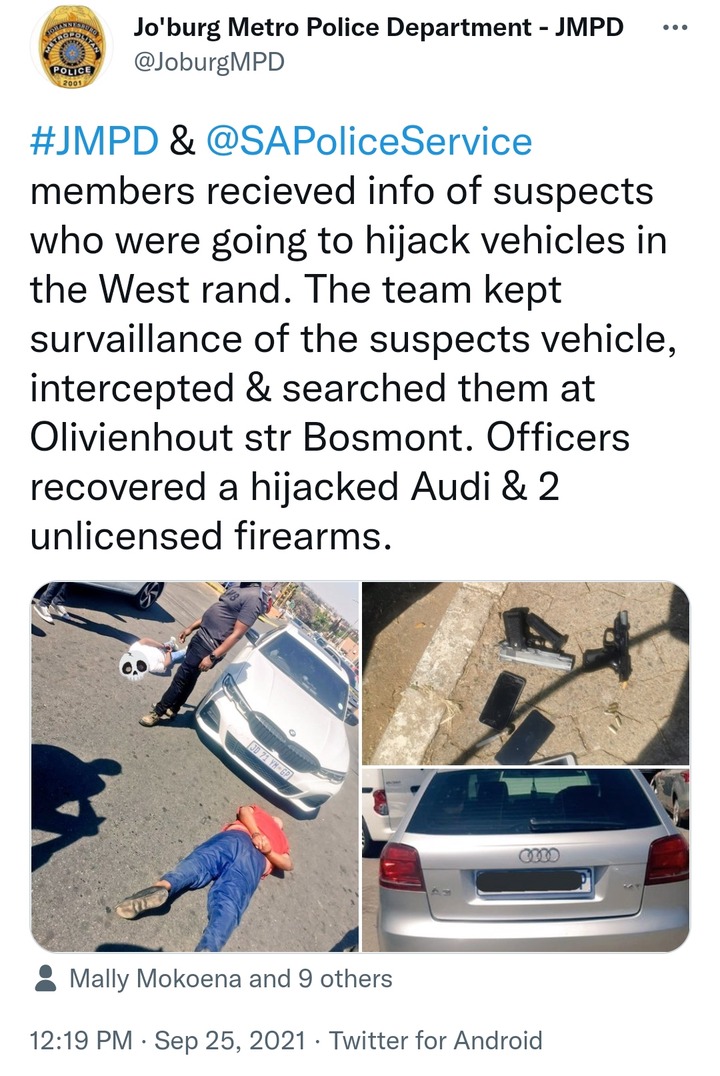 A search was done on the vehicle and the members found out that there were two unlicensed firearms which were with the suspects. 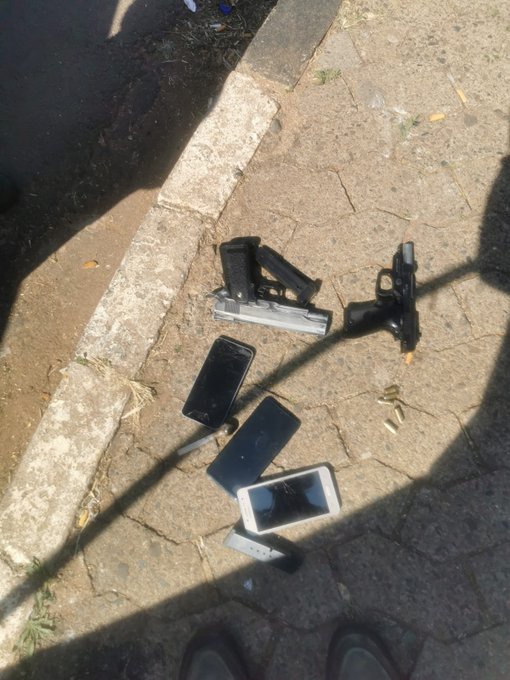 They were immediately arrested and have been taken into police custody. They are set to make an appearance in court as soon as they are charged.

The firearms which the suspects had are set to be taken for a ballistic testing to ascertain if they were used in other crimes which were reported in this country.

Preliminary investigations review that the vehicle which was being used by the suspects which was an Audi was hijacked.

It seems like this syndicate which was taken down was one of the leading criminal gangs which in operation in the Gauteng Province.

Not Again || Zikalala In Shock As Another 'Top' ANC Leader Kick The Bucket.