In the last several weeks, a river in western Kenya has yielded the remains of at least 20 people.

a human rights group says the majority of the remains recovered from the River Yala, which empties into Lake Victoria, were found in sacks, some tied up and others broken, indicating that the victims had been subjected to torture prior to their disposal in the river, 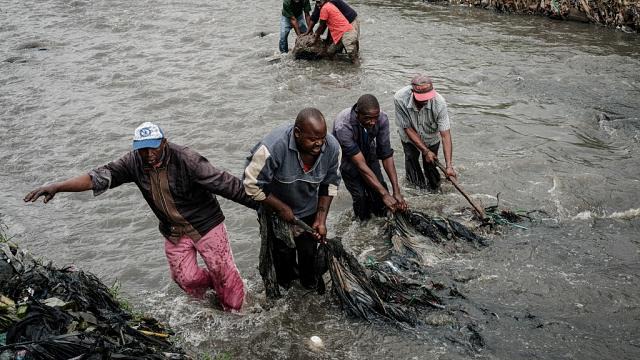 Individuals who have yet to be identified are responsible for dumping the bodies. This is shocking and disturbing. Hussein Khalid, Executive Director of Haki Africa

An additional nine unidentified victims were buried in a mass grave to make room for more, according to Haki Africa's Executive Director Hussein Khalid.

The dead are allegedly dumped into the river by mysterious people at night, according to locals.

Mr Khalid and Boniface Mwangi, another activist, went to the scene and saw two bodies floating in the river. They reported this to authorities.

We were alerted to stories of dead bodies floating down the Yala River by users on social media. There were 21 bodies of unidentified men in Siaya County, where we visited. Two more were visible in the water. 67 people were reported missing in 2021, and 8 have been reported missing so far in 2022, according to @HakiAfrica. pic.twitter.com/A7yfuepEVj River Yala Bodies

In the words of @bonifacemwangi, "The People's Watchman" In the year 2022,

More than 20 decomposing carcasses were found in the Yala hospital mortuary by Boniface Mwangi and the leader of the local human rights organization Haki Africa.

Many Kenyans have used to social media to express their outrage at the news, raising concerns about their safety in the region.

Since July last year, 31 remains have been recovered from the river, according to local residents.

However, despite our skepticism, we complied and followed him to the river. He had found and shown us two bodies in a matter of minutes. According to the activist, "the entire sight was horrible.

Other Kenyans have been inspired by this narrative to publicly proclaim the dismissal of loved ones and to begin a search for them.

"Greetings, loved ones! I'm just a bewildered parent who has no idea what to do. My 14-year-old kid is shown below. He's been reported missing by the school. Please, anyone who sees this face, bring him to the local police station. Simply put, I'm a single mom." The name of Katrina Malika

Fifa's #RiverYalaBodies are now available for pre-order on Amazon.com.

According to reports, the remains are transported by trucks from various locations before being discarded in the river.

Kenyans want to know who is responsible for the killings and how many people were killed.