"I don't know why I Chopped her, she bought drugs for me to improve my performance" -Ex-convict

"I don't know why I killed her, she bought drugs for me to improve my performance" -Ex-convict

Malomo Jamiu, 18, has confessed to the murder of a lady identified as Omolara in Ogun State. During his interview with Punch News, Jamiu detailed the incident that prompted him to stab his victim and how he was eventually apprehended by his victim's friends.

You may recall that an ex-convict made headlines recently after allegedly stabbing to death a lady of the night in Ogun state. The culprit was caught by the Ogun State police command and has subsequently spoken out about the incident. Jamiu stated in an interview with Punch, "I am eighteen years old. I am an apprentice surveyor and have already begun receiving job offers. On the 18th, I went to a hotel to patronize 'Oloshos'; upon my arrival, I chose my favorite (Omolara) and we agreed on a fee of N10,000. Following that, I drove her to my home in Oke-Aregba, where we completed our transaction. However, we had a disagreement after I paid her N8,000 but she insisted on receiving N10,000, which A assured her she would receive. After we stepped outside, I handed her my phone and informed her that I was going to help her regain her balance inside."

Jamiu continued by stating, "After checking where I kept my money, I discovered that I was out of cash, so I picked up a knife and carried it in my pocket instead. I returned to Omolara to inquire about accepting the N8,000, but she refused, and so I stabbed her. I fled the scene after stabbing her out of fear."

Jamiu explained how he was arrested, stating that Omolara's associates recognized him at a club and interrogated him. The situation eventually became tense, and the police were called in. 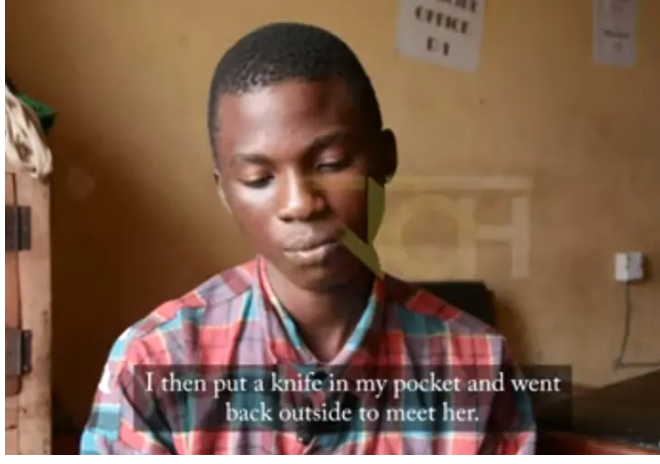 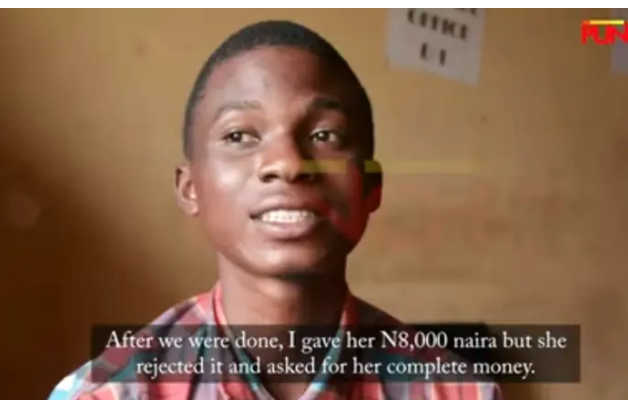 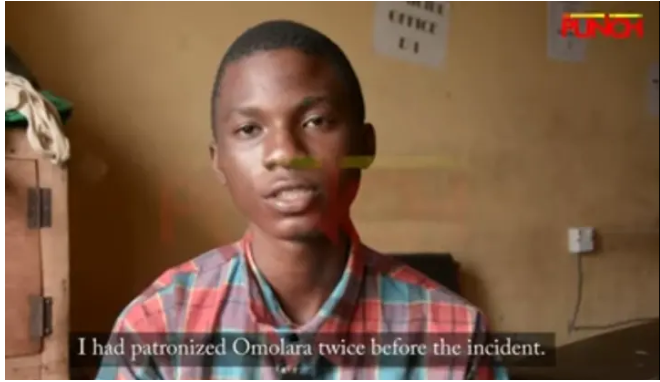 Jamiu stated, while reminiscing about his relationship with the dead, "I had seen Omolara twice prior to the incident; she would accompany me to my house and then leave once I paid her. I'm not sure why I murdered her. She had previously expressed dissatisfaction with my performance, and so she purchased me some pills that day to enhance my performance."

Abimbola Oyeyemi, the Ogun State Police Public Relations Officer (PPRO), verified the event, stating that the culprit stabbed his victim's neck so badly that she was rendered speechless.