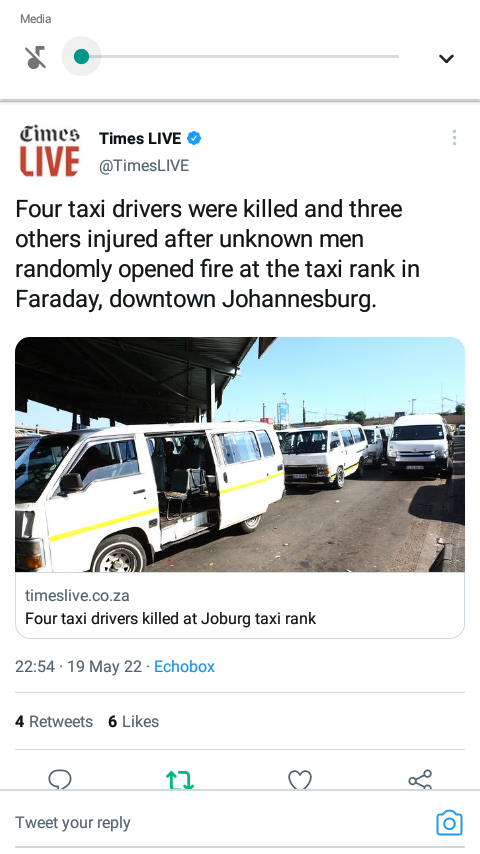 Unidentified assailants randomly opened fire at the taxi rank in the Faraday neighborhood of downtown Johannesburg, resulting in the deaths of four taxi drivers and injuries to three more.

Col. Dimakatso Sello, a spokesperson for the police department, stated that the incident took place on Wednesday afternoon about five o'clock, and that investigations had already commenced.

"At this point in the inquiry, there have been no arrests made of suspects, and the circumstances surrounding the shooting incident are unknown. The investigation is still ongoing."

"Police are appealing to anyone who may have information about these events to get in touch with the Crime Stop Line at 08600 10111 or report tips anonymously via the MySaps app," the statement reads. "I can assure you that any and all information I receive will be held in the utmost confidence," stated Sello.

Drivers who were members of the Witwatersrand African Taxi Association were among those who were targeted by gunfire.they really need to stop with what they're doing because if they don't people who come up from nowhere and kill them.

The deaths of these four taxi drivers brings the total number of people killed as a result of violence involving taxis this week to five. In the early hours of Monday morning, a cab driver was shot and killed in Soweto, and a passenger was injured as a result of the incident. According to the police, there is no known motive, and investigations are now being carried out.

In the year 2020, the province government appointed Justice Jeremiah Shongwe to head the commission of inquiry investigating the killings that occurred in taxis. People on social media saying that taxi drivers must be banned because there is nothing that they're doing on the road except the bad things. 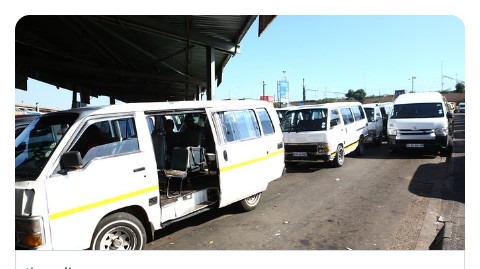 The commission's investigation revealed that the province does not impose any regulations on taxi associations. They decide who is allowed to join the associations and some of the associations accept membership from taxi owners who do not have operating licenses.