By Beautiful_eyes (self media writer) | 2 months ago 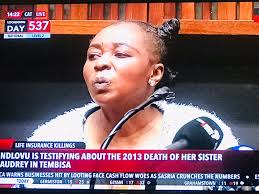 Ndlovu was accused of orchestrating the murder of for of her cousin, Witness Madala Homu, her sister, Audrey Ndlovu; her niece, Zanele Motha; her nephew, Brilliant Mashego; another relative, Mayeni Mashego; and her lover, Maurice Mabasa. The murders started in 2012 and ended in 2018 when she was arrested.

Ndlovu has been found guilty and is facing charges for the murders of her cousin Witness Madala Homu, who was murdered in March 2012. She allegedly received R131,000 from policies. 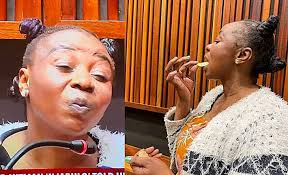 On Friday, Ndlovu was sentenced to life imprisonment on all six counts of murder. She was also handed five years for defeating the ends of justice and 10 years for fraud. However she left behind a shocking message to the witnesses. 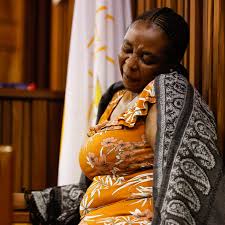 " I will spend this Christmas in jail but, next year, I will be out. I will be back and you will see,” she said in a threatening tone, pointing at them as she spoke. This message means that she might be out in 2 months.

For this means she will only get 2 months imprisonment which left Mzansi confused, wondering how she will be able to do it.

Please like, share and leave a comment. Tell how you think she will manage to be free in January. Is she plotting something or was is it just empty threats????? 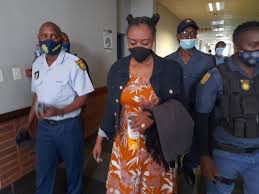 Failed Learner Pumps Five Bullets Into His Teacher In Tembisa