By Scamtho&hubblysessions (self media writer) | 2 months ago

3 South Africans arrested in Botswana, are linked to a series of robberies. 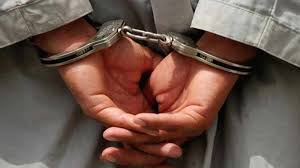 3 South Africans and Botswana nationals were arrested on Friday by Botswana police services, after being spotted with a stolen vehicle. The suspects are believed to be in connection with a series of crimes that have been happening in Botswana this past month.

The first criminal violation was on 28 June, Good hope Police Station was invaded by four men rigged with knives and axes who fled with 14 rifles and five guns, and an unspecified amount of ammunition.

The 3 South African suspects aged 26 to 34 with their Batswana colleagues, aged 39 and 42 are accused of being connected with the Good hope police station invasion. And after being foiled in a cash-in-transit heist of a vehicle on Friday 15 July, in Gaborone. 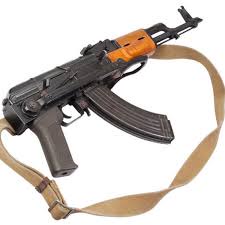 They are all indicted for using a getaway car, suspected to have a vehicle with erroneous registration numbers suspected to be used in the commission of the crime has since been impounded been stolen.

The Botswana authority offered a P100 000 (about R125 000) reward to anyone who has any information regarding the Good hope police station invasion.

The police said they have since arrested two suspects Leatile Kingsley Modise, 25, and Isaac Tsepiso Molale, 35, who appeared before a Lobatse magistrate and were remanded in detention for a 21 July court date.

Police believe the stolen guns are being used for a sequel of thefts around Botswana, encompassing the latest cash-in-transit effort robbery.

"Some guns are suspected to be part of the police projectiles that were looted during a robbery that occurred at Good hope Police Station," Botswana authority said.

The authorities were convinced that the arrested suspects were part of a syndicate of armed robbers associated with past crimes.

On 14 July, two suspects were apprehended Ledikile Gaboatshwane, 27, and Otsile Kasebonye, 28, the suspects are linked to a Choppies supermarket outlet robbery, in Serowe. The suspects got away with P25 000 (about R31 250).

The Botswana authorities linked the suspects to another robbery on 9 July in Palapye where they got away with P15 000 (R18 750) and cellular phones.

All suspects will appear before a Lobatse magistrate and were remanded in custody for a 21 July court date.