By AfricanChannelNews (self meida writer) | 24 days

Normally criminals run away from police officers and seek refuge in communities. This was however not the case in Lusikisiki.

One dangerous criminal had to be saved by the police as fellow community members were baying for his blood. 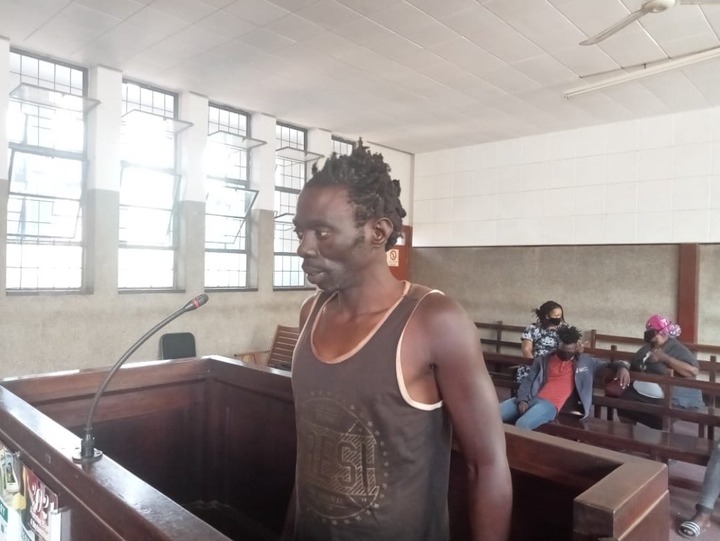 A tweet was shared by the National Prosecution Authority which read, "Community action leads to swift arrest by the police and court appearance of an accused in a horrific intimate femicide matter in Lusikisiki" 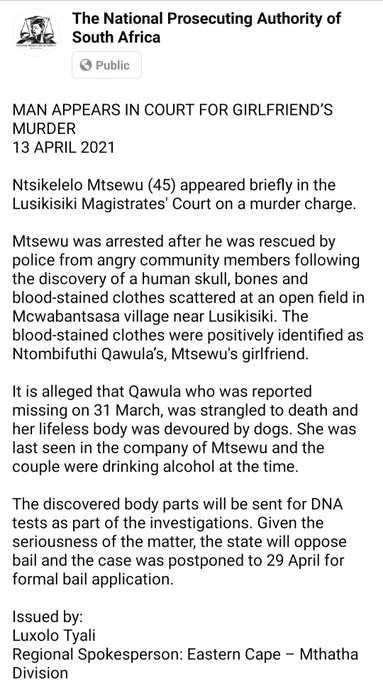 He was arrested at a time when he was rescued by police from an angry mob following the discovery of a human skull ,bones and blood -stained clothes scattered at an open field in Mcwabantsasa village near Lusikisiki.

Qawula who was reported missing on 31 March, was strangled to death and her lifeless body was devoured by dogs. She had last been seen in the company of Mtsewu. The two were in a relationship and the couple were drinking alcohol at the time.

The discovered body parts will be sent for DNA tests as part of the investigations. The state will oppose bail given the seriousness of the matter and the case was postponed to 29 April for formal bail application. 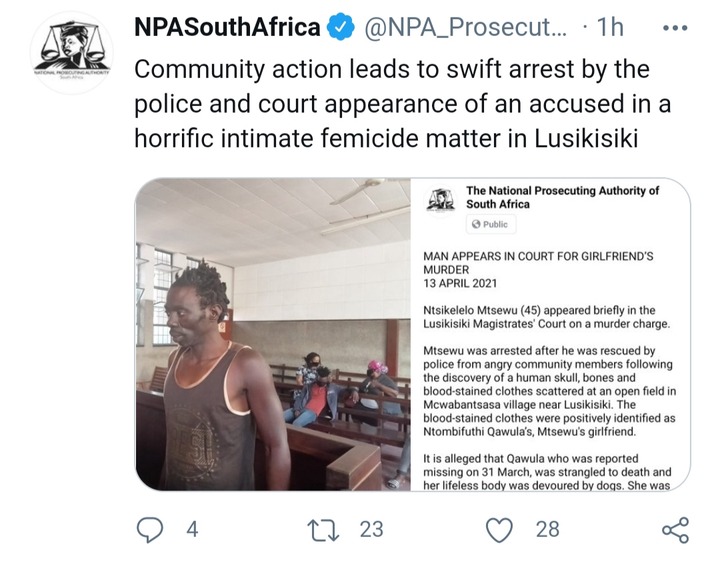 He could easily have been a victim of mob justice had the police took a bit longer to get to the scene.

Community members are tired of dangerous criminals who are living among them and the suspects was rescued from the jaws of death by the police.

Unathi posted a picture of her and her family. See what people noticed.

AKA and Anele's Abusive Union Exposed :Whatsapp and Video Reveals all