By Netshivhambe Ndivhuwo (self media writer) | 1 month ago

There is a trending tendency of crime when people embark on strike, often when communities gather to raise their dispute, it is an opportunity for those with criminal mindset. The main objective of gathering get diverted into crime where community members engage in damaging properties to gain access and loot thereafter.

We often witness such behaviour in the morden days, and it was last year July that we witnessed the worst, something that has never been seen in our lifetime when two provinces mainly Gauteng and Kwazulu Natal led a massive looting of shopping centres and shopping malls.

The unrest were motivated by the arrest of former president Jacob Zuma for failing to adhere to the Zondo commission summons and particularly for walking out of the commission without the consent of the then acting chief justice Raymond Zondo. Then Zuma 's supporters began to form mass gathering so they may show support to him and trying to dispute his arrest.

To cut a long story short, during the devastating time of looting unfortunately the 30 years old Mbuso Moloi was caught in the act of looting on camera, the video of him carrying a busket of looted staff from Woolworths went viral. On the video he can be seen loading the staff in a marcedez benz, Moloi initially told TimesLive that he was not looting and that the whole thing was taken out of context. 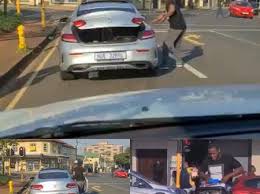 "I picked up things that were outside, not inside. I did not step inside Woolworths," He said at the time. A statement that was later crushed by DA leader in eThekhwini Nicole Graham when she shared a longer video showing Moloi walking out of Woolworths store carrying a busket into a marcedez benz outside in Glenwood.

The famous Woolworths looter was on Thursday expected to plead guilty on charges including theft, trespassing and operating a vehicle without corresponding number plate in the Durban magistrate court. Apparently Moloi says he is broke and do not have money for legal representation, he therefore want to be awarded an opportunity of free legal representation from legal aid. 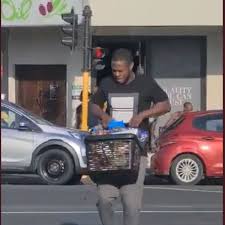 Moloi is a self employed tenderpreneur who claims to be facing some financial difficulties at this point in time, he just dropped his second attorney since the start of his case and will go for legal aid test to see if he can qualify free legal representation. In not so many words, Moloi entered into a plea bargain with the state and say he intend doing whatever was discussed senior public prosecutor. 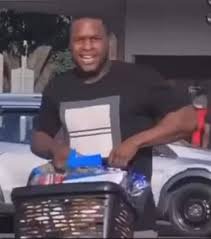 The well known marcedez benz looter during the July unrest is out on R5000 bail and has since been extended, due to the case postponement to 31 may to allow time to make application to the legal aid. We will follow up on the matter till the end, and whatever the outcome people should take note that we refrain from unnecessary excitement which will lend us in trouble with the law.

Content created and supplied by: Netshivhambe Ndivhuwo (via Opera News )