If there is one thing that the government has no idea on how to stop it, it has to be the Cash In Transit Heists which happen almost every day in this country, they have no means to curb these crimes as much as they have no idea on how to deal with Gender Based Violence cases, in other areas when a heist happens, it is an opportunity for the people who saw it happen to score some free cash, they are not even scared of getting caught in the cross fire and a those things, all they care about is collecting as much as they can before the police arrive at the scene. 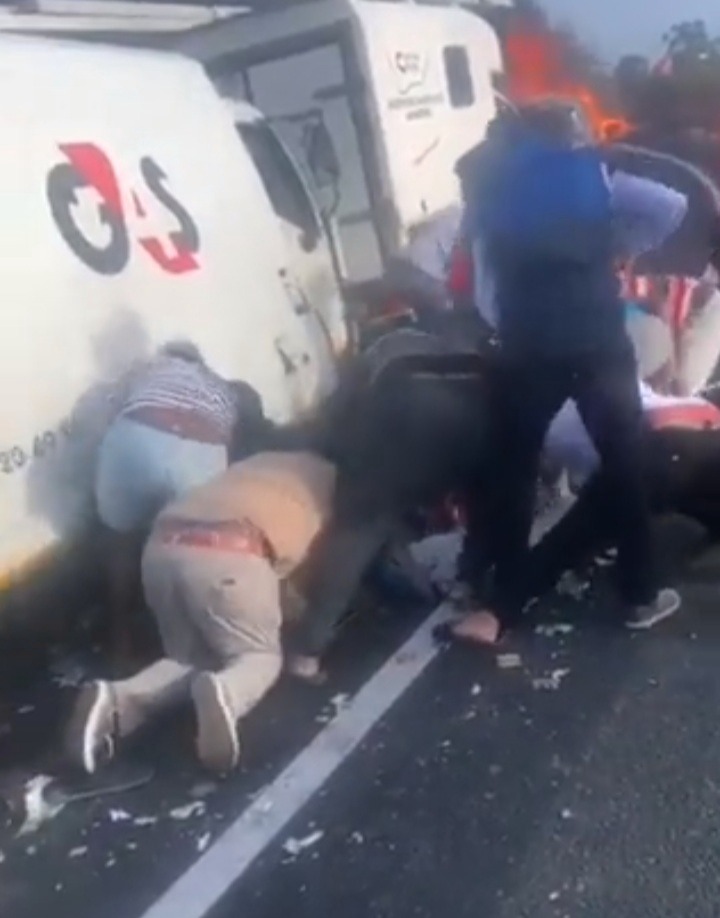 Everyone loves money, it is just nature, people would do anything to get free money, but people put their lives in danger some times just to score free cash, they risk getting caught in the cross fire, they risk getting hurt if the bombed vehicle explodes while they are busy picking up the left overs of the Cash In Transit Heist, no matter what you say, if they saw money, they would never listen to you.

After the robbers had taken what they wanted on Tuesday afternoon in Cape Town on the N1/N7, people saw an opportunity to also get their share of the cash, they gathered around the G4S bombed van and started picking up scrambles. 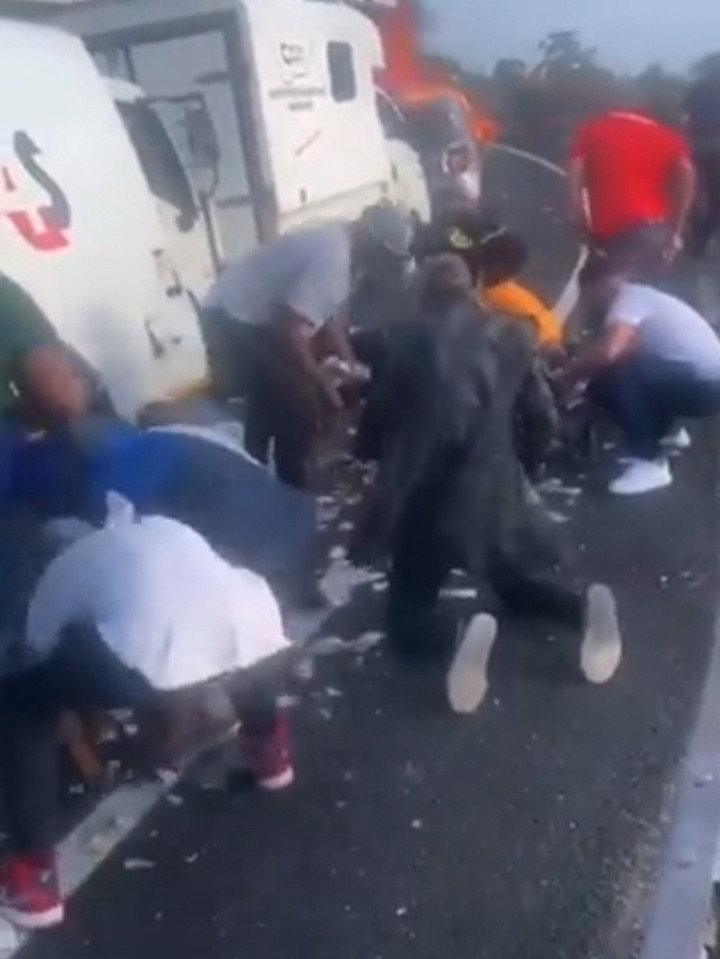 On the video that is making its rounds on social media, people were seen rushing to the van, pushing each other as they want to make sure that they collect enough money, they literally risked their lives because the burning van could have exploded again and hurt or kill some of them, but they did not care that much, all they were concern about was to pick up more more, they attempted to pick up as many bank noted as they could carry. 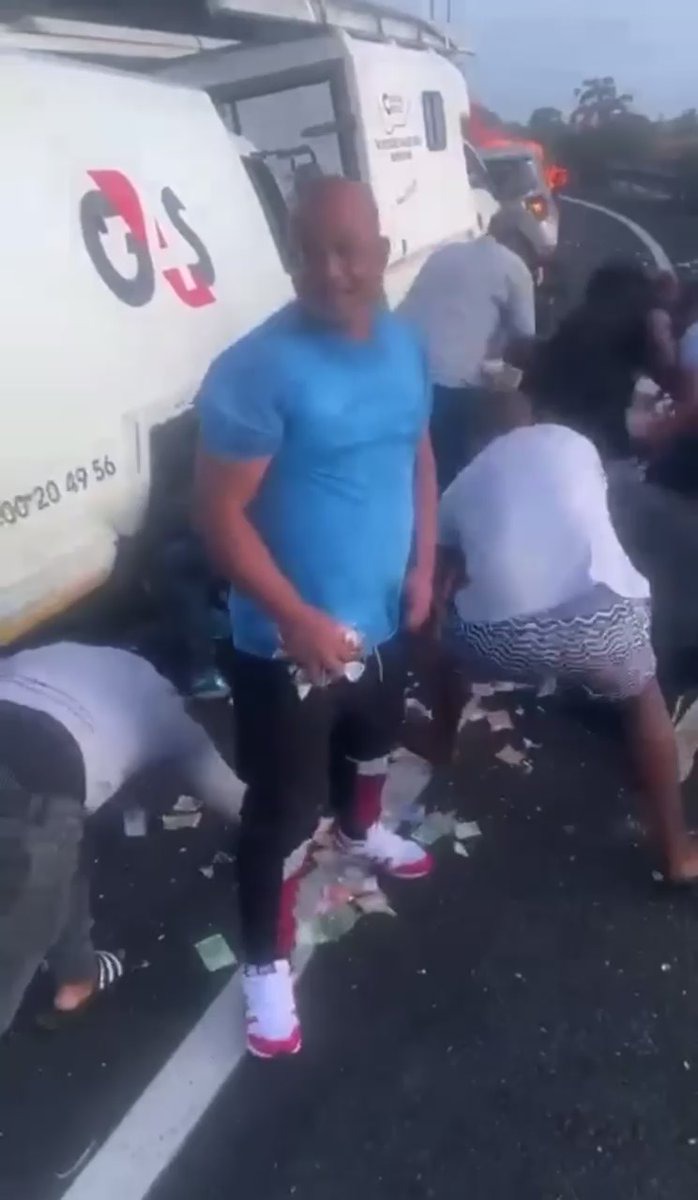