By Trending_SA (self media writer) | 3 months ago 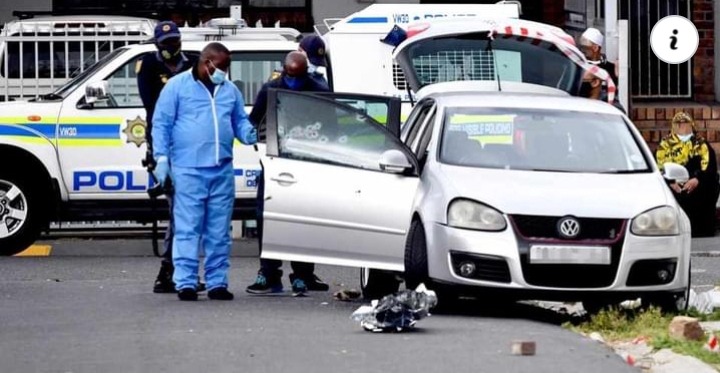 Turf wars have been going on for a long time and they dong seem to be slowing down because gang leaders are still fighting for control. Another thing which makes the turf wars to exist is the fact that gang members are armed and law enforcement officers have not put so much effort in disarming them. It is quite disturbing to see such crimes not being taken serious as they are because innocent people also die in some cases. 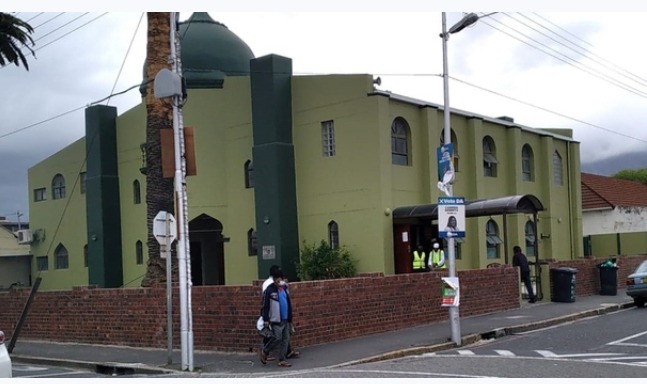 An alleged Americans gang leader Mohammad Gummie Solomons, 43, from Heideveld was travelling in a Silver VW Golf wit his nephew Adenaan Cloete aged 29 and a passanger named Reza Clayton who's 41 years old when something unexpected happened. 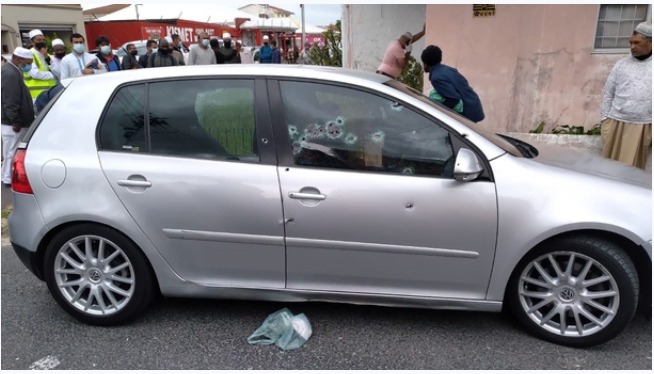 The attack on three suspected Americans gangsters outside a Wynberg mosque was sparked by a turf war currently being waged by the Fancy Boys gang. The gang leader Mohammad lost his nephew, Adenaan Cloete after the shooting took place. Mohammad and the passenger got shot, they sustained gunshot wounds. 21 bullet droppies were found on scene when paramedics arrived. 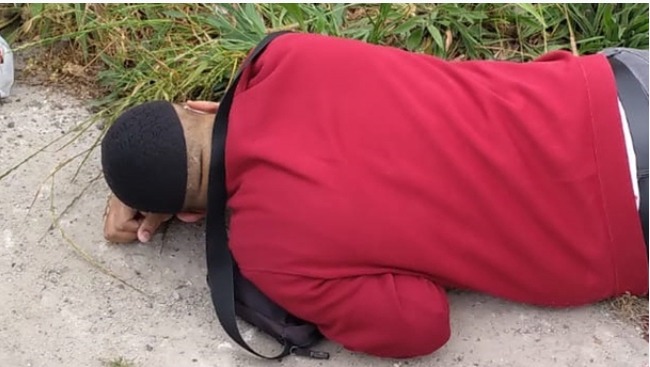 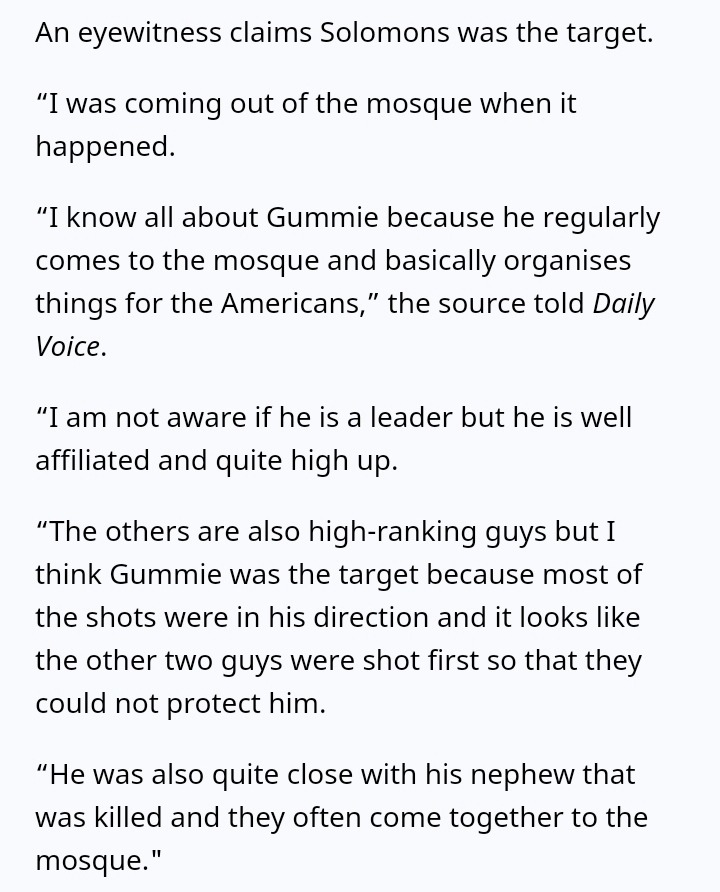 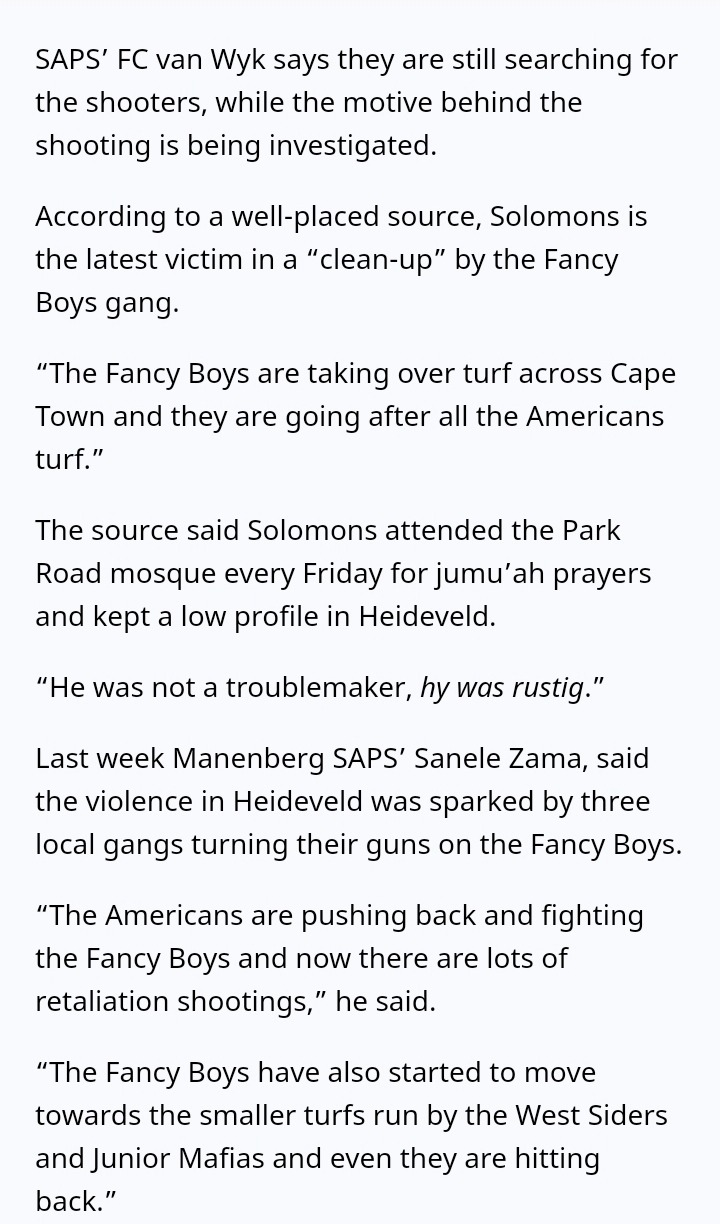 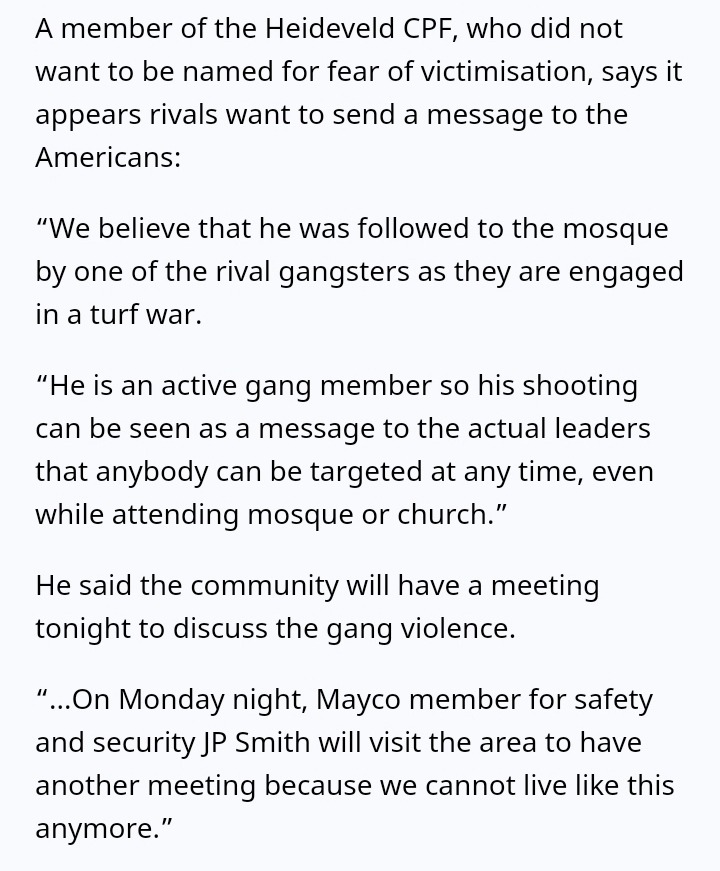 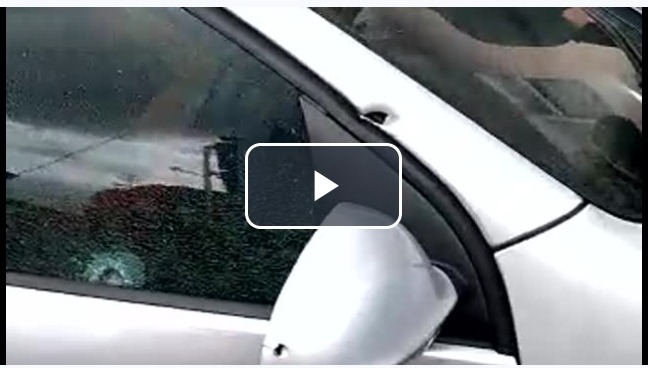