How 410k ransom, pistols, bullets, others were found in hotel rooms of pastor's kidnappers

One member of a kidnapping gang who kidnapped a pastor in Delta State has met his end, while other members of the syndicate have escaped arrest. The sum of N410,000, believed to be ransom payment, as well as pistols and cartridges, among other items, were discovered in the hotel where the kidnappers were staying on Tuesday, January 11, according to a statement released by the state police command on Tuesday, January 11.

In response to intelligence obtained that a pastor and his Lexus 330 SUV were kidnapped along Ibori Road in the state's Oghara, operatives from the Oghara Division of the state command apprehended a member of the gang, identified as Felix Osagie, aged 36 years old.

Apparently, when the policemen, led by the Divisional Police Officer (DPO), discovered the vehicle parked along the road in Oghara, they set up an ambush and waited for the kidnappers to arrive. Not long after, three men entered the vehicle and were apprehended by the operatives. Two of them escaped while Osagie was not so fortunate.

According to a statement by the Delta State Police Command, Felix Osagie is shown with the Lexus SUV that belonged to the kidnapped pastor.

According to a statement released by the state police command on Tuesday and shared on the command's Facebook page by its Public Relations Officer, Bright Edafe, during his interrogation, he was reported to have confessed to being a member of the abduction gang that kidnapped the pastor.

An investigation of the pastor's hotel room turned out one double-barrel pistol, six live cartridges and the sum of N410,000, which was part of the ransom requested for his release of N500,000, according to a statement from police.

Some of the money and other items discovered in the hotel rooms are listed below.

He was also reported to have led the agents to another room in the hotel where the gang members were staying, where they discovered another double-barrel pistol, ten live cartridges, and a laptop computer, among other items. The pastor's Lexus SUV was also discovered from the scene.

Additionally, Osagie is providing more important information to the police officers, and the command of the police force said that a manhunt had been initiated for members of the abduction group who were fleeing the scene. 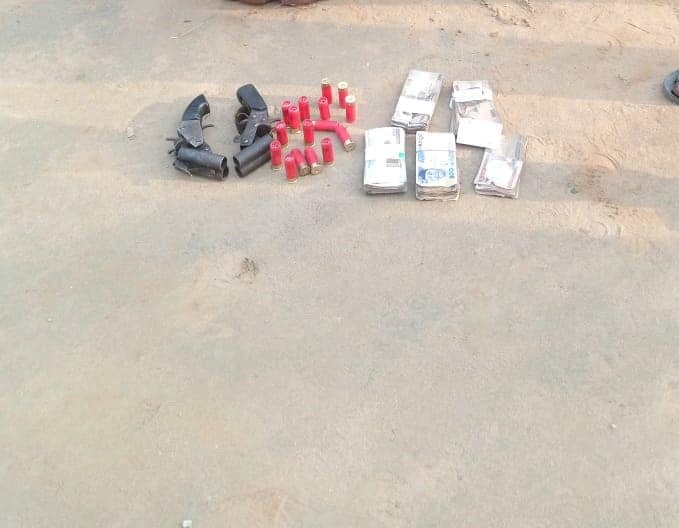 Beautiful Lady Revealed What She Did The Day Her Boyfriend Died, Read The Full Details

Top 7 Beautiful Actresses From Enugu: Check Out No. 1