The high level of moral decadence in our society have made young girls vulnerable to different social vises in South Africa. 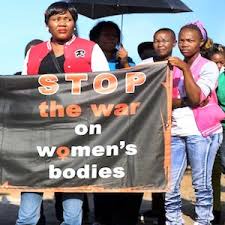 The issue of rape is becoming so rampant in South Africa to the extent that it is quite difficult for a day to passby without reports of rape against young girls.

In a recent report, a 32 year old young South African man (Name withheld) will be arraigned at the Ganyesa magistrate court in North West today for having carnal knowledge of two sisters.

He is being arraigned on two count charges of rape. He was arrested by Vryburg police after a complaint filed in the police station claimed he raped two sisters age 12 and 24 multiple times.

According to a statement released by SAfm news on Twitter and it reads:

"A 32-year-old man is expected to appear in the Ganyesa magistrates' court in the North West later today, on two charges of rape. He was arrested by the Vryburg police after he allegedly raped two sisters, aged 24 and 12, multiple times."

The issue of rape should be decisively dealt with by the government of South Africa. We cannot continue to look while scrupulous elements take constant advantage of young girls. 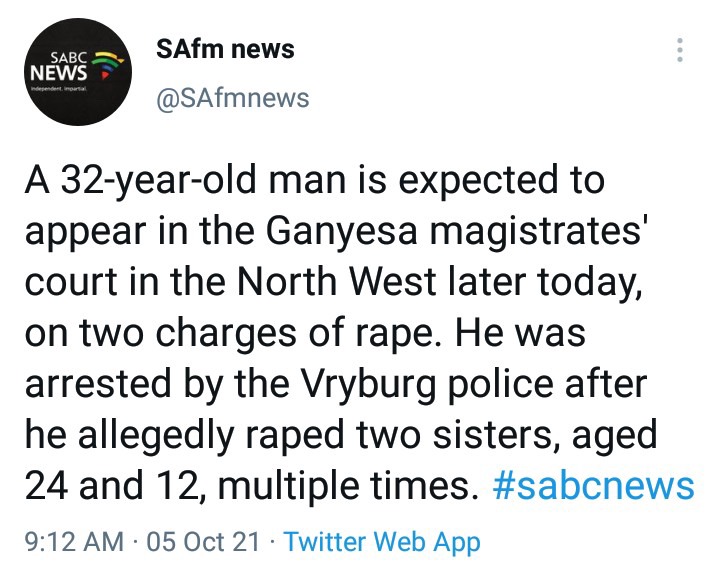