"He Man Promised To Marry Me But When I Got Pregnant, He Stole My Money And Fled,"- Lady Narrates

By MediagistPlan (self media writer) | 9 months ago 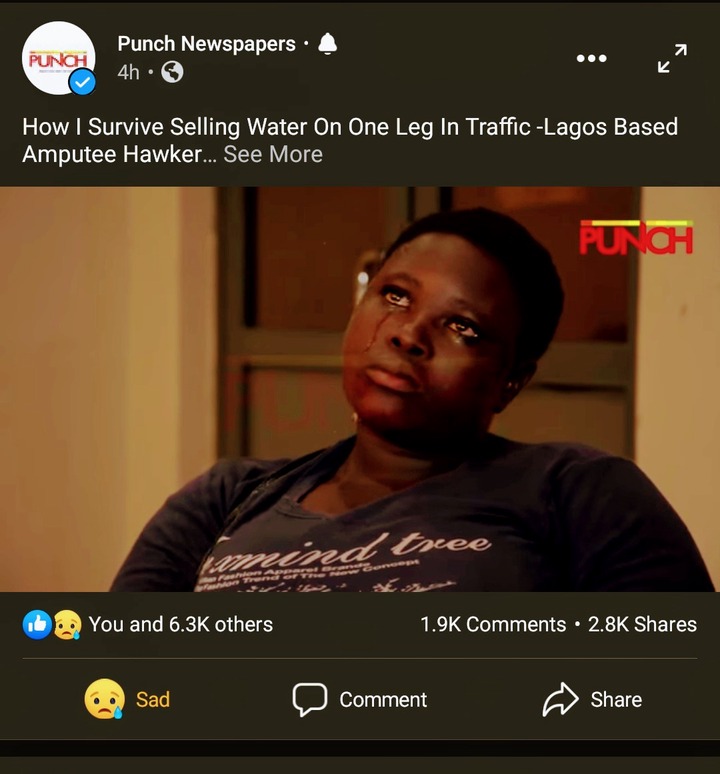 During an exclusive interview with PUNCH News, Mary Daniel spoke about her ordeal. Since her pictures and story went viral on the internet, the young lady has been making headlines. With just one leg, the woman was seen hawking plain water and bottle water in traffic in Lagos under the scorching sun.

Mary told Punch News that her ambition was to be a lawyer, but that her world was turned upside down when she was 10 years old by an accident. According to Mary, her parents and other passengers in the car were killed in the horrific crash, and she was the only one who survived. Any good Samaritans rushed her to the hospital and called her grandma to let her know about the crash. 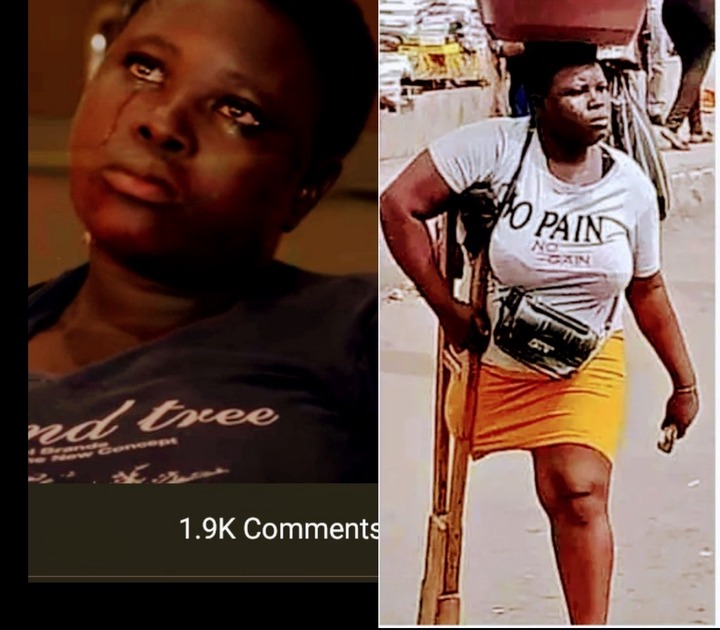 Her grandmother was in a village in Kogi, and they had already amputated her leg because she was in poor condition before she could get to Benue, Markurdi, where she was admitted. Mary claims she lost her leg as a result of this.

She says she often sleeps on the street or along the Oshodi-Market side, describing how she has lived selling water on one leg in Lagos traffic. She claims that some drivers will feel sorry for her and drive slowly so she can sell her water, whilst others will not. She claims that several passengers took her money and fled because she was unable to chase them down in their car.

According to Mary, her grandmother introduced her to a man who promised to marry her amid her health problems. She claims she went to the village to meet the man, who vowed to take care of her and make sure she had everything she needed. She agreed to marry the man and he took her to his home in Ayungba, but Mary claims that when she became pregnant, he abandoned her. 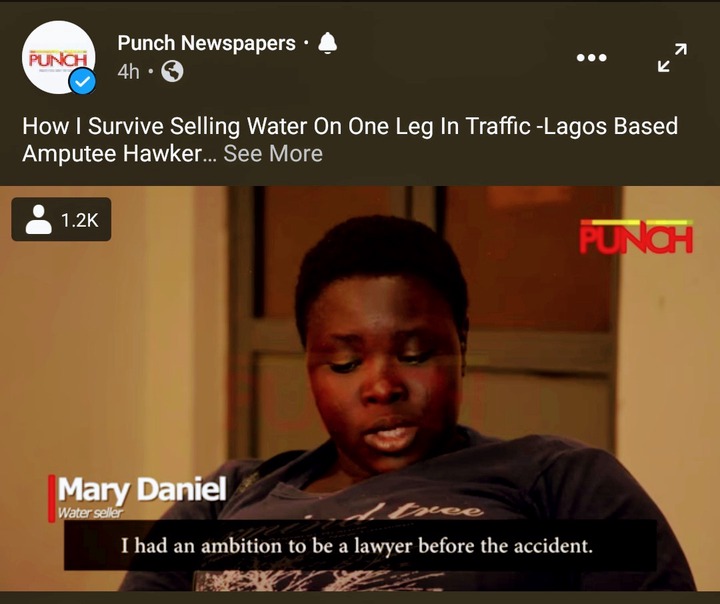 They stayed together until last year, when a kind man saw her in traffic about to be struck by a trailer and gave her N500,000 to start a shop. She was ecstatic, but she kept it a secret from her husband because he is untrustworthy. Unfortunately, the man found out later and became enraged that she had not told him.

She said that after she went to bed, the man stole her phone and ATM and fled, and that when she arrived at the bank, she could only get N2,000 out of the N500,000 in her account. During the interview, Mary was visibly upset as she recounted her ordeal. The guy took all of her money out of her savings and abandoned her with the boy, leaving her with no other means of support. 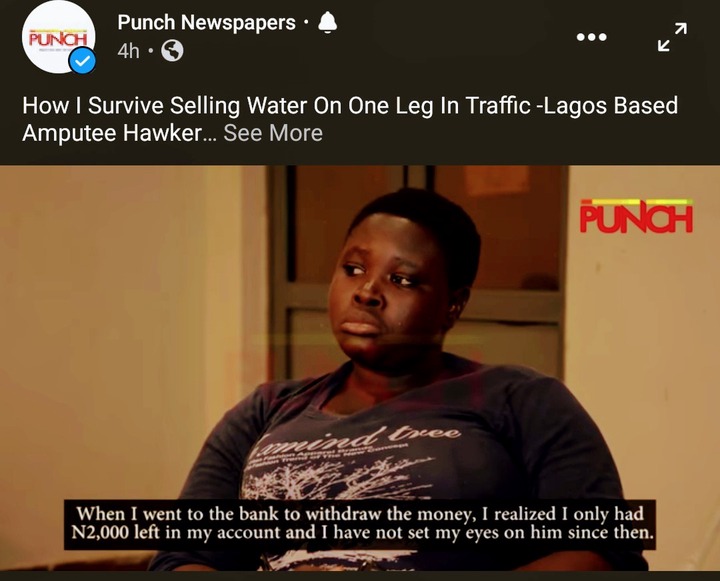