She was alleged to have been involved in witchcraft. 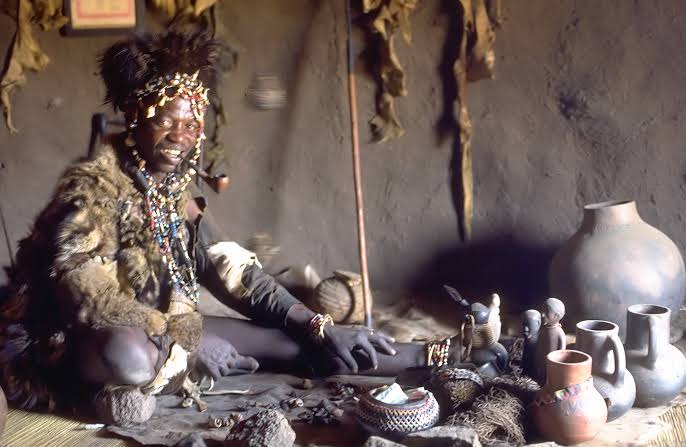 In June 2000, a post mortem examination was conducted on a 70-year-old woman. She had been accused of witchcraft. The alleged perpetrator's cousin brother, who was a neighbor of the victim, had been admitted with pulmonary tuberculosis in hospital and the victim was accused of bewitching him. The perpetrator had been consuming alcohol in a shebeen until early hours of the morning, and then came to the old woman's house. He knocked the door. She had opened the door when called as he was related to her. On entering the house, he had questioned her and begun to assault mercilessly. A young woman who had been sleeping with her was also assaulted but sustained only minor injuries. A child who had been with them had been dispatched to call for assistance and the patient was transferred to the referral hospital in Mthatha but succumbed to injuries the same afternoon.

The perpetrator was an unemployed, illiterate, junior school drop out of about 25 years of age with no siblings. He was an alcoholic and a cigarette smoker. His father was employed in a Cape Town hotel and the mother had been dead for a long time. He stayed with the old lady he murdered.

In June 2000, a 51-year-old woman was gunned down in her house around 18h00. She had been in a room when a man had come to the house and had a conversation with her. A daughter had been with her at that time. However after a while when the daughter left she heard a gun shot in the room. When she returned the mother lay dead in a pool of blood. The conversation has been that she is engaged in witchcraft, and as a result of it, he met an accident, and lost his son.

The perpetrator was a distance relative of the victim. He was uneducated and school drop out of about 30 years of age. He was an alcoholic and a cigarette smoker. His parents died when he was very young.

In May 2000, a body of a 70 year old woman was brought to Umtata Hospital mortuary with extensive multiple injuries. She was alleged to have been involved in witchcraft. The perpetrator has been a close family member who had accused her of being responsible for his brother's death in Johannesburg. She had been assaulted with an axe.

The perpetrator was an illiterate, smoke, and drink alcohol regularly. His mother had died long back, and father is working at mine.