By VicoMedia (self media writer) | 17 days ago 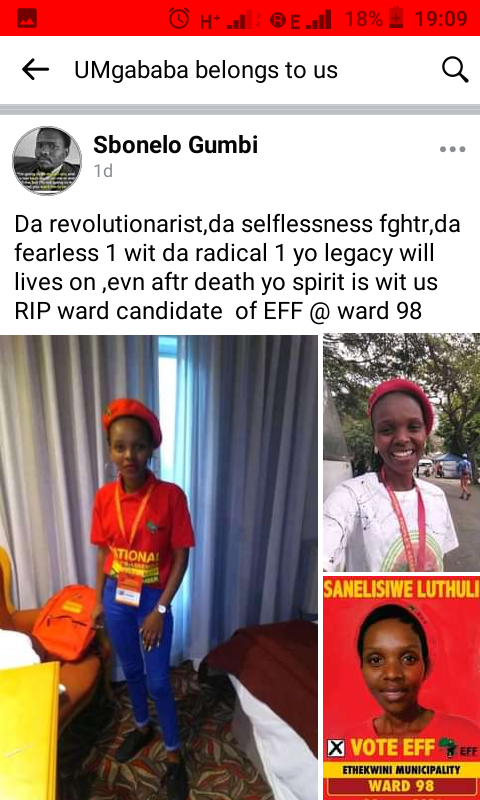 Above captioned from Ward 98 secretary general in Umgababa Group.

The young female candidate Sanelisiwe Luthuli (aged 25) who was born and bread at Umgababa in the South Coast of Kwa Zulu Natal were representing Economic Freedom Fighter in the upcoming local government elections in eThekwini Municipality Ward 98. 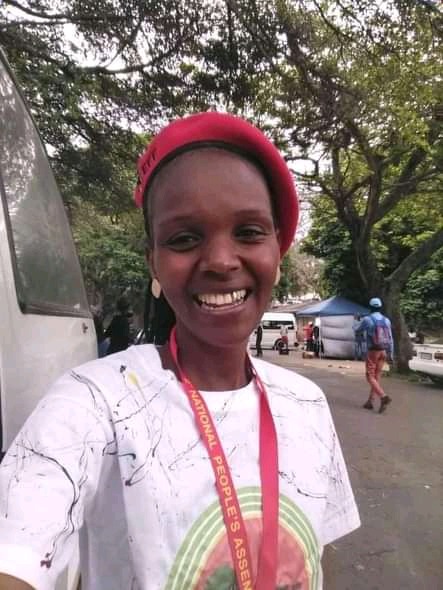 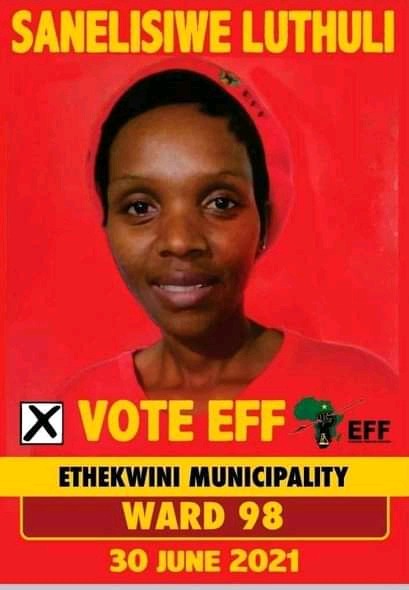 The Economic Freedom Fighters (EFF) is a radical and militant economic emancipation movement, formed in the year 2013 with the aim of bringing together revolutionary, militant activists, community-based organizations as well as lobby groups under the umbrella of the political party pursuing the struggle of economic emancipation.

Although Sanelisiwe Luthuli left this son Asst and his husband.The Economic Freedom Fighter Comrade Sanelisiwe Luthuli started her political life at school Sidelile Secondary School as active member of the school representative, She matriculated in 2008. 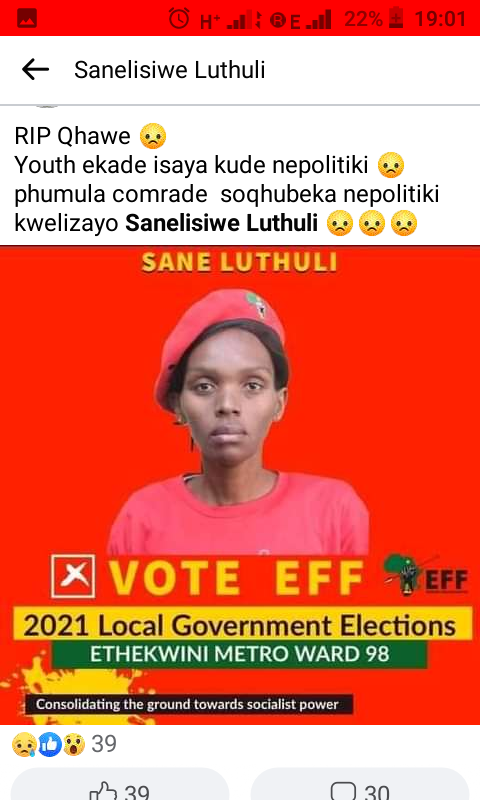 Therefore life is a gift from God even when we die we die through Christ , who knows when the last date for all of us in this world.

Furthermore it's been unacceptable to die at young age but it's part of life, Rest in Peace young fighter Sanelisiwe Luthuli. 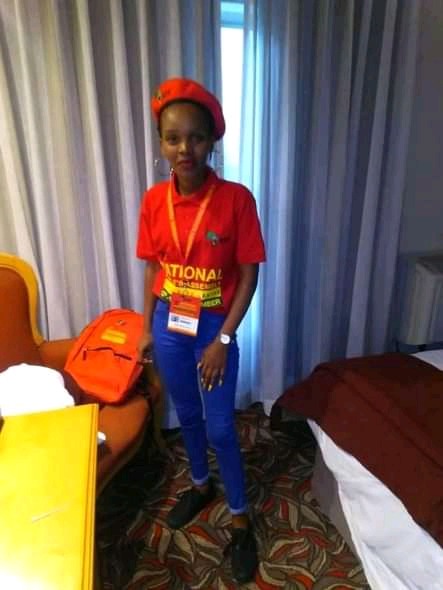