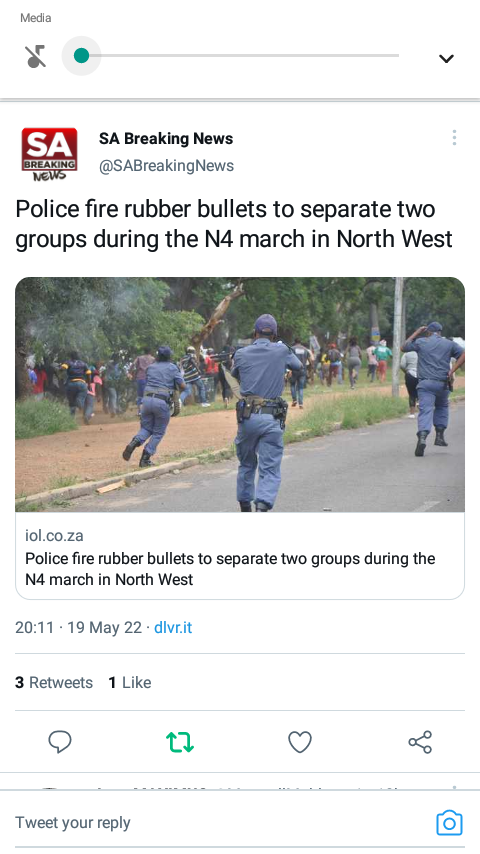 During a march on the N4 freeway in North West on Thursday, police in Rustenburg opened fire with rubber bullets in order to separate two groups of protesters.

The flow of traffic on the N4 between Majakaneng and Mooinooi was disrupted when a group calling themselves the N4 Cluster marched on the freeway to deliver a memorandum to local mining houses. In the memorandum, the N4 Cluster demanded that local people be given opportunities to work and open their own businesses.

Traffic was rerouted along the R104, often known as the old Pretoria road, which serves as a connection between Rustenburg and Pretoria.

"We are able to confirm that members of the Public Order Police in Britain used rubber bullets to maintain public order during a confrontation between two groups while they were marching," said a member of a group called the N4 Movement. "The confrontation took place during a march." Reportedly, one person had an injury as a result of the incident. Following the occurrence, the N4 route was opened, and it is currently operating normally with traffic.

According to the spokesperson for the North West police department, Brigadier Sabata Mokgwabone, "a case of public violence has been lodged for investigation and police are keeping presence in the area."

The operators of the N1N4 toll route, Bakwena, have reported that the freeway is now open to traffic and that it is safe for travelers to use. 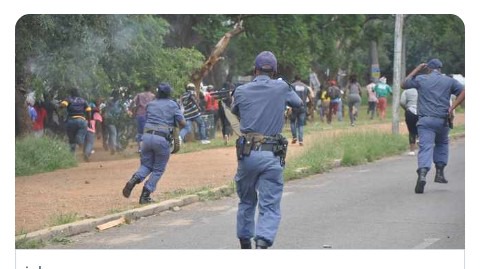 It is now safe to travel between Majakaneng and Mooinooi on the N4, which has been reopened after being closed in both directions. In the event that the circumstances alter, we will keep our followers informed. Bakwena asked their followers to "please travel cautiously" on their Twitter feed.