According to our source, the dogs broke into the neighbor's house and attacked the child. The owner of the pitfulls was not present at the time of the attack. 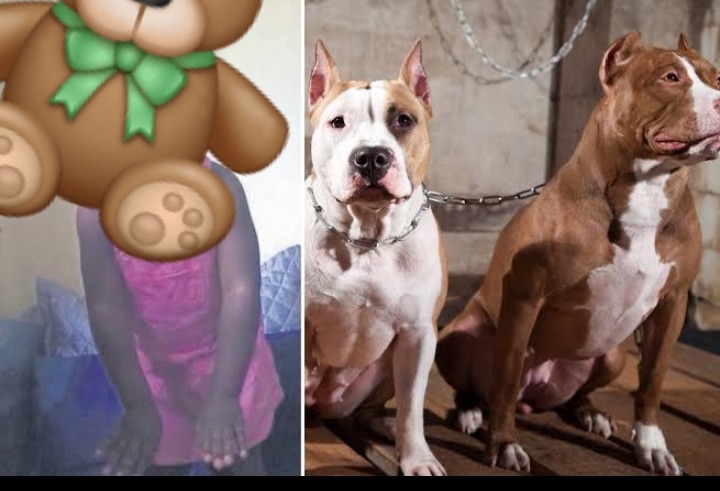 One community leader said, "It is not the first time the dog has been left out." "Today we saw people running away just after the same few minutes that we had a big scream in the house."

Members of the community are now on the lookout for the owner. Despite the fact that Atteridgeville police officers were present, no arrests have been made because the owner is nowhere to be found.

Responding to the incident at Atteridgeville

Pitbulls should be taken from their owners. It's not the first time something like this has happened to a child. How many more children should we lose?The owner must be jailed.

You don't acquire such dogs in a highly populated area. Tragedy will happen one way or another.The best place for such dogs is in the farming area to guard intruders or thieves.

How many more kids need to die before people realize owning this dog mo kasi is not advisable? They should have laws that state if your dog kills someone, you go to prison.

Maybe people will learn not to breed these gods. If the police fail to act, the Attridgeville PHELINDABA community promises to take action against the owner. It is sad that a child has to die due to someone else's neglect.

The Pitbull has been banned in many countries due to its danger and aggression. The dog has strong muscles meant to kill anything it holds. Ita's mouth is so big with big teeth, and it doesn't easily let go of anything it bites.When it attacks, it kills and doesn't let go.

It is a mixed breed dog.Owning a pitbull endangers not only other people but also the owner.