South Africa has become a place where foreigners can't trust the law. They come to this country and do whatever they want, and no one, not even the government, says anything. It is clear that there is more going on in the country, so the fight against illegal immigrants should go on. It's too bad that some South Africans protect these foreigners even though they know what they're doing in the country. They don't even try to hide it. 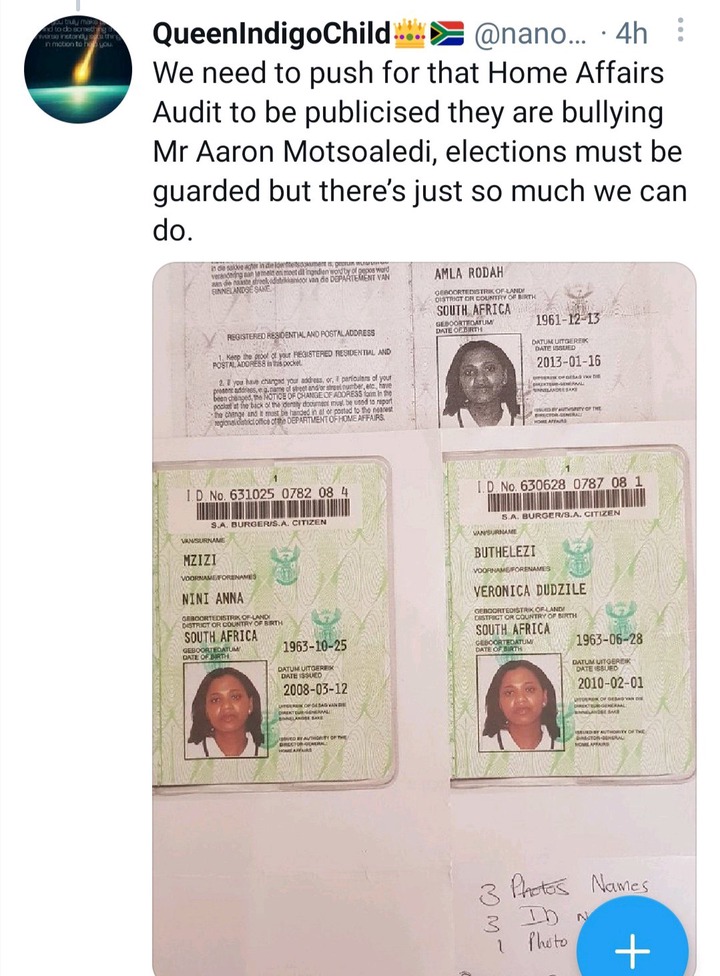 We know that my syndicates were found out mostly because they were running the departments of home affairs out of their homes. At this point, some South Africans aren't even proud to be from their country because of what's going on there. This is like a country that doesn't know what to do. The Home Affairs department has let the country down because this is where it all started, with officials taking bribes, and it went on for so long that they even thought it was the right thing to do.

We've seen a lot of fake SA IDs floating around, but the most recent one is really something else. South Africa is full of potential. Things that people tell you will never happen can happen in South Africa, and things can get even worse. A woman's ID has been found, and it can be seen that the same person got about three IDs with the same picture but different ID numbers. All of them are from South Africa. Then, when South Africans talk about things like this, they are called "xenophobic." 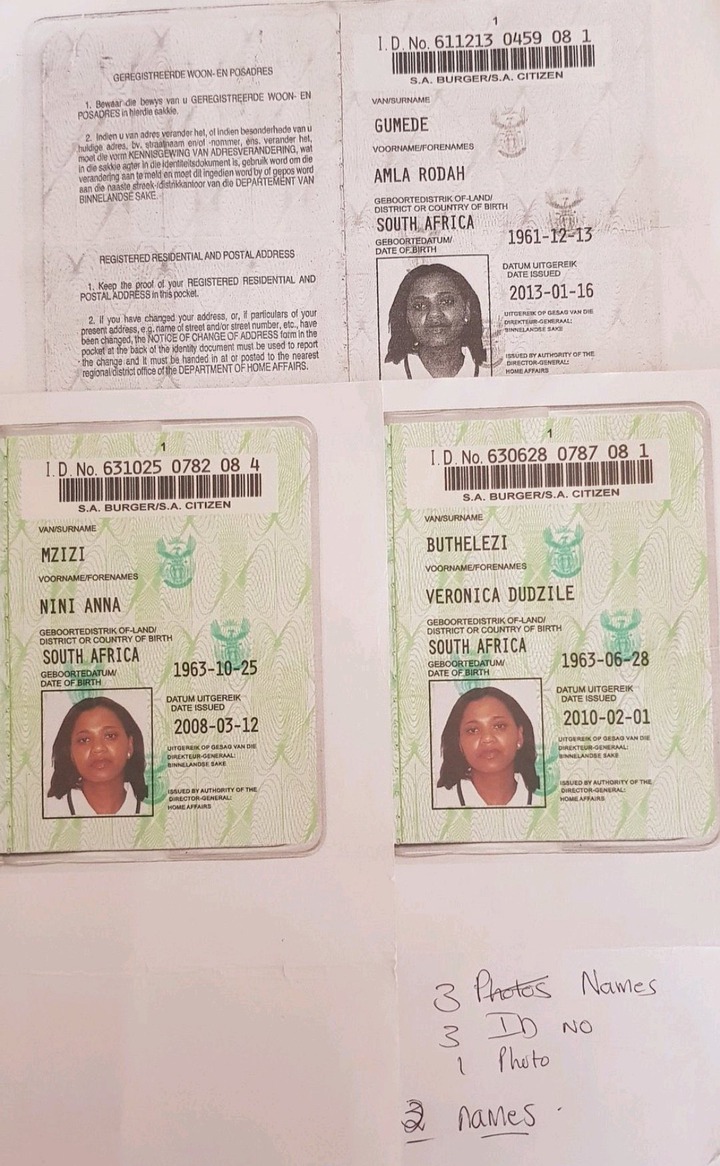 If nothing is done about this, illegal foreigners will soon be in charge of South Africa. At this point, not even the people who make their own documents can be trusted because corruption has made it so easy to make fake ones. 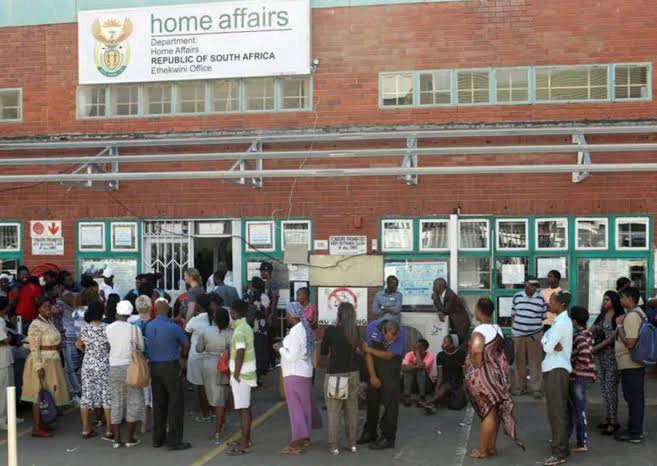 This is just too much. It's only a matter of time before South African documents aren't recognized internationally. They no longer even try to hide it. They do it until they get used to it, and then they do it every day. I don't know how this woman can keep up with all the lies, especially the names, because if you do that, you'll forget who you are. Even worse will be remembering all those ID numbers, but this is how foreigners do things in this country.

Even the fact that the green ID book is still being used is surprising, since these were supposed to be scratched 5 years ago, when smart IDs were first introduced. But they can't do that because their friends won't be able to make fame IDs for them anymore.

RIP💔: Here are some of the souls we lost in Enyobeni Tavern