Alleged instigator Bruice Niemmandhoud's bail application has been postponed. Niemmandhoud is accused of being behind a voice note sent to several people for inciting violence. eNCA senior reporter Govan Wittles has more#eNCA 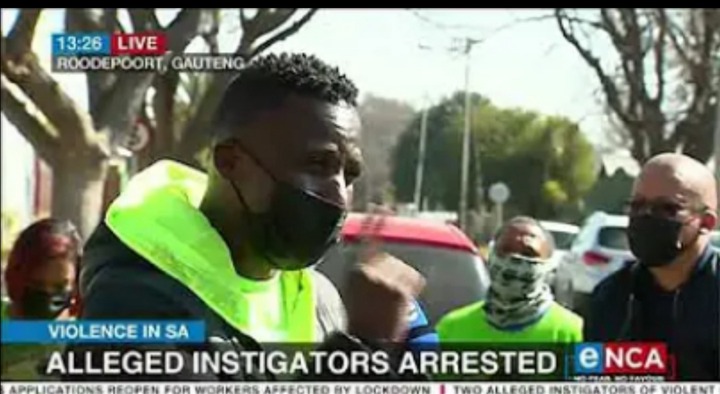 He and two other are also facing charges of public violence. They appeared in cout this morning. There was a brief appearance in the Roodepoort magistrate court today of Bruce Niemmandhoud

Andbthis afternoon we have a little bit of more i formation about the person that the NPA says is the instigator of the unrest we saw in the past week.

According to his political party Niemmandhoud is being intimidated and is being targeted. And the NPA is not giving much information.

And this centers around a voice nite that was sent alledgedly insiting people to cause public violence during the week that there was u rest in KwaZulu-Natal and in Johannesburg.

His oarty states that law inforcement has been irresponsible in how they are handling this case. eNCA reporter Govan Wittles filed this report courtesy of #Dstv403 #eNCA