It has been a long weekend to some of the people in South Africa and that simply meant a lot of them will go out there and having some fun throughout the night, drink the night away with their partners and some would go out without anyone hoping to meet some lonely hearts out there and convince them to tag along have fun with them just like a guy who was driving a white polo, he seen to have found two ladies and convinced them to join him for some fun, but it ended with his car overturning after the guy and the two ladies seem to have had a misunderstanding. 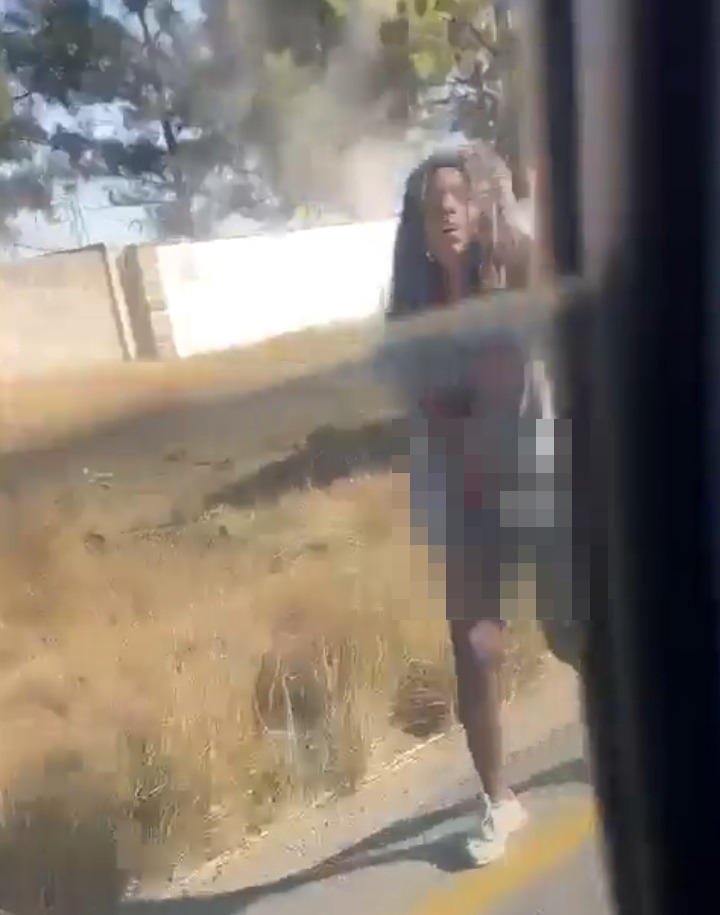 Social media was buzzing since Monday when a vidoe emerged on social media where two ladies were walking away from the vehicle that had just had an accident, one of them was half naked and they did not look like happy people, they were upset over something the driver did and that could be what cause the crash. 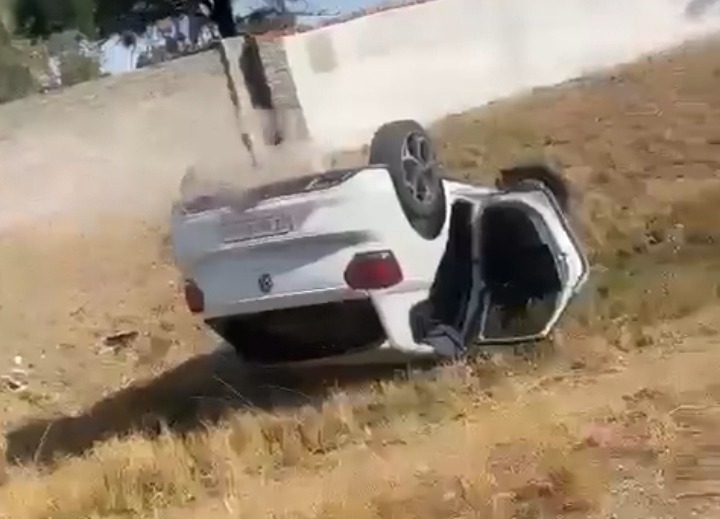 With the two ladies walking away and the driver nowhere to be seen, it seems the driver had a good time with the ladies and for some reasons decided not to pay them what they had agreed on, instead, he decided to drive away with them and then things got out of hand and this accident happened. 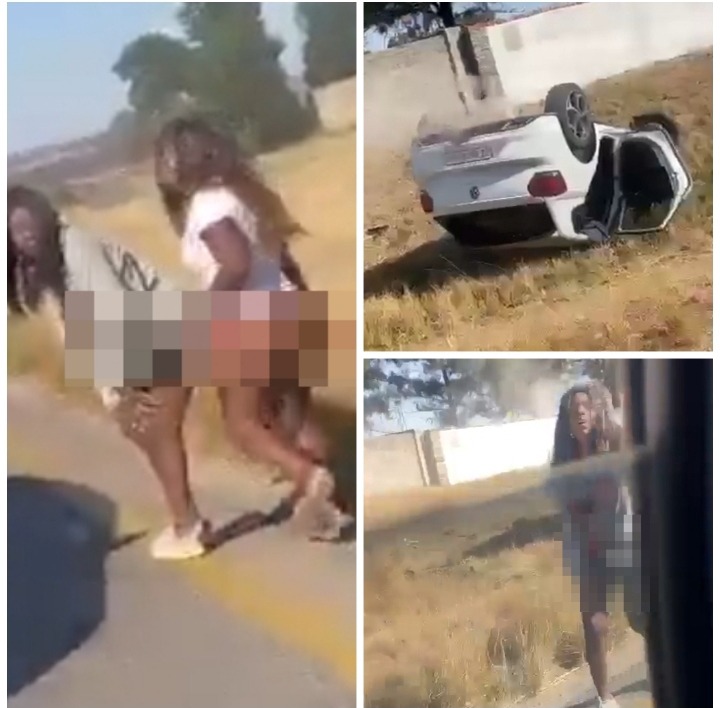 According to reports, the accident was caused by one of the ladies who allegedly pulled the hand brake as the guy was driving on high speed, then the car overturned and they managed to walk away from the vehicle. 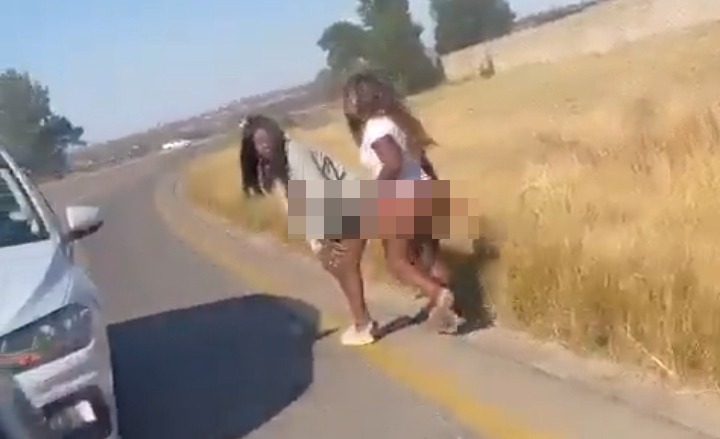