A lot of people across the world share different believes from witchcraft , psychics and all other supernatural things.

Some people however believe in the power of hypnosis. Hypnosis according to the urban dictionary definition is the induction of a state of consciousness in which a person losses the power or voluntary action and is responsive to suggestion or direction. it is normally used by therapists usually for patients who have grown through major trauma to try and bring out those suppressed thoughts. https://twitter.com/PlumOrNun/status/1455946896355336198?t=jRrzsv3aBAGRpYEW7msyWg&s=19 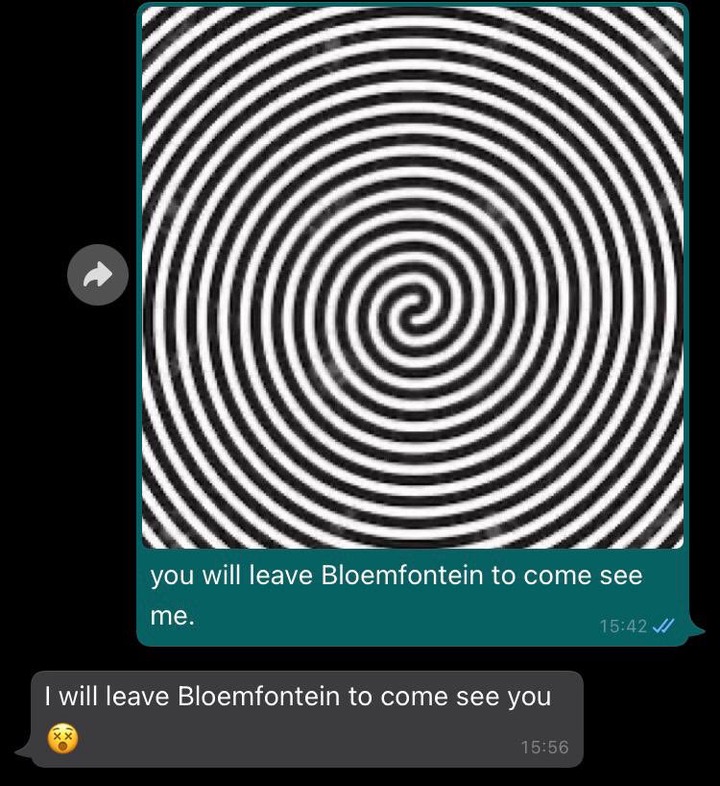 A young girl posted a picture on social media of a picture that she had send her boyfriend. the picture is believed to have some hypnotic powers to control someone's mind and below the picture she wrote. "You will leave Bloemfontein to come see me." below the man replied that he would leave Bloemfontein to go and see her putting a sleeping emoji like hypnotised people usually do. 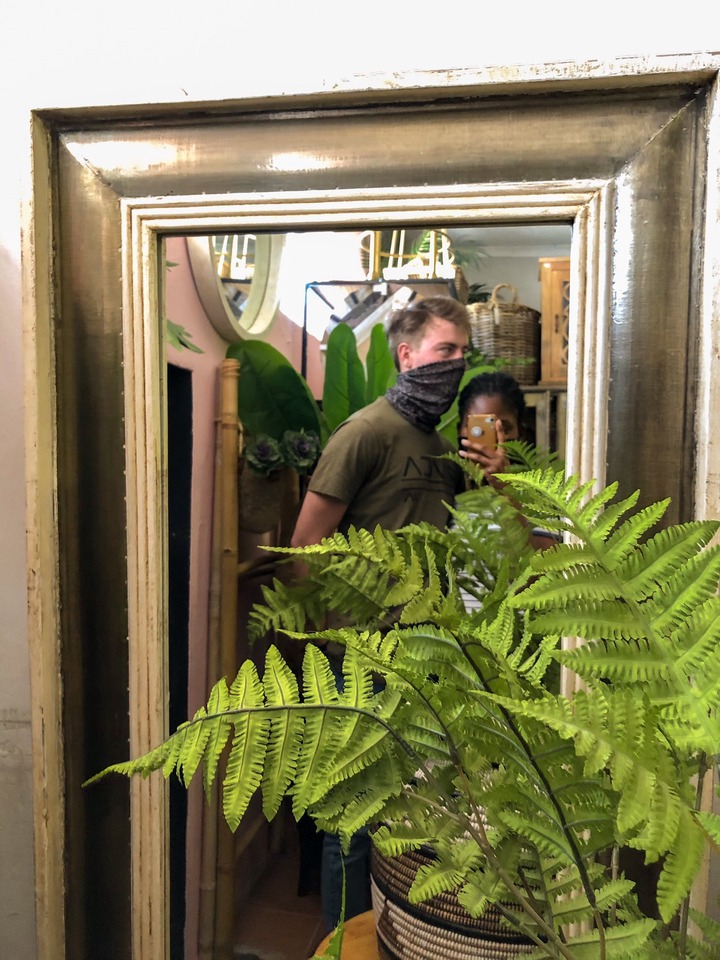 The girl later on shared that the guy had already visited her for over 8 times implying that her remedy had worked. A lot of people found it very fascinating and also liked how the two seemed to be in love. 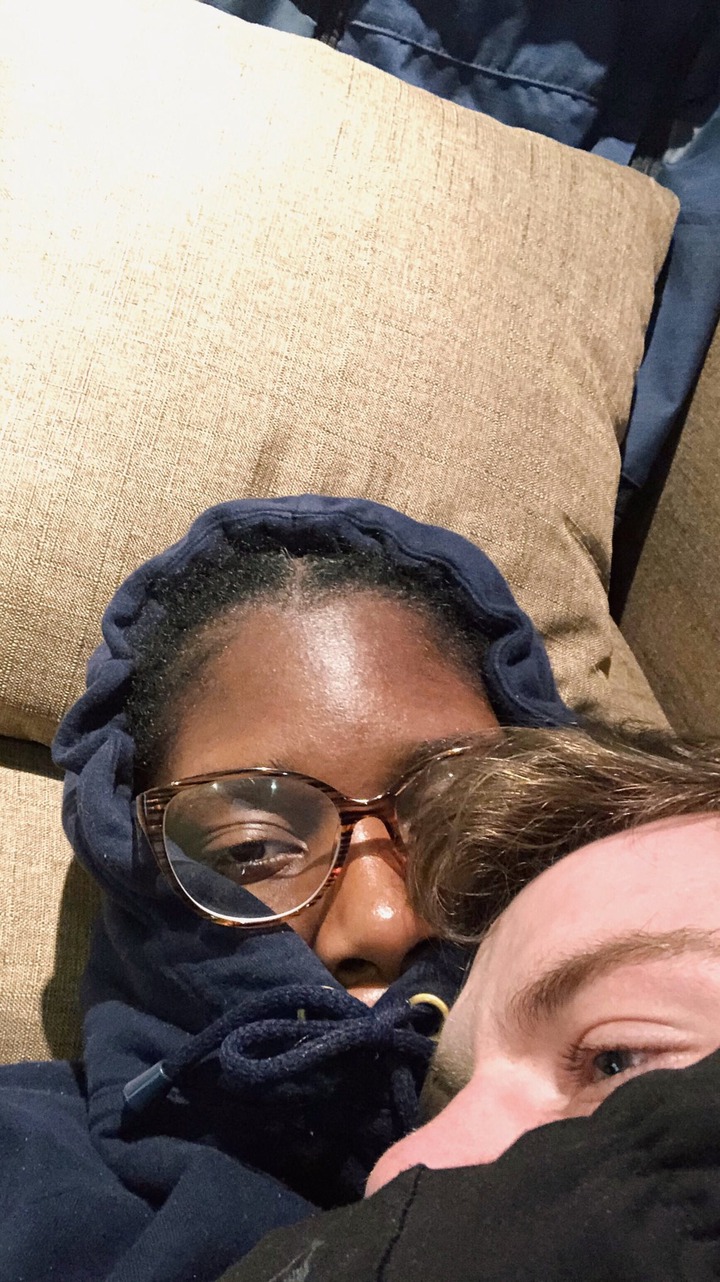 However whether it was a joke or the hypnosis actually worked no one could be too sure buy they were asking her for the picture she used for her men so that they too would use it on their boyfriends. 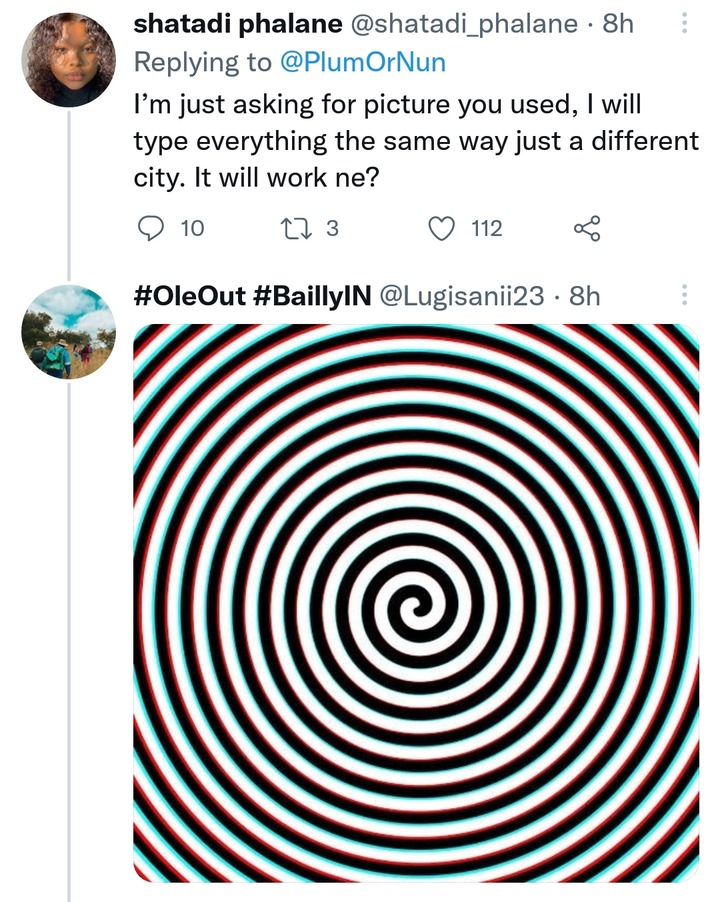 Some people however found it funny as they do not believer in those things. They believed that the guy was going to see his girlfriend because he loved her and it had noting to with hypnosis. Hypnosis is there but only therapists practise it as they are trained for it not ordinary people. 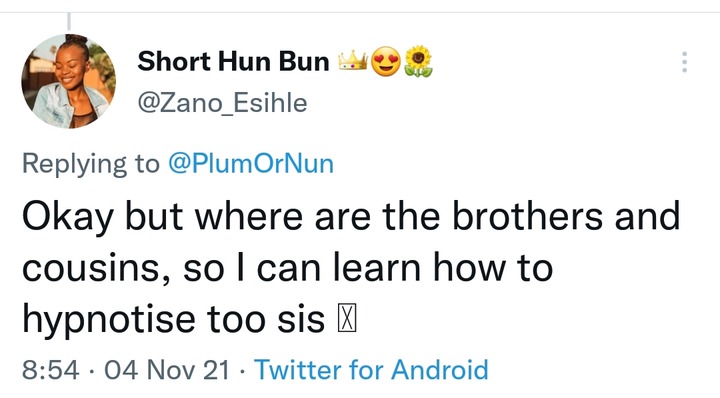 some times people share their stories for entertainment purposes but there is no recipe to fall in love. The only thing is for two people to really want to be together.