A viral picture on the internet shows a grandma frowning as she is being worn an ANC campaign shirt. The old woman who was seating on her old bench in a Shack was being worn an ANC shirt, but the expression on her face was that of unhappiness, unwelcoming and reluctance. After observing the pictures, some Twitter users attack the ANC for always making South Africans look like fools. An angry South African lady wrote after seeing the picture, “They will leave her with a t-shirt to do what with it? Never come back again, I hope she doesn't even vote for them and uses that t- shirt to clean her place”. Another person added that the only time these politicians remember to visit the poor people and those who live in abject poverty, and residing in shacks is when elections are approaching and the highest gift they can ever get from politicians. They noted that this is heartbreaking and highly unacceptable. 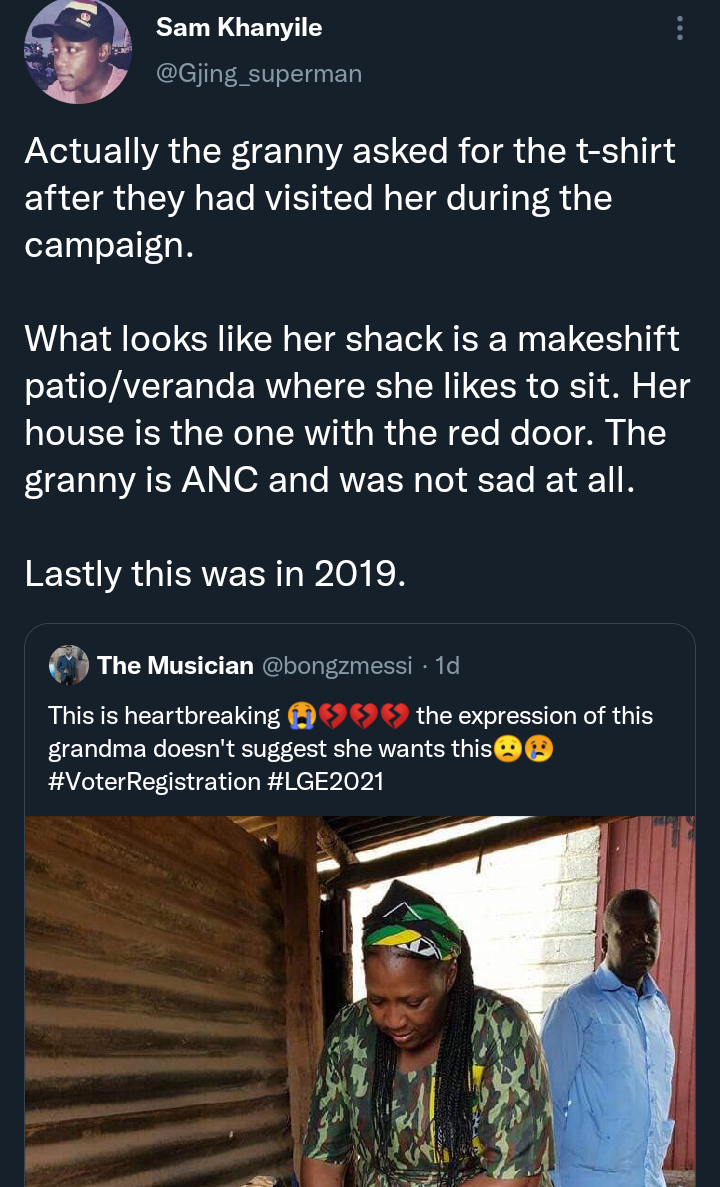 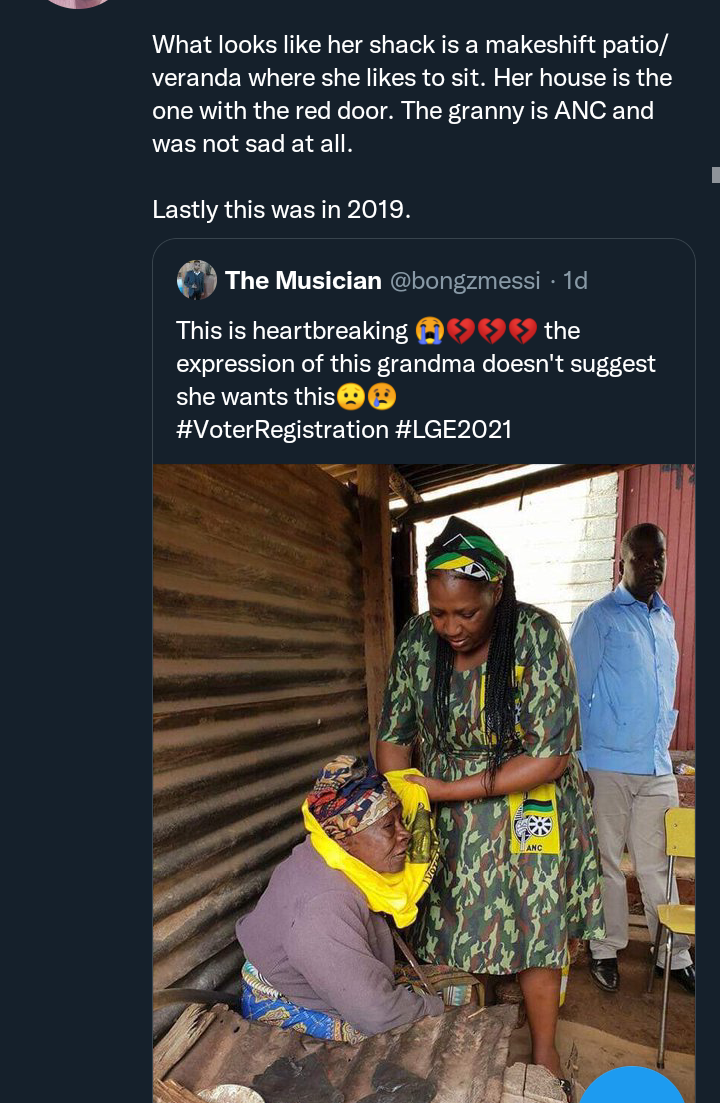 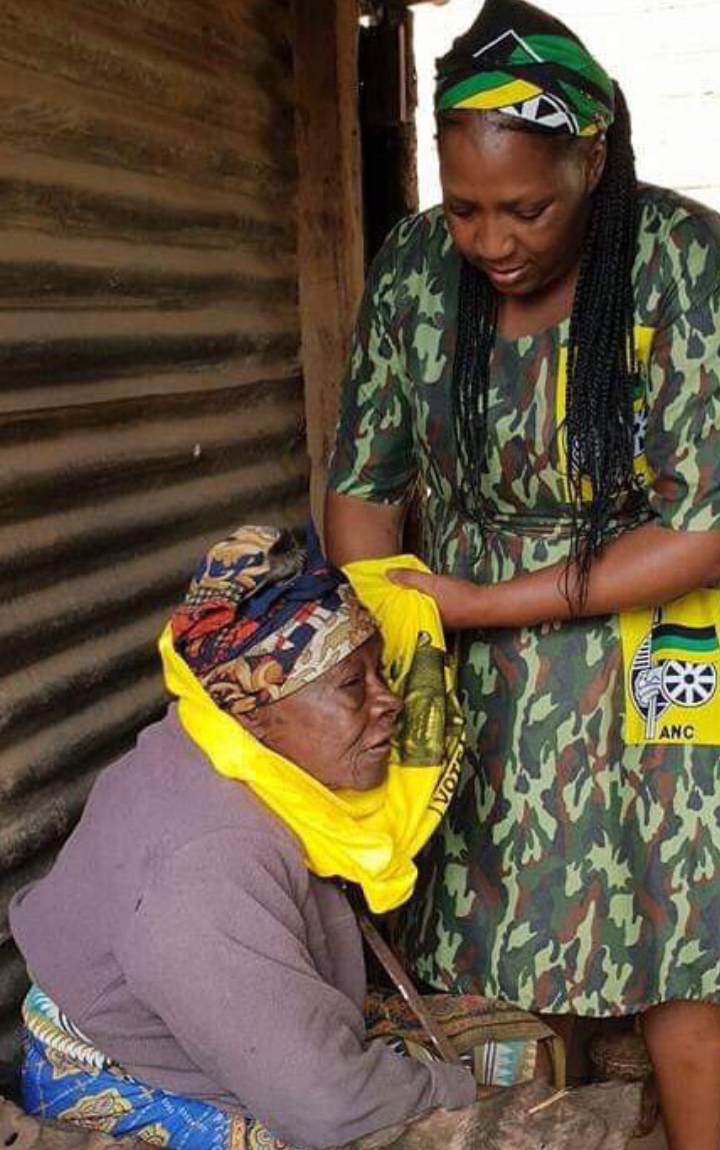 An ANC while trying to defend his political party made it known that the pictures were not taken this year, saying that the shirt was requested by the old woman, and she was willingly given the shirt. He said that there was no iota of disappointment or disapproval on the face of the old woman as social media users are insinuating, declaring that the grandmother is an ANC member, and she is proud to be. He also added, “Actually, the granny asked for the t-shirt after they had visited her during the campaign. What looks like her shack is a makeshift patio/veranda where she likes to sit. Her house is the one with the red door. The granny is ANC and was not sad at all. Lastly, this was in 2019”. The ANC is fond of distributing t-shirts and caps during their door-to-door campaigns, and it was during one of those campaigns that they met the weak and old octogenarian. A Twitter user wrote after watching the picture, “This is heartbreaking. The expression of this grandma doesn't suggest she wants this”. 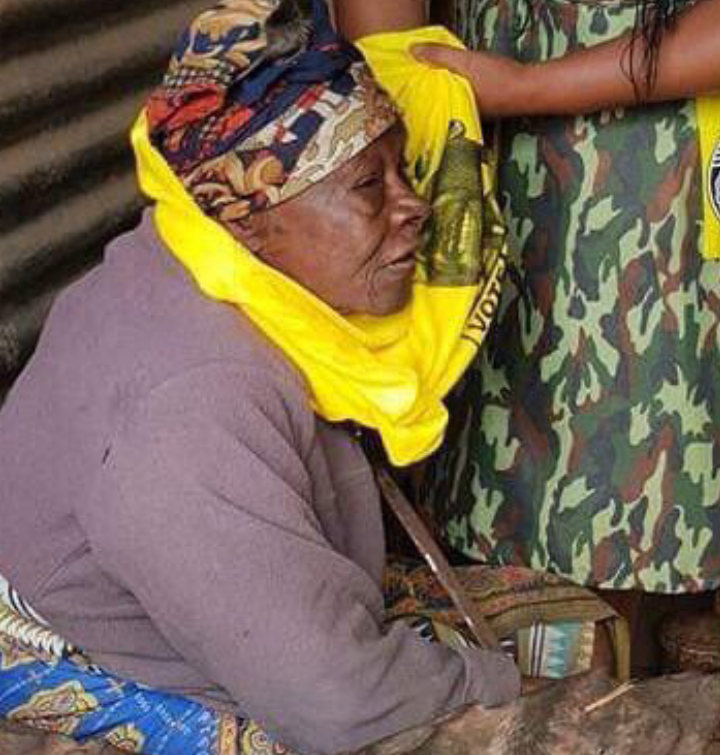 The ANC are not doing many campaigns this period after they were turned down in many places including Soweto where they tried to do a mass campaign. The people said that the ANC failed them. A South African youth wrote shortly after seeing the pictures, “Political desperation.

Who forces party regalia on an old lady like that?

They give them t-shirts in return for votes, just for these politicos to forget the same voters for another five years. It is horrendous”. Some added that these Campaigners will only return to this poor village again during the next election season.