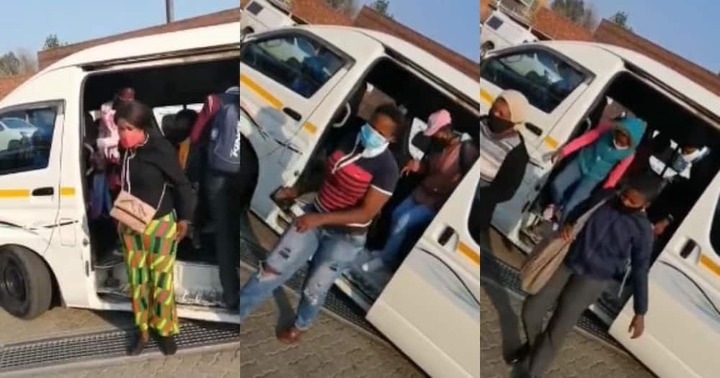 Xolani Fihla, a spokeswoman for the Joburg Metro Police Department (JMPD), said that the department is aware of a video that has been making the rounds on social media showing a cab driver trying to run from police but being arrested by a citizen in Sandton.

Fihla said that police from the Johannesburg Metropolitan Police Department were executing a roadblock at the intersection of William Nicol and Sandton Drive in Sandton when they halted the minibus cab that was conveying customers.

In response to the police who had stopped him, the cab driver got out of his car and went up to him. The police inquired as to whether he had a driver's license. After returning to the cab and failing to return with his license, the driver just drove away," Fihla said.

As he drove away, he was pursued by police.

According to Fihla, "Officers were able to block and halt the car not far from the roadblock."

He went on to say that the driver leapt out of the car and ran in an effort to run, but he was swiftly arrested by a guy who jumped out of a white Mercedes-Benz and was detained by the cops shortly after.

After further investigation, it was discovered that the person who apprehended the cab driver was really a SAPS officer. According to Fihla, "the department commends him for not abdicating his responsibilities."

The motorist was hauled back to the checkpoint for further questioning.

Opinion| So we are here in the age of political zombies who operate like robots.