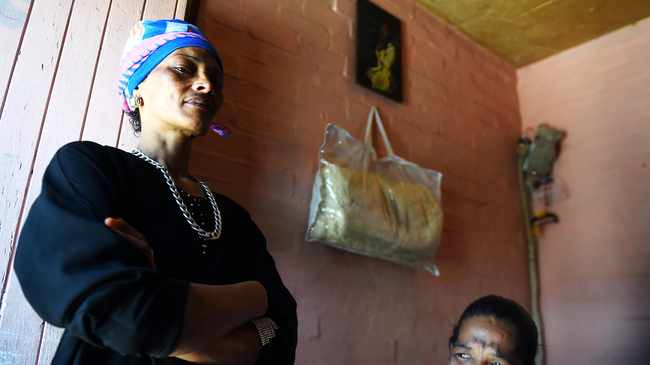 CAPE TOWN, South Africa – Middle-aged women who have been trapped in gangs and drugs for over a decade expect that getting a job will be the key to their emancipation and independence.

Two ladies from Manenberg, a neighborhood known for its gang culture and criminality, recount their experience as a plea for a chance to change their life.

In this story of love and battle, Najuwa Isaacs, a 42-year-old mother of three, was 19 when she had a crush on a person who offered her a way into a world she is now anxious to escape.

"I was crazy about him back then, and we became connected despite not knowing he was a mobster."

"Every week, we went to a bar in the backyard, usually with music playing, and felt familiar with each other." 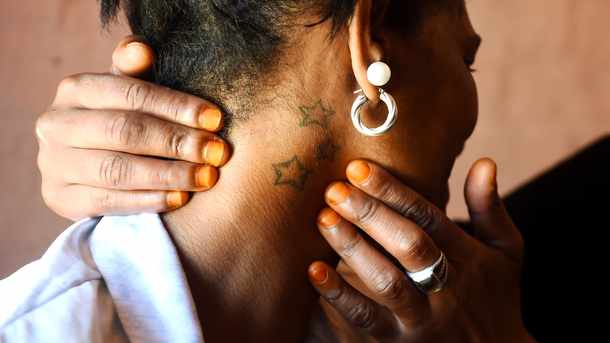 "Then I met another guy and fell even more in love with him, but the previous one refused to leave me alone."

"I had to make a decision, and when I did, one didn't like it, so they drew guns on each other." That event sparked a gang war that lasted seven to eight months.

"I had to remove myself since both groups had transformed me." The person who was in love with me was imprisoned, and then they came after me."

"When I see at people who lost their children in the gang war, it is still not good for me," she said of the memories.

When her lover, a member of the Hard Living gang, was released from jail, she says a meeting was organized with the opposing gang to appeal for peace, allowing her to return home.

The remainder of her life, as an indirect gang affiliation, was spent "keeping firearms, hiding bullets," as it was for many other women.

"These are the kinds of things that are required of us and might put us in jail." "Once upon a time, I was incarcerated."

She also characterized the prison as a "hell" unlike any other.

"It's dreadful in the female penitentiary. If you are inside, you are locked up at a specific hour and awakened up three to four times a day to be counted. You are constantly on the inside. Some women behave as though they are guys. Women are known as 'broekies' and'skirtjies,' and they pair up, build tents, bring moms and dads inside, and so on."

"Everything is free," she added, "but there's no room for anyone."

"There are almost 100 individuals in a room, and people mainly sleep on the floor in the court cells."

Isaacs is now divorced and maintains that her affiliation with the mafia lifestyle is over.

"I'm done, and I'm not returning." My baby's father would like to recover me. I don't want anything to do with him. He slept with my oldest daughter, which I found, and I fired him. He has no concern for other people. I'm not sure why he wants me back. I believe that no gangster with whom a lady falls involved cares about her. I'm not a believer in love." It's either death or prison for you "She elaborated.

In addition to the tough lifestyle of a gang, Isaacs has worked in various factories and is eager to do everything to get back to work.

"I can't undo what happened in the past, but I can start afresh." I just want to work so that I can provide for my children and live a peaceful life. "It doesn't matter what job I get; it's about being self-sufficient and standing on my own two feet," she explained.

Christine Jacobs, a forty-year-old mother of four, is sick of living in a gang.

"My children are 24, 18, seven, and three years old." "One of my children perished in a vehicle accident when he was five," she explained.

Her father was killed when she was five years old, therefore she was raised by her grandma, according to Jacobs.

It started with a crush, virtually identical to Isaacs', except she was just 16 at the time.

"He was a mobster at the age of 17 at the time. So we used to dance, which is how I got into drugs and ended up in prison for theft."

She claims the relationship did not work out, but she ended up dating another mobster who is now in prison, and she has been drug-free for two years.

"Now that he's in prison, I've changed my life, and I'm looking to God." It's difficult now that I'm clean since I'm still among individuals that use, but luckily I don't have the need.

"I want to work so that I can be a better mother to my four children." I sought for job but couldn't find anything. It's terrible having a criminal record because people criticize you, but all I want is a chance to show myself and start over," she explained.

Valerie Olifant, a community worker with Helping Hands Manenberg, says she has known the ladies for a long time and could sense their willingness to change, even if it was difficult given their circumstances.

"Because of the high unemployment rate, many individuals in our town are already struggling." These women are doing everything they can to get out of their position, as seen by their participation in my soup kitchen. They will see me working and come over gladly to help me peel potatoes and so on without even asking, so I can see they want to change their life.

"The major thing motivating people in these circumstances is poverty; it's a survival factor; it's tough where we live."

Another difficulty, according to Olifant, is the ease with which narcotics may be obtained.

"Despite this, I can see them trying; Christine has even gained weight again; they are working hard to get themselves out of this circumstance; they only need help."

Olifant is requesting support in order to give work options for the ladies.