By Everydaynews (self media writer) | 16 days ago

A painful thing has happened at Rustenburg after they found a young man brutally murdered. It was said that this young boy who is 17 years was killed by the Nigerian nation for allegedly dealing with drugs. It was a painful death even though he was selling drugs. The reason they killed him is not that they cared about our kids but because he had no right to sell drugs at that place. Every township has its drug dealer which is known if a random person comes and sells drugs they need to be removed. 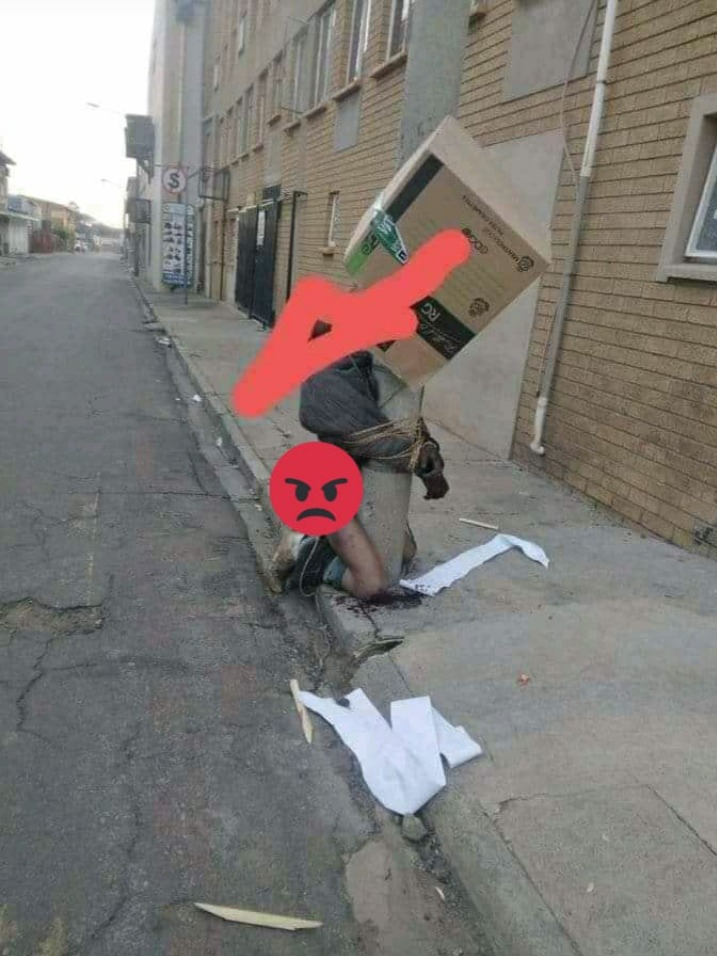 This boy was still 17 and he had a long life ahead of him. If they cared for him there were supposed to call the police then report him. But they decided to kill him so pain and left him like that. According to the reporters, the accident took place near the Criminal investigation Department building. When the investigation was going on it was said that this boy was accused of snatching drugs that belonging to Nigeria drag dealers. The name of this young boy who was found in an appropriate position was not disclosed to anyone.

This accident has left a lot of people sad thinking about how is his mother feeling. Every mother always wishes for what is best for her child. It's so sad that kids move out of the way just to get money which they can make after matric. This boy was doing his matrix he was supposed to focus on school but he chose drugs. He made a bad choice from snatching from the wrong person who didn't care about his life. They didn't leave him even though he was apologize coming back to his senses. His death has left a lot of people in pain because he was still young.

No one deserves this painful death even if they did still something. There are people on the comment section who are saying they blame ANC for all this. They need to work hard to remove these drug loads in South Africa. People kill each other just because they want to feel like a boss to the community. These kids there are still young and they do anything to get money which now leads them to death. The Midrand community is still in grief after this big accident.

This has come as a lesson to other young boys to stay away from drugs and focus on their school work. Selling drugs always lead to death or being arrested South Africans need to know this. Sadly the boy didn't survive because the main aim was they wanted him dead. Youth need to take care of themselves and stop doing dangerous things.

Confession Of A Kidnapper: I Plotted My Cousin’s Kidnap, Murder To Avoid Repaying N1.4m I Owed Her”