By Health (self media writer) | 1 month ago

The Statue of Jacob Zuma is a bronze monument erected by Governor Rochas Okorocha of Imo State. The monument commemorated the visit of the South African President, Jacob Zuma who visited Imo State when he was still the president. Governor Okorocha stated during the unveiling of the statue that: "we have decided to honor you for your love for education, though you were deprived in your early days in life but you are working to make sure that every poor child went to school". The unveiling was done in the state capital Owerri during a ceremony attended by former president Olusegun Obasanjo, former governors, chiefs and distinguished members of the state. 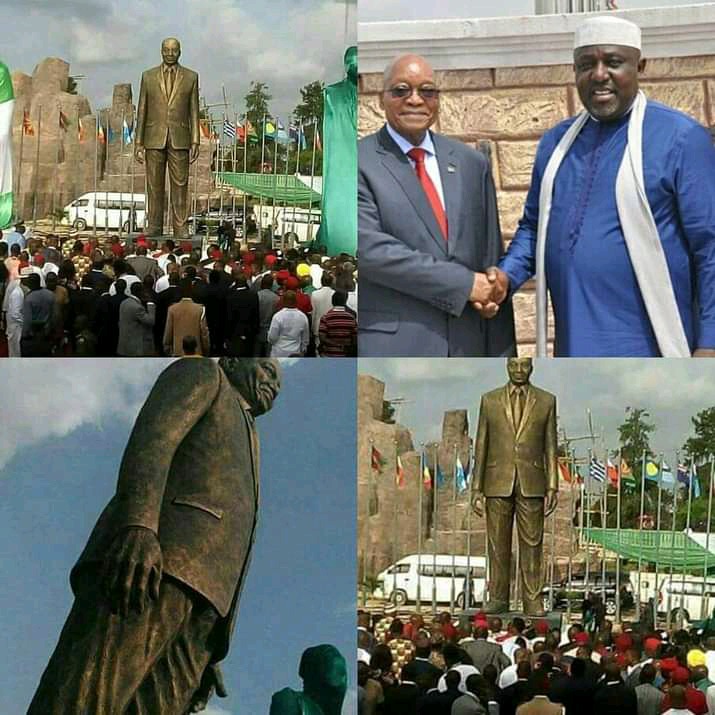 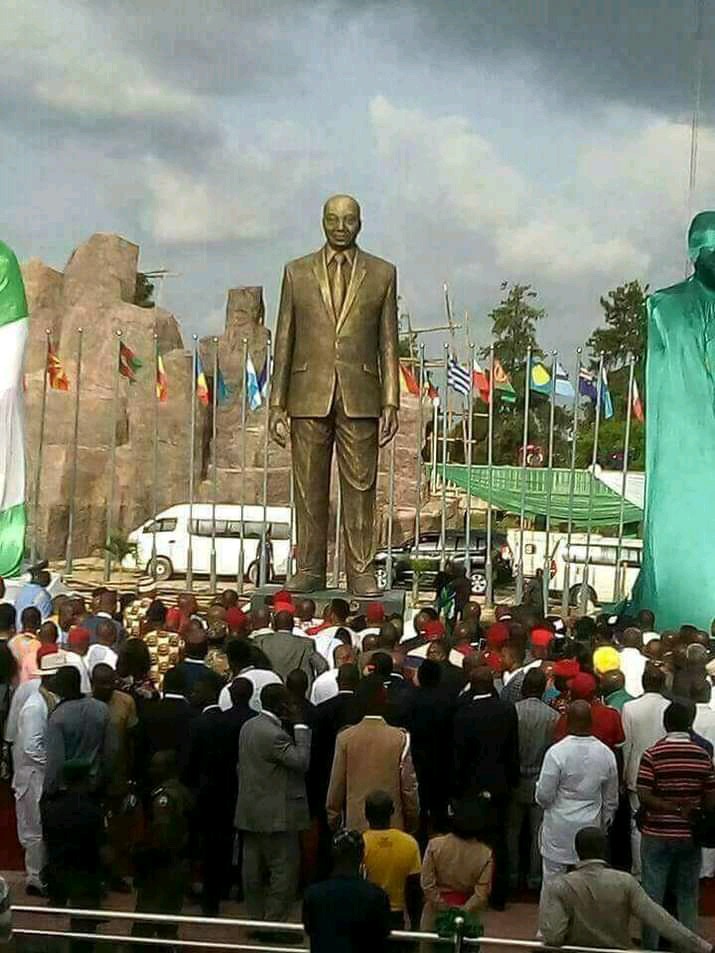 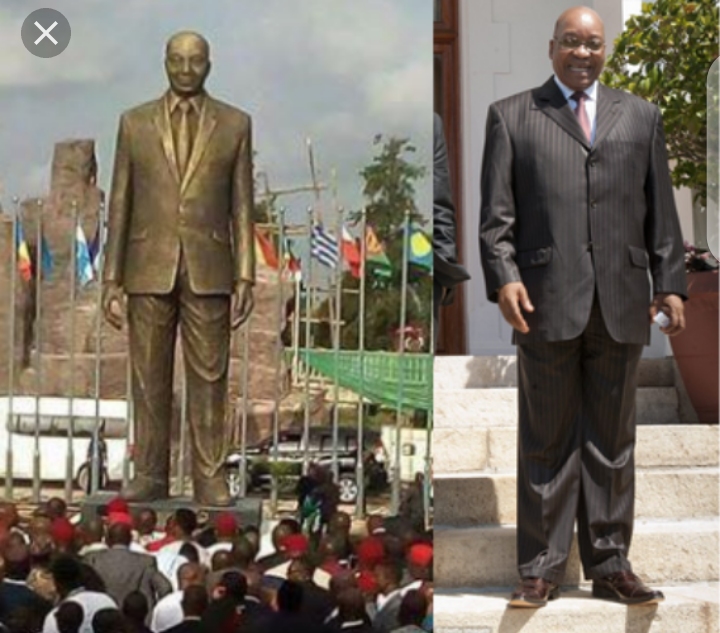 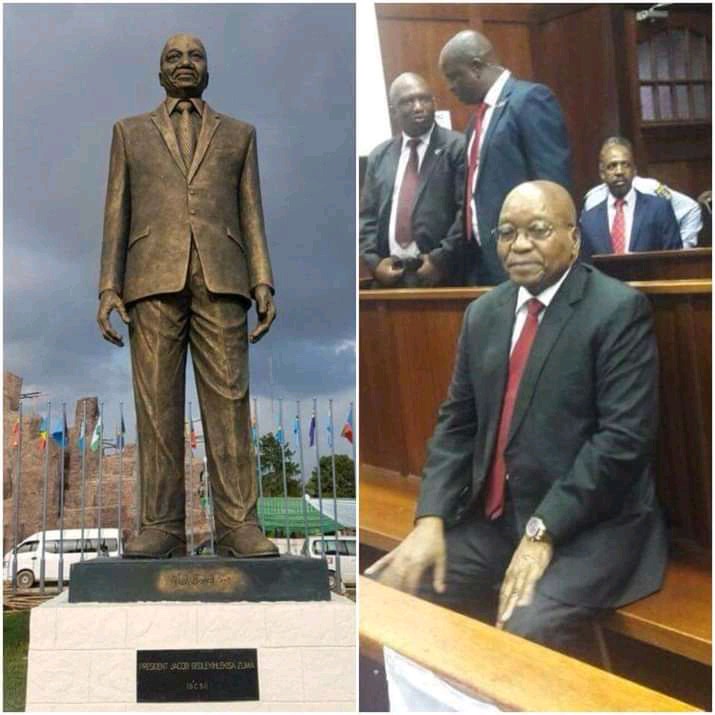 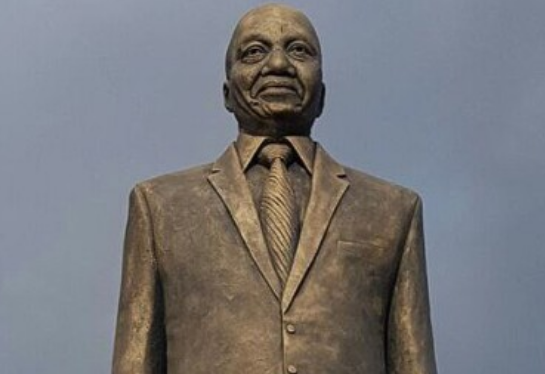 The statue was a life-sized monument that cost around 520 million Rands which is the equivalent to $1.4 Million. The Zuma as reported by a popular blogger was among the seven other that Governor Rochas Okorocha arranged in the state's capital, Owerri.

A memorandum of understanding (MoU) was signed by Governor Okorocha and President Zuma, to provide free education for poor children on the continent. President Zuma was also given a chieftaincy title of Ochiagha Imo that translates to the ceremonial leader of warriors by Eze Imo, Samuel Ohiri. He received a Merit Award and a street was also named after him. The Jacob Zuma statue generated lots of debate and complaints.

His visit to Nigeria was just after the South Supreme Court ruled that President Zuma should face corruption charges.

Jacob Zuma gave a surprise visit to Governor Okorocha which was only announced that same day by the Presidency of South Africa.

Many opinions were raised by Nigerians over the huge coat of the statue.

Everyone knows Jacob Zuma is a legend. His way of life has motivated so many South African Youth to imitate his lifestyle. Everyone should live a legendary life like Jacob Zuma.

Pearl Thusi agrees to go on a date with Mr Smeg

Have you seen Kamadonsela From Imbewu Actress 's recent unique look? Check how wonderful she looks.