By Trending_SA (self media writer) | 17 days ago Soweto - Police are investigating after two people travelling in a Ferrari were shot dead in Soweto. It is understood that the two were traveling along Chris Hani road on sunday after 10pm, and their vehicle was blocked by a Toyota Etios. The occupants of the Toyota randomly shot at the Ferrari killing the two occupants. 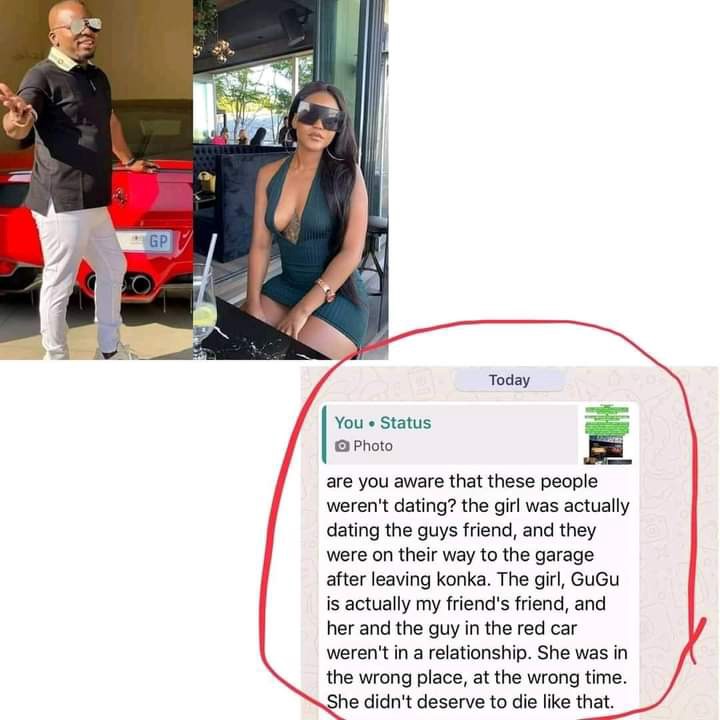 The driver Muzi (41) died same time, and the woman (21), identified as Gugu from Eastrand, died after police arrived at the crime scene. More than 20 shots were fired at the Ferrari. The man and woman were apparently friends, with the woman being a girlfriend to the Ferrari driver, according to someone close to the woman. The person who's close to the deceased woman says the woman asked to ride in a Ferrari, while her man drove another car which was in the convoy. The boyfriend to the woman had to watch as his girlfriend Gugu is shot dead inside the Ferrari. The motive of the murders is unknown at the moment.

Have you seen Siphesihle Moroka from Generation: The Legacy in real life? See her beautiful pictures