A Pretoria mother admitted to stabbing the father of her child after he allegedly assaulted her. The father died while driving away. 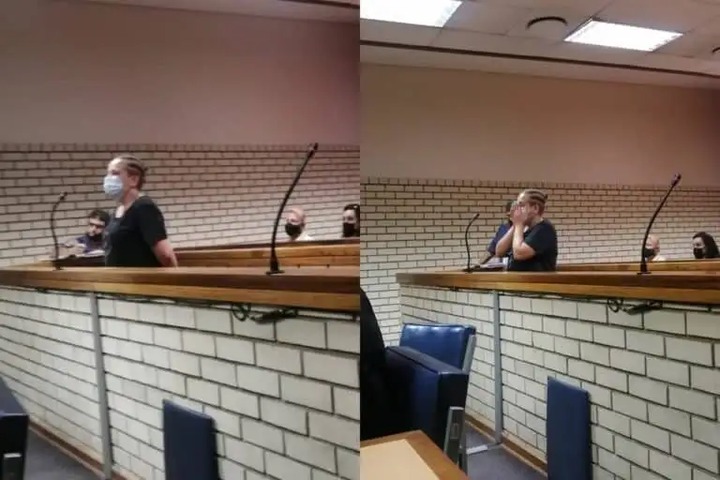 A heated argument over a cigarette on Valentine’s Day turned deadly for a Pretoria mother of one.

Beyers is facing one count of murder.

Preliminary investigations revealed that the couple got into an argument over a cigarette on Valentine’s Day.

The father of her seven year old son allegedly assaulted Beyers, and she retaliated by stabbing him with a knife.

He then locked Beyers in the house and drove off.

It is alleged that when he got to Fred Nicholson and Lambert Lee streets, he fainted, the car lost control and went off the road and hit a tree, said NPA North Gauteng Regional Spokesperson Lumka Mahanjana.

When police arrived on the scene, the deceased had been attended to by the paramedics but had already died.

The police also found Beyers locked inside the house. She informed the police that her son’s father had taken the key.

The police managed to find the key inside the car and then informed Beyers that her child’s father had died.

Beyers admitted to stabbing the deceased and told the police where the incident took place, and the weapon used. She was then arrested on the scene,msaid Mahanjana.

In court, Beyers attorney read out an affidavit in which she admitted to stabbing her son’s father but asked to be released on bail.

The state prosecutor Nkhangweleni Phanuel Mudavhi told the court there was a strong case against Beyers and warned against bail.

The suspect also has two previous convictions of theft and perjury.

Having been found guilty of perjury before, what evidence does the court have that she will be honest and abide by her bail conditions. Secondly, since there is evidence that the accused is using drugs, chances are, she might commit a schedule one offence. It is our submission that bail is denied, said Mudavhi.

But the court found that Beyers was not a flight risk and it was unlikely that she would evade trial.

Content created and supplied by: Lento123 (via Opera News )

Chiefs are led by Pirates in a transfer of high rated forward.