News of a young woman who is said to be a good Samaritan broke the internet today after it was reported that she picked up an abandoned bag of cash with R40million and handed it over to the police. Thereafter, she was awarded a certificate of food citizenship as police applauded her for not keeping the money for herself and her family. 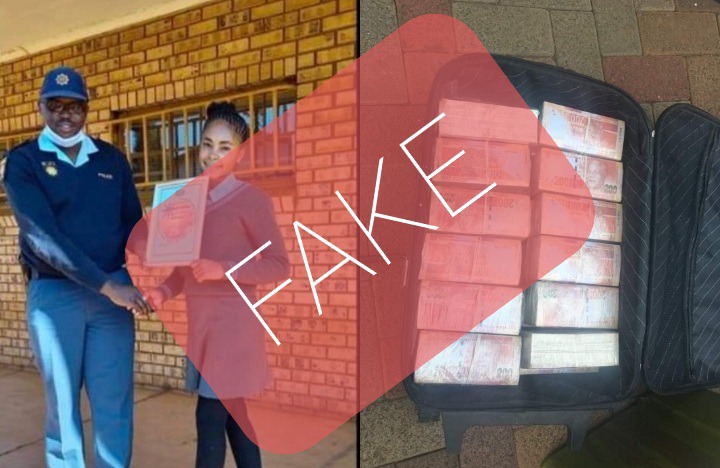 South Africans had a lot to say about this. Some were calling her a fool for trusting the same police that takes bribes from criminals whilst others were wondering if the government will pay for her studies. However, it appears that what glitters is not gold as there is more to the story than what meets the eye.

According to one of the learner's teachers, the young girl is from a school in Mpumalanga and not from Soweto as reports have stated. The teacher claims that learners were awarded a certificate of excellence in an assignment and the girl in question happened to be one of the learners.

The teacher has further shared other pictures of other learners who were also awarded a certificate of excellence. A Gauteng Junior Provincial Commissioner has attested to what the teacher says and says that if the learner had picked up the money, she would not have been exposed like she had been and her identity would have been protected from the perpetrators.

The masses are disappointed and angry at themselves for calling the young girl a fool when the news about her giving millions away is fake. Some are laughing at themselves for believing what they have read without checking the facts.

When the reports about the R40million went viral, no one asked how the young girl managed to pick up a heavy bag of cash or if she received any help in transporting it to the police. Did she find the bag opened? Where did she get the guts to open an abandoned bag? What if she found something else inside?

Nonetheless, at least people know the truth now. And, at least we know that people will never take money to the police, they would rather keep it, even if it is from the proceeds of crime.

If you see any of these five people in South Africa, get out of there right away and call the cops.

The student angrily shot his geography teacher after discovering he had failed his matric exams.

If you spot any of these 5 people in South Africa, leave the area immediately and call police