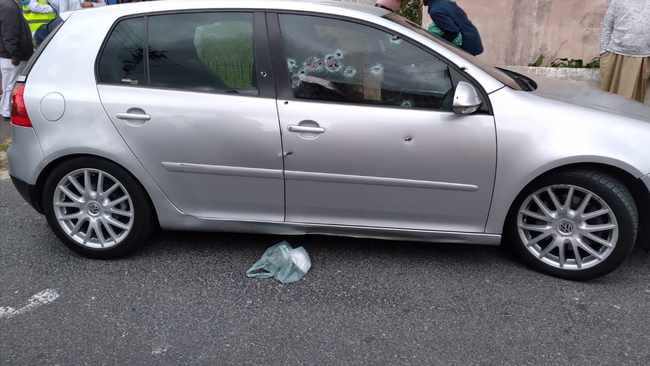 Cape Town: Three claimed unmistakable individuals from the American's posse experienced harsh criticism today while sitting inside a vehicle outside a mosque in Wynberg, leaving one dead.

Recordings of the horrifying crime location became famous online via web-based media minutes after the shooters ran away from the area along Mars and Park streets. One of the people in question, sitting inside the vehicle, could be seen holding a lit cigarette.

Men leaving the mosque were stunned, approaching occupants not to sully the crime location as everybody mixed.

An observer and wrongdoing warrior, who can't be distinguished for reasons of safety and who had been inside the mosque at the hour of the firing, said a few shots could be heard: "We were all in mosque as we came out and remained by the entryway. We caught wind of 10 to 15 shots going off and we saw one man tumble to the ground and two others were shot in the vehicle, one was code blue and one more was raced to clinic."

The men are perceived to be high-positioning individuals from the Americans pack in networks like Silvertown in Athlone, Heideveld and Bonteheuwel.

Police representative, Captain FC Van Wyk affirmed that one individual had kicked the bucket while two others were injured.

"Be prompted that Wynberg police are examining instances of homicide and endeavored murder after a shooting occurrence this evening at around 1.50pm at the edges of Mars and Park streets, Wynberg, where a 29-year-elderly person was shot and lethally injured and two different guys harmed.

"The harmed casualties were taken to a close by clinical office for clinical treatment. "Conditions encompassing this shooting episode are being scrutinized.

"The obscure suspect/s ran away from the area and are yet to be captured.

"The intention in the assault is obscure.

Seems Chiefs Will Not Be Getting Their Star Target