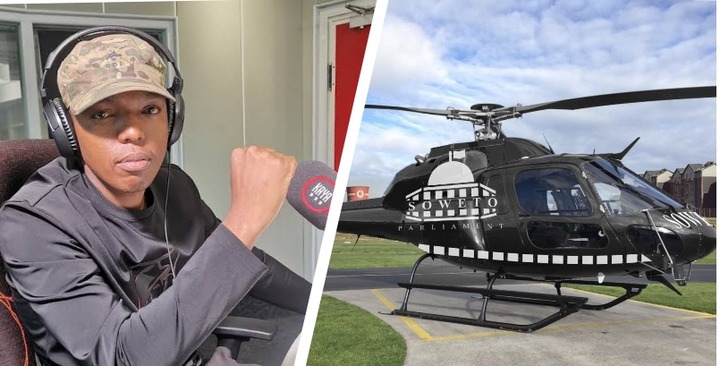 Ever since he left Operation dudula, he's been constantly criticized by his former supporters who felt like he sabotaged the movement and left. Though Lux made it clear that he left because the new way in which members of operation dudula are coordinating their activities goes against his standard and believe.

However, Nhlanhla Lux has been trolled by members of operation dudula after he revealed his plans to assist Police to purchase a helicopter that would be used in fighting crime in Soweto.

Nhlanhla Lux said he is more concern about making Soweto great, and he has plans of raising funds to get a helicopter that would be used in Soweto to fight crime.

The plan here is to raise funds to get a helicopter dedicated to support Soweto based police stations fight crime".