People are talking: Here's what they saw before Waterkloof Airbase fire started 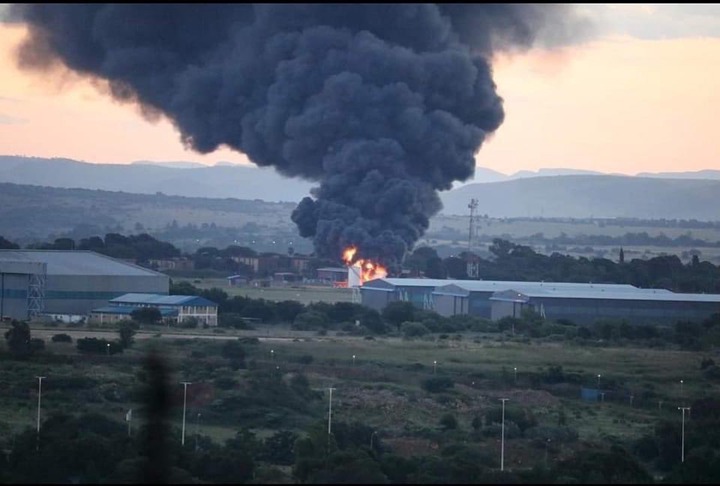 On Sunday, the Waterkloof Airbase was engulfed in flames. People are talking! Apparently on Saturday night an unusual amount of airplanes were flying over the neighbouring suburb from Waterkloof. Residents around that suburb took to Twitter to raise concern. Apparently the airplanes made a number of suspicious turns around the suburb. Several South Africans have raised security concerns. 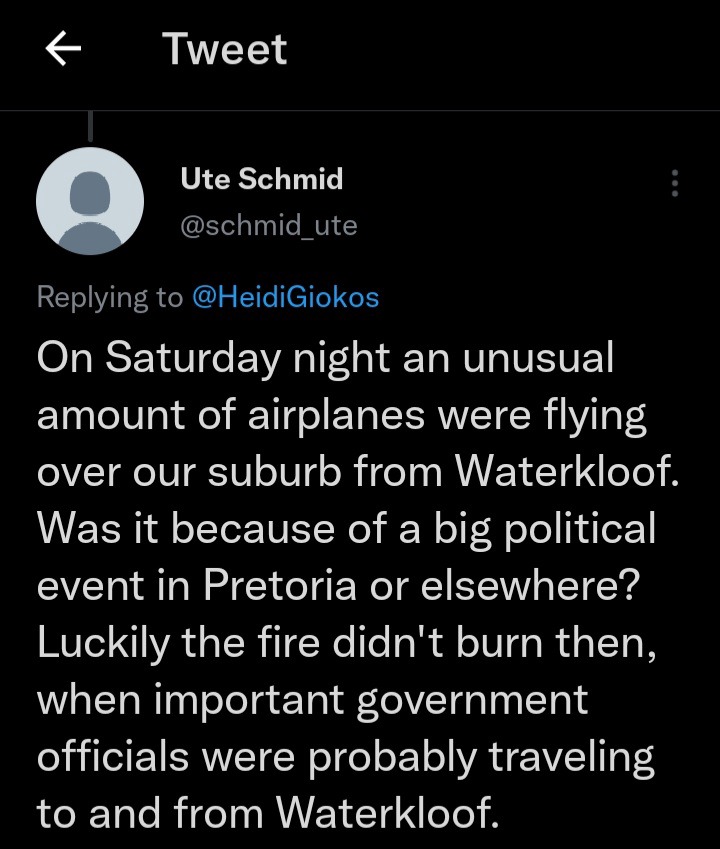 Several people were left in shock and fear, suspecting acts of terrorism as there have been more fires at national key points since the year started. According to eNCA Journalist, Heidi Giokos, tankers are suspected to have caught fire at Waterkloof base in Pretoria. SANDF members have reportedly told eNCA that the fire is under control at this stage. Giokos says there is no clear indication as to what caused the fire at the Waterkloof base. But SANDF told eNCA there are no reports of anyone injured at this stage. Details remain sketchy but there are 6-7 fire trucks on scene and the blaze has been contained. 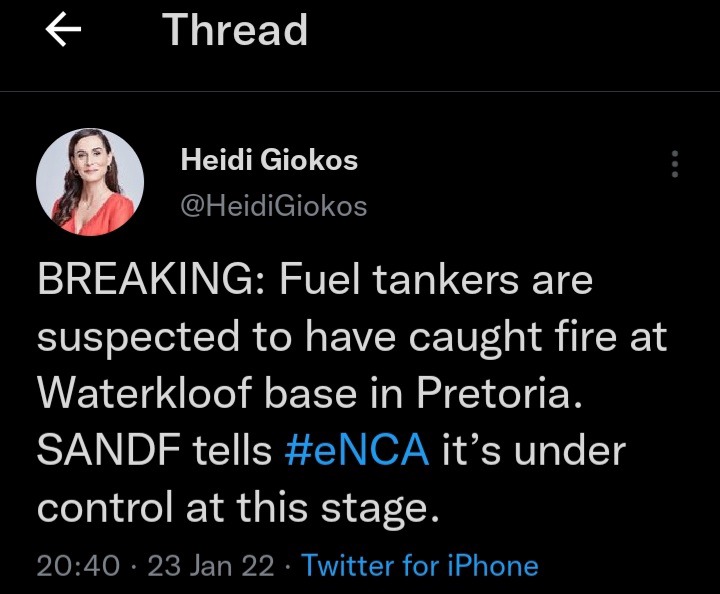 "I can confirm that it started at the bulk fuel tanks where we store fuel. There is no clarity how the fire started and there is no indication on whether it came from underground or on the surface. Investigations continue to establish further details," said Spokesperson of the SANDF, General Mongezi Kweta. 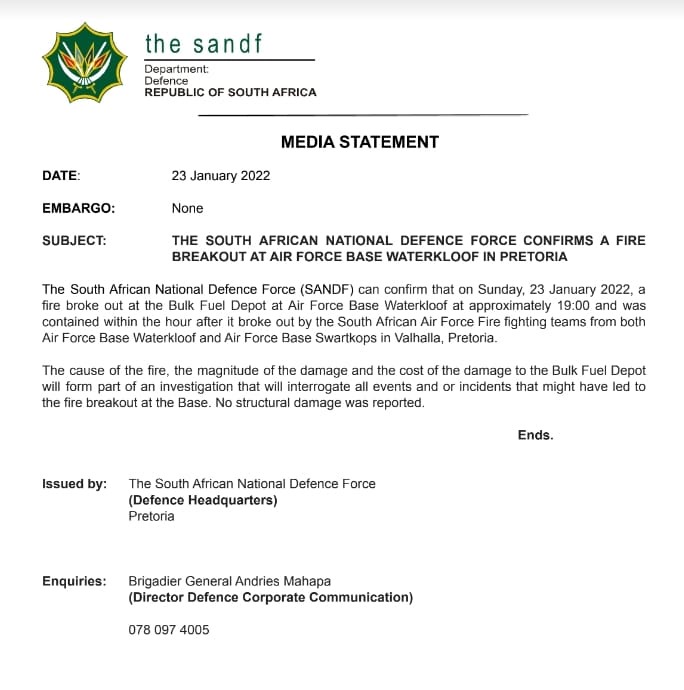 The most worrying aspect about these incidents is the lack of security as key points. All these sites are either protected by the SANDF or SAPS but people are able to gain access undetected with soldiers and police keeping watch.

The Spokesperson for SANDF says they do not suspect any foul play but numerous South Africans are not buying it. Here's what many are saying: 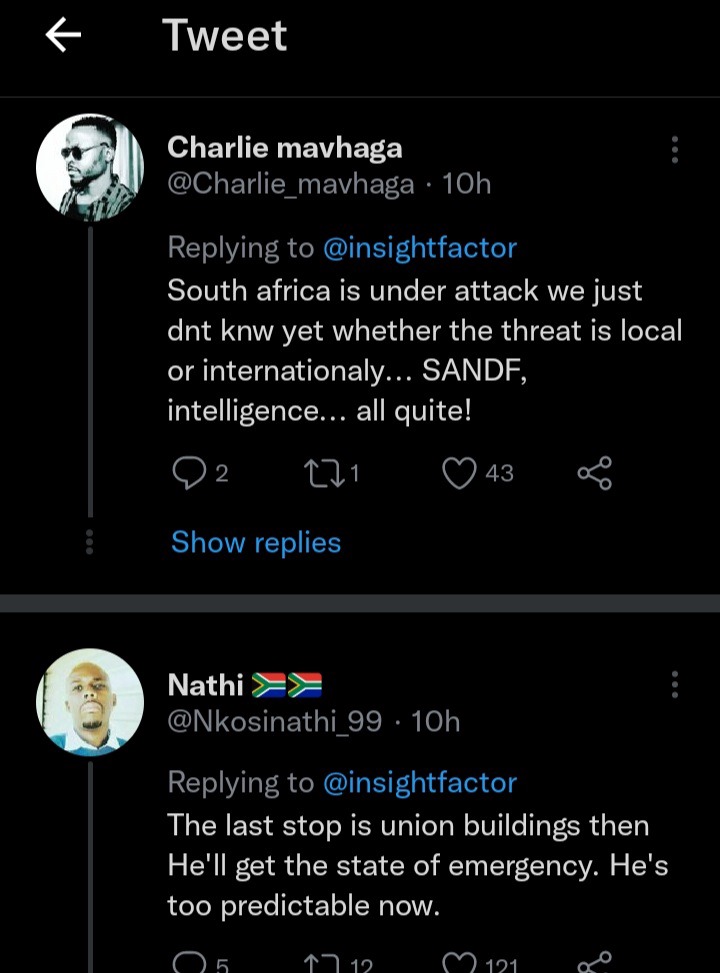 @Siphoo Mk veterans and a group aligned with RET is not happy with the current administration and they are sending warnings everywhere.

@Blackish South Africa is burning under the leadership of Ramaphosa and we not doing anything... We just watching and folding our arms. 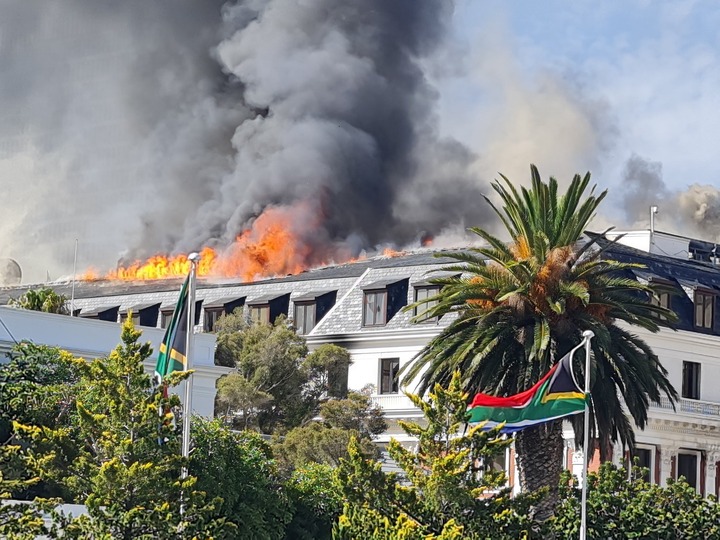