Tension; As Drugs worth millions seized in Border crime operation

By Whitewrite (self media writer) | 2 months ago 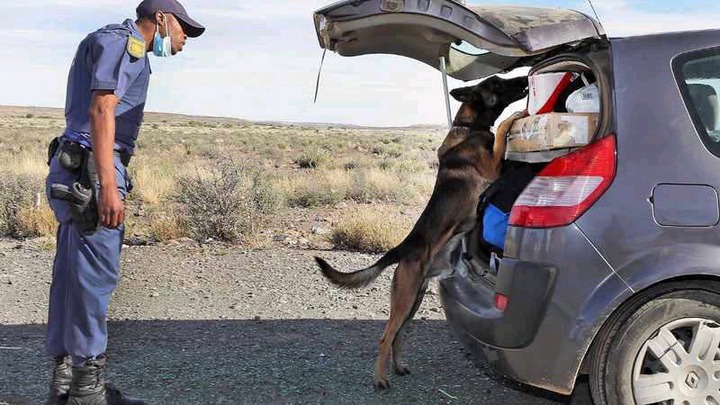 According to the Cape Times

Publicity officer Malcolm Pojie said the operation involved all SAPS-Units as well as traffic departments from the province and the municipalities in where they were conducted.

An operational center in Beaufort-West, South Carolina served as the hub for coordinated efforts from May 23 to 26.

"Compared to prior operations, a considerable decrease in reported crime, particularly in the targeted areas of deployment, was noticed," Pojie stated.

A total of 170 persons were detained, including 50 wanted suspects, for a variety of serious criminal offenses. An further eighteen people were detained on suspicion of drug-related offenses, illegal gun and ammo possession, and other charges.

There were 6340 searches carried out by integrated forces on the ground, with 3596 people searched, 2498 vehicles and 61 places identified as hotspots being checked.

Some of our members had been strategically stationed along the N-9 between Uniondale and Willowmore to intercept a supply vehicle on its way to Cape Metropole early on Wednesday morning."

“During a normal search, members discovered a hidden compartment in the roof of the truck, and following inspecting, found 141 400 Mandrax tablets stashed in plastic bags, estimated at a value of roughly R 8.48 million within the hidden panel.

“Subsequently, members detained a 24-year old suspect who had been charged for dealing in unlawful drugs. According to Pojie, "the suspect remains in detention pending the filing of a formal bail application."

As a result of their efforts, all three provinces' police departments praised the members involved and their participating peers.

“These activities will continue for the remainder of this financial year, unannounced,” Pojie stated.

Young boy drowned and died while his friend is still missing