By success (self media writer) | 9 months ago

A variety of solutions exist for dealing with feelings of envy that people can choose from. Those who are self-aware enough to recognize their envy and transform it into a source of inspiration are few; those who are unable to conceal their feelings and allow them to fester and blossom into hatred are commonplace. We know that witchcraft is another offspring of jealousy, and the news that we received today is no different from the news that we have heard about other forms of offspring of the same kind of jealousy. 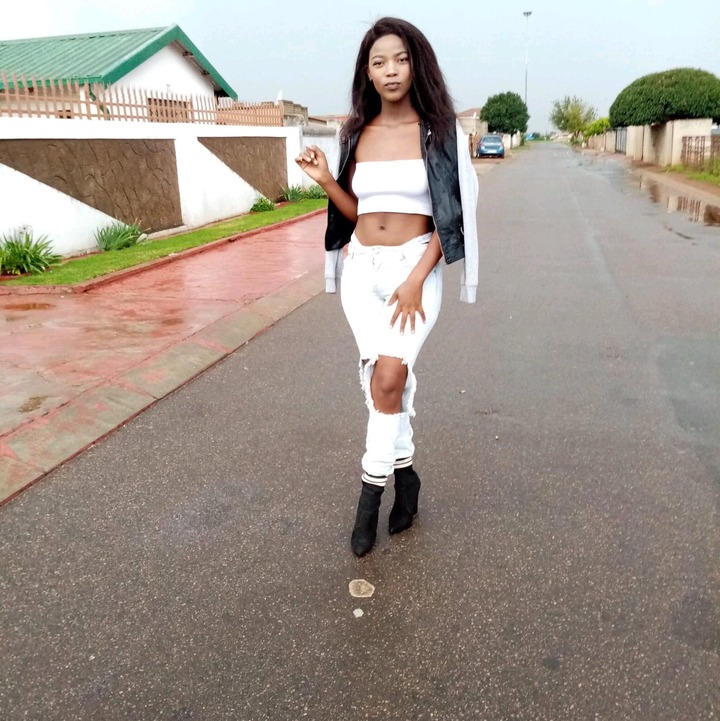 Just because she was able to pass her college final examinations and receive a passing mark, a young lady's life was cut short for no other reason than that. Known only by her first name, Mbali Hlongwane, she was a student at Ekurhuleni West College, where she studied computer technology (IT) (EWC). Two stabs to the stomach were delivered by one of Mbali's male classmates. 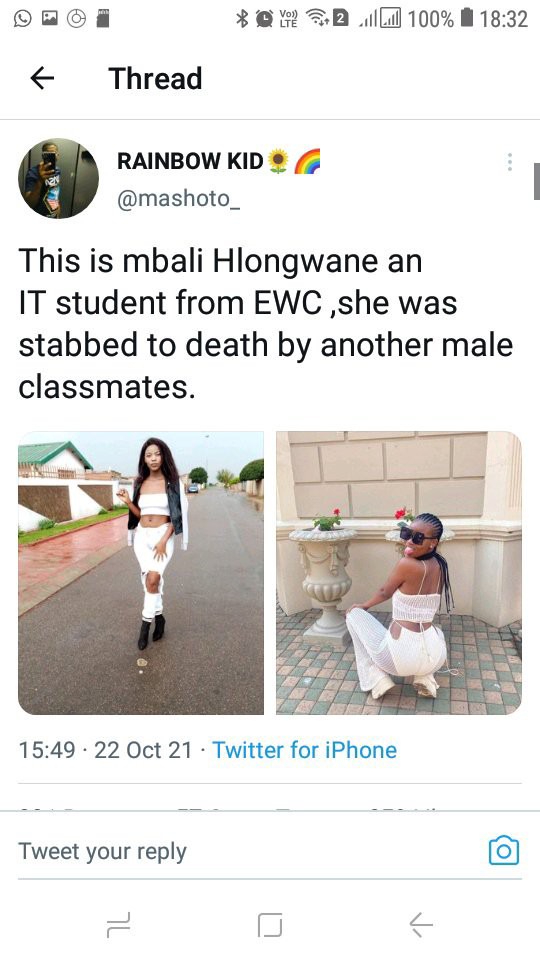 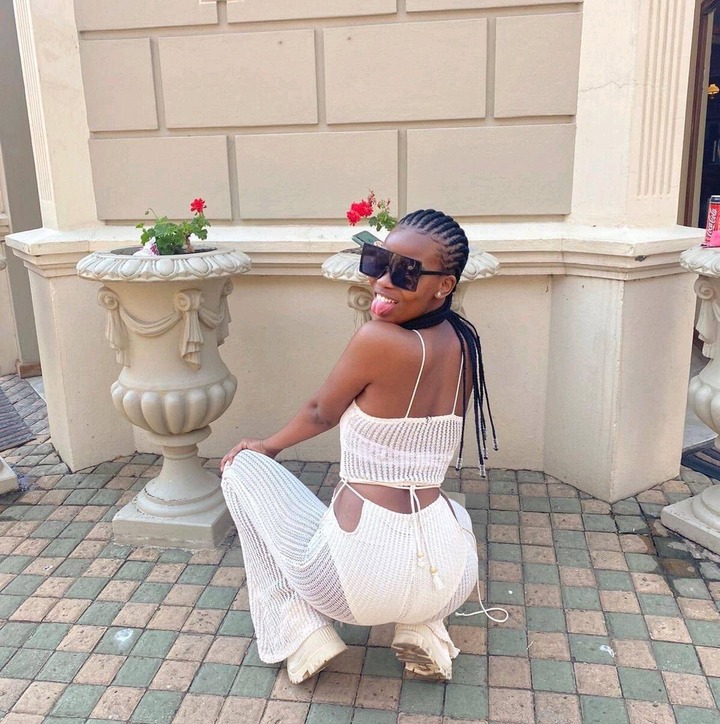 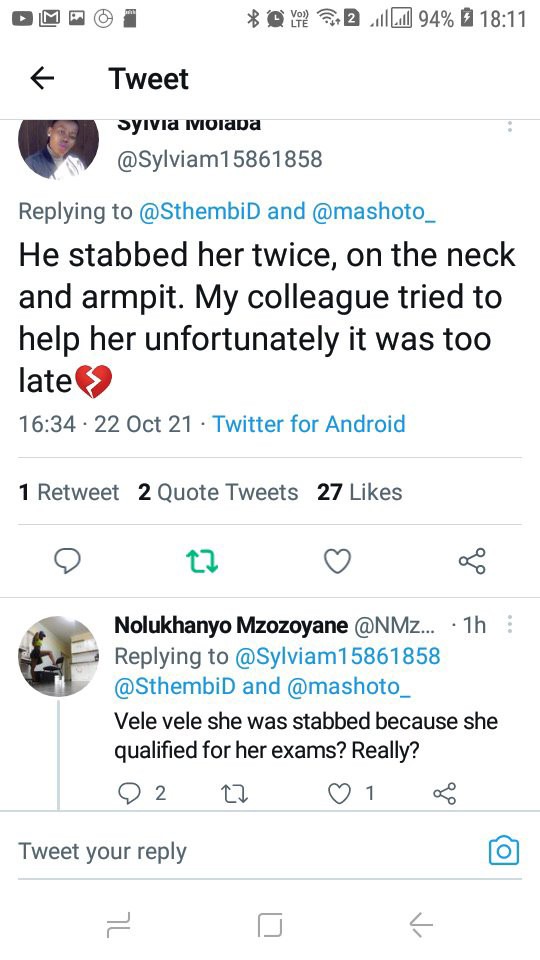 Mbali was stabbed in the neck and armpit, according to Sylvia Molaba, who seemed to be more familiar about the occurrence. She alleges that a colleague attempted to help Mbali, but that it was too late since it was too late. It is Mbali, she claims, who is responsible for her offender's ability to qualify for one of the examinations, and this is the most disturbing aspect of her predicament, according to Sylvia. They had a WhatsApp group discussion, according to her, during which he proceeded to trash Mbali's physical looks.

Twitter, a social media network, shared a screenshot of a WhatsApp group chat that had taken place. An anonymous man named Saki appears in this sucreenshot, cursing at Mbali and telling her that she will spend the next day in the hospital department while he is being sent to jail. He assured her that he would take steps to ensure that Mbali would not be given the opportunity to sit for the exam. Because of her acts, he stated that he will be imprisoned, and that when he is freed from prison, Mbali will become his employee for the rest of her life, according to the statement. As part of this communication, he informed Mbali that he had reached the age at which it is possible for him to make a sacrifice.

Some people have speculated that the man is suffering from psychological problems as a result of the photographs that have been shared on Twitter.

In the words of Baloyi Louis, Mbali attended Leondale High School and was a student of his. According to him, she was endowed with a cheery attitude, which he believes will remain etched in their minds for the rest of their life.

Mbali was attacked, and I believe that the perpetrator of this act should be brought to justice. Someone like him should not be granted bail since he appears to be someone who is unable to control his rage and envy under any conditions, and hence should not be granted bail. He has no legal authority to be in the company of innocent individuals. Mbali's soul rest in peace, may it rest in peace.

Content created and supplied by: success (via Opera News )

RIP - Another Rhythm City actor has sadly passed away