A Media Statement was released by the Gauteng Health Department following attacks that took place on the vaccination teams.

Read the Media Statement that was released below: 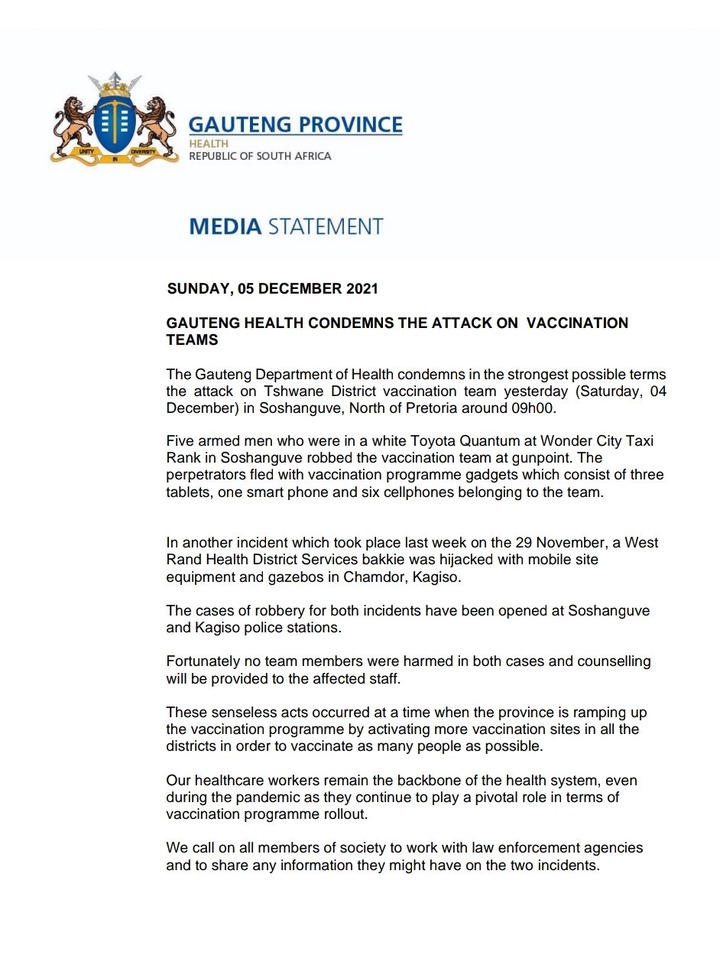 In accordance with the Media Statement, the department condemned the attack on the Tshwane District vaccination team. They were robbed at gunpoint .The robbers walked away with three tablets , a smart phone and six cellphones.

This took place on the 4th of December in Soshanguve.The robbery was allegedly carried out by five men who came out of their get away car , pointed guns to the team members and robbed them of the gadgets .

Another incident reportedly took place on the 29th of November when the West Rand Health District Services barkie got hijacked .The barkie had mobile site equipment.

Cases of robbery have since been opened for both incidences, and non of the employees was injured when the robberies took place.

“Lord Save Us From These Two Men, Our Country Is Up In Flames”—Twitter User Cry Out