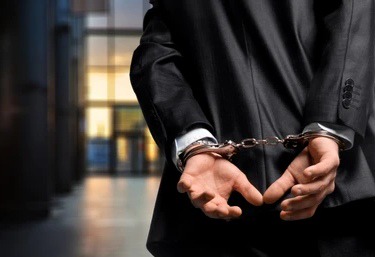 The Directorate for Priority Crime Investigation has arrested nine people, including former Gauteng Department of Health senior and executive officials, as well as private individuals and entities, on charges of fraud, corruption, money laundering, and a pattern of racketeering against the Department.

The ninth suspect is said to be out of the country, and an application for his extradition is currently being processed.

This is part of the second phase of an investigation into allegations of gross irregularities at the Gauteng Department of Health (GDoH) from 2006 to 2010.

The department awarded several contracts to an entity or juristic person for a total of R68 million (incl. VAT) per year, initially for a two-year period. However, it is claimed that this sum was overspent by R221 million with no consequences for the individuals involved.

The main contract was for the creation of a "Project Management Unit (PMU)," which was first awarded on July 4, 2007, and was extended for another three years on February 17, 2009, without going out to open tender, at a cost of approximately R273 million per year.

Several senior and executive department officials are accused of receiving bribes from the main service provider and subcontractors in the form of cash, loans, gifts, and all-expense-paid local and international vacations.

It is also claimed that none of the officials from the Gauteng Health Department ever declared such gifts.

In October 2020, four senior officials from the Gauteng Health Department, Sybil Ngcobo, Mmakgosi Mosupi, Valdis Romaano, and Obakeng Mookeletsi, were charged with similar offences and appeared in the Palm Ridge Magistrate's Court for corruption charges worth R1.2 billion tender. They will reappear on 28 January 2022.

13 people rescued from burning building in the Durban CBD

She allegedly died after posting her Matric results: Matric 2021