Thohoyandou - reports about four Polokwane-based Indian pupils caused stirs on social media and seemingly attacked one of the most influential South African politicians, Malema who frequently urged his party volunteers to help find the culprit. 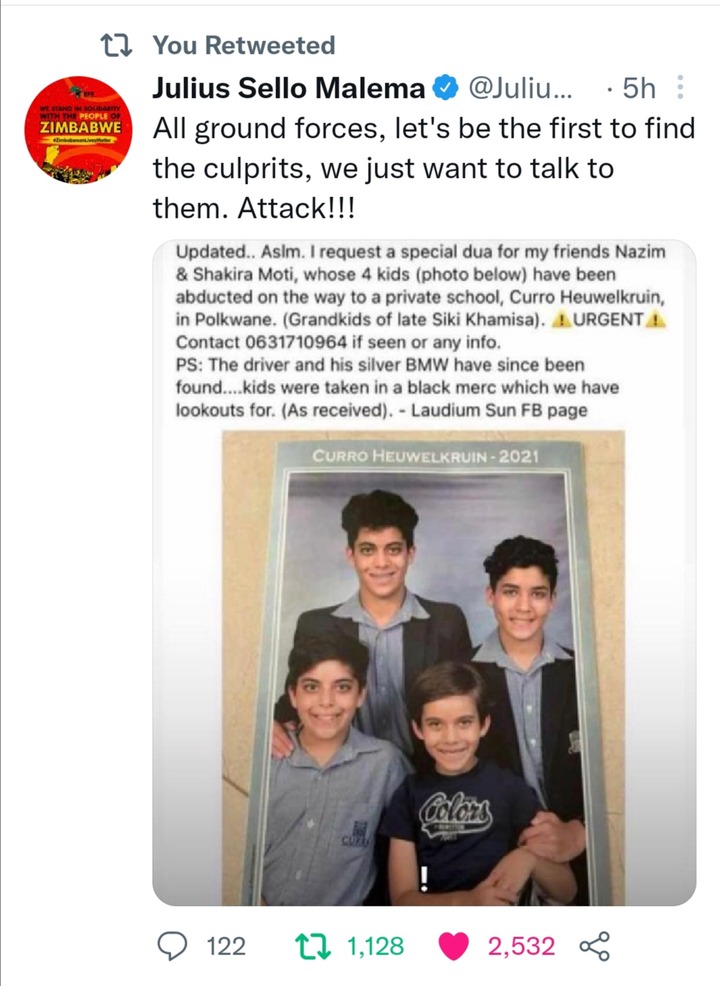 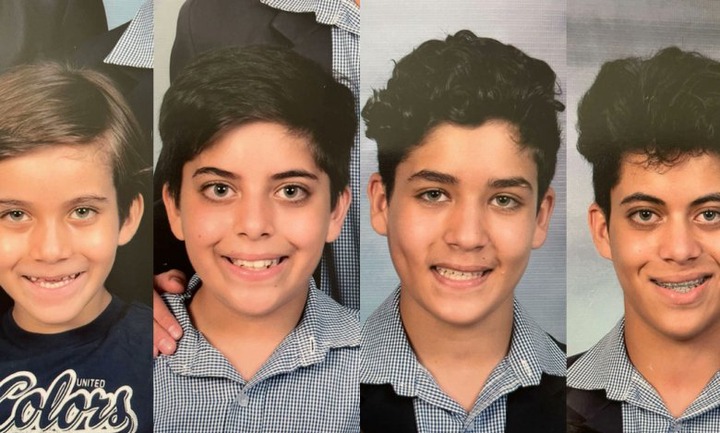 Four minors named Zidan, Zayyad, Alaan, and Ziya Moti were in their school uniform traveling with their driver on R37 road near N1 bypass when he was blocked by two cars.

According to the Sowetan newspaper, four brothers aged 6, 11, 13, and 15 years of age were making their way to school during which a sudden event partook. As things stand, four pupils were traveling with their driver in a BMW vehicle when an armed gang hijacked the car with everyone else inside, including the driver. 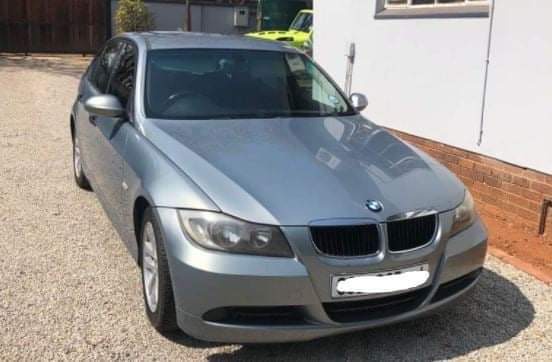 However, the hijacked motor vehicle was later found abandoned but everyone else reportedly got transferred to a runaway car, a Silver grey Toyota Fortuner that speedy headed to Louis Trichard.

Be that it may, the reason behind the incident is still yet to be discovered since police investigations are underway but notable is that the four abducted brothers are sons to a prominent Limpopo-based business family of Nazim and Shakira Moti, and that necessitated thoughts that hijackers and kidnappers may be seeking ransom.

Interestingly, the vocal Economic Freedom fighter Julius Malema made a shocking statement while commanding his party followers to find the culprit or assist anyhow. As seen in his official Twitter news feeds, Malema urges the EFF ground forces to help insinuate that, " we just want to talk to them ".

The family legal representative expressed hardship faced by the family as a result, however, the family suggested that the culprits may seek ransom but there is no communication with them yet.

The police have confirmed the kidnapping of four sons of a prominent Limpopo-based businessman, who were abducted at gun point from a vehicle that was transporting them to Curro Heuwelkruin Independent school in Dalmada, Polokwane this morning.

Stop, 5 Common Foods That Can Kill You