Phoenix Community wants the accused murderer to be released.

By MBCNetwork (self media writer) | 17 days ago

When the free Jacob Zuma movement turned into chaos in July, a diabolic spirit was engulfing the Phoenix Community in Durban as the largely Indian majority took up arms to "defend" their property.

The night vigilantes set up checkpoints to try and limit the flow of people into and out of their communities and screen potential looters.

As always the case when people took law into their own hands there was a confrontation between the civilians and vigilantes which led to the death of 38 people as per the police reports. 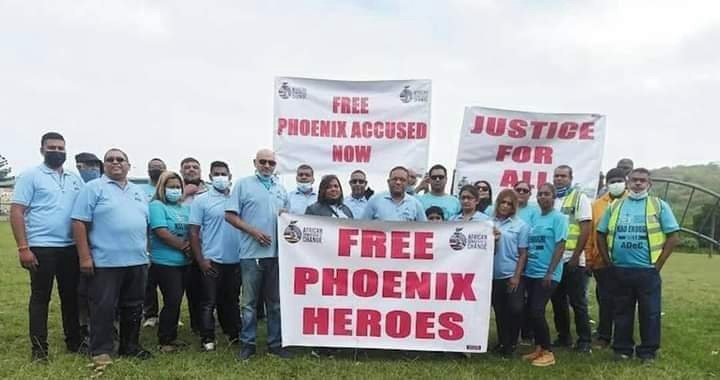 The SAPS embarked on a manhunt to bring the perpetrators to book and more than 20 suspects were arrested. Although some of the suspects have appeared before the court few details are being released to the public.

The families of suspects currently in jail for various crimes allegedly committed during the unrest are now breaking their silence demanding the release of their relatives. Now called heroes, the families refute that the members were undertaking criminal activities during the unrest.

Rather they tried to protect the community hence they should be applauded and rewarded for their heroic acts rather than being arrested.