Is This A Witchcraft? Car Hijacker Found Dead Inside The Stolen Vehicle 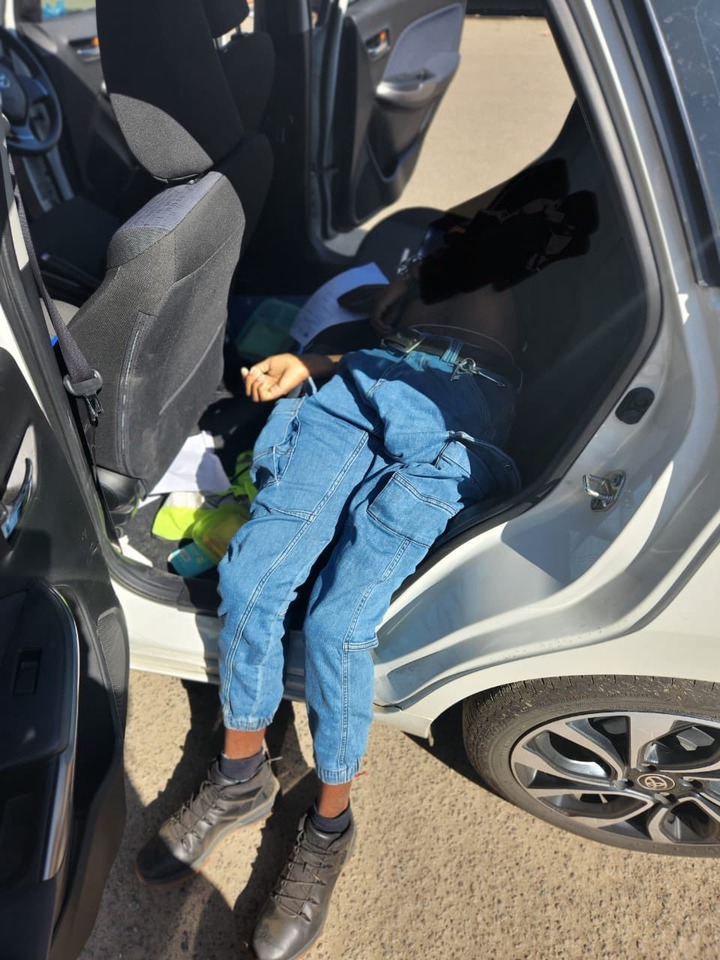 The people's vehicles are stolen every day in south africa,there is no vehicle exempted from being stolen.The criminals are equal to the task and kept up with the technological developments and advancements that are installed in the vehicles for security purposes,this criminals don't necessarily need a key to get away with one's vehicle.They are well equipped with the signal jammers and bypassing equipments.Tracker is not a problem for this guys,unfortunately,some.of the vehicles are taken to the foreign countries after being stolen,the trackers installed in many vehicles cannot operate beyond the south african borders,thus making it difficult for the tracking companies to locate such vehicles,when they fail to deactivate the tracking devices,the strip the vehicles and take a very important parts like the tyres,doors and the interior of the vehicles and sell them to the people working with the vehicles. 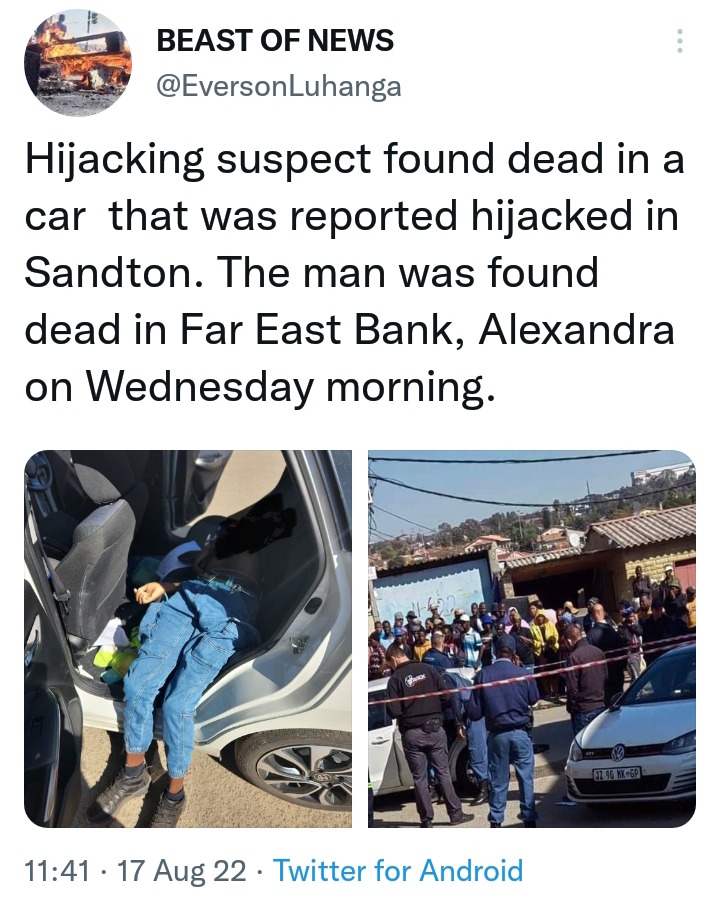 One guy who allegedly stole the vehicle in sandton was found dead inside the very same vehicle.The man was found in the East of Alexandra lying dead in the vehicle,there are no signs of torture or anything that may suggest that the suspect was murdered.The police were called to the scene and they took the body of a suspect to the government mortuary and the vehicle to the police station.

It might be that the suspect was already ill but his illness didn't disabled him to walk,there are those people who are not necessarily showing any signs of illness but later found deceased.Though it is not scientifically proven,many african people believes in witchcraft,some people are perfoming the traditional rituals to their property to discourage criminals from taking them.The Africans cannot deny the fact that they were in one way or the other being subjected to the traditional practices which promotes the use of traditional medicines,It was only when the alternative religious practices came to Africa and many africans abandoned their traditional practices.