THE community of Ntuzuma, Durban, is still reeling from the discovery of the body of a five-year-old boy hanging from a tree on Sunday.

According to Solezwe, the child's body was found by other local children playing near Dumehlezi High School, and they called the adults.

Local councilor Derrick Mngadi, who said he did not want to comment further on the matter because it was in the hands of the police, said he had also gone to the scene and witnessed it.

“The child's body then decomposed, indicating that it had been hanging in the area for days. The police were called immediately and took us away, saying we would have to be examined to determine the cause of death, ”said Mngadi.

He pointed out that at present in the Ntuzuma community no family had ever reported missing a child. He estimated that the child was likely to be out of place.

"We do not want to say too much, so that the work of the police will not be disrupted. "Because the matter is being handled by them, they will guide us through what they will find if they investigate, contacting other channels, perhaps with dockets that have been reported missing," said Mngadi. 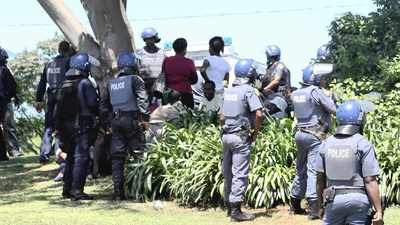 KwaZulu-Natal police spokesman Lieutenant Colonel Nqobile Gwala said they could confirm that the death docket was being investigated by Ntuzuma police.

“This follows the discovery of the body of a five-year-old child. The body was found on Sunday in Ntuzuma in G. The circumstances that led to the incident are also being investigated, ”said Lt-Col Gwala. He said the family of the child was unknown.