A morgue or mortuary in a hospital or elsewhere) is a place used for the storage of human corpses, people who are no more waiting to be identified by their loved ones, removal for autopsy, respectful burial, cremation, or other methods of disposal. In modern times, corpses have customarily been refrigerated to delay decomposition.

As much as there are no jobs and people are struggling to make ends meet, there are some jobs some people swore they will never go and do because of the type of job that's done there. But some people are saying they will do anything for money it doesn't matter what it is just as long as it's money.

R2500 a day it's a lot of money and you can do a lot of things with it. A question that got people talking on social media after a Twitter user by the name of Prow the BOMB asked people a question saying would you work at a morgue to wash corpses for R2500 per day? 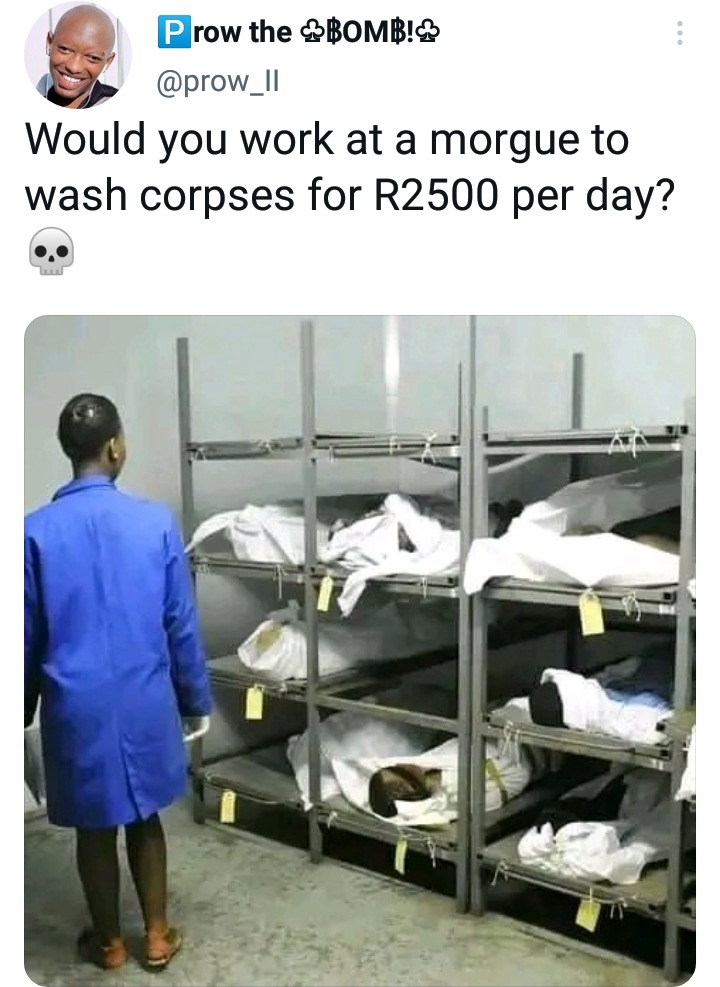 After seeing this post some people were against this as they say that they wouldn't do that because they are scared that the person might wake up while they are busy washing them. But it looks like money has power as some people are saying they won't mind doing it as they also heard that you can make money by taking the water you used to bathe a corpse and selling it to businessmen they use it to attract money and bewitch people.

People are not scared of curses, yes people want money they want to be rich, but some of those people you don't know how they died and you don't know the curses they had before they died for you to use their water. That's why today we have people who have bad luck Is because of such things, easy money won't get you anywhere so there's no need to do such things. 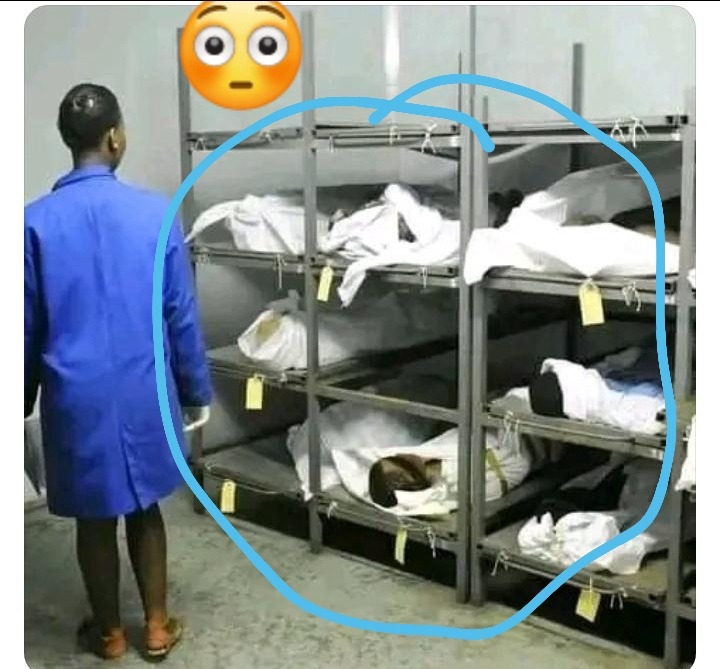